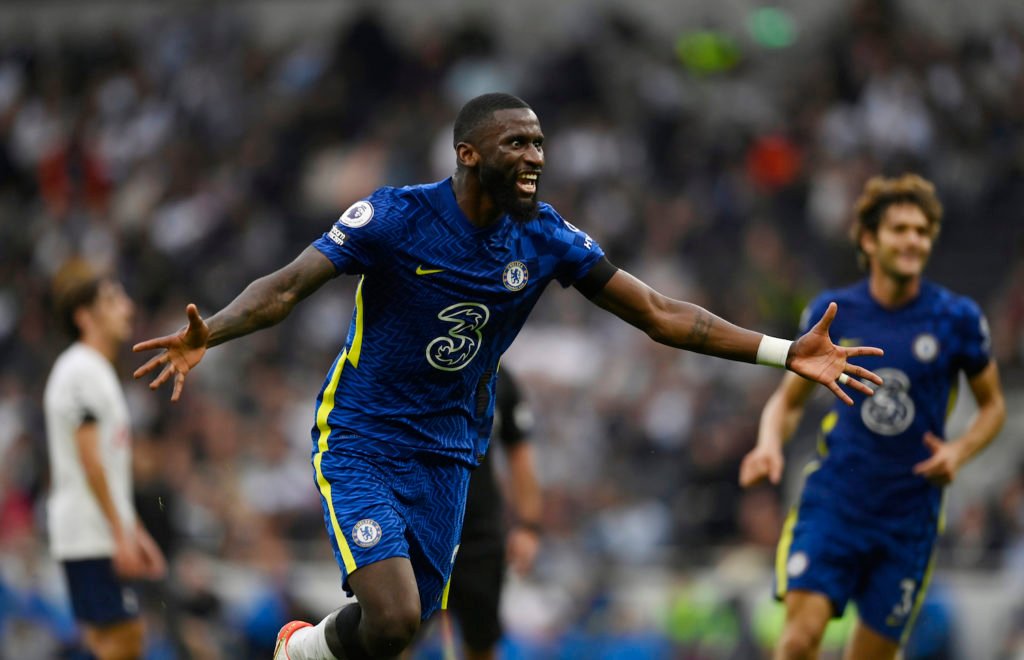 We continue our Scout Notes of the weekend’s Fantasy Premier League (FPL) matches with analysis of Tottenham Hotspur v Chelsea.

For a briefer recap of all of Sunday’s action, check out our Scoreboard summary here.

ANOTHER CLEAN SHEET FOR CHELSEA

Chelsea have made an impressive start to the season, collecting 13 points from their opening five matches. During that time, they have kept four clean sheets and are still yet to concede a goal from open play.

Against Spurs, Kepa Arrizabalaga (£4.9m) replaced the injured Edouard Mendy (£6.0m) in goal, who was ruled out after taking a ‘huge hit’ against Zenit in midweek.

“Edou got a huge hit and we tried everything in the last days. He never felt fully comfortable in diving and getting another hit on it. Yesterday in training, we decided if a miracle doesn’t happen overnight then Kepa will play.” – Thomas Tuchel

At the back, Andreas Christensen (£5.0m) returned to the right of the Blues back-three, which meant a wing-back role for Cesar Azpilicueta (£6.0m). As a result, Reece James (£5.6m) was on the bench and has now started just 14 of Tuchel’s 24 Premier League matches in charge.

Despite the changes, Chelsea were difficult to break down, especially after the introduction of N’Golo Kante (£4.9m) for Mason Mount (£7.4m) at half-time, as they restricted their opponents to just two shots on target and 0.73 xG.

In addition to the clean sheet, centre-backs Thiago Silva (£5.4m) and Antonio Rudiger (£5.5m) both scored and registered huge hauls for their owners, with 15 and 14 FPL points respectively.

At Spurs, the Spaniard thrived and supplied the assist for Silva’s opener, as he ended the match with four shots in the box, 42 final-third touches and a massive 15 crosses, all game-leading totals.

Alonso looks far more than just a placeholder for Chilwell right now, though the latter will surely be handed his first start soon as Chelsea compete on a number of fronts.

“[Chilwell] came from a Champions League win and from 90 minutes and a strong performance [in the final] and had a good end of the season in general. Then it was individually for him a tough Euros because there were chances I think when he thought he could have played, and he did not. It was hard for him to totally relax and to get this personal disappointment, that he would never put out on the team, off his shoulders. And when he arrived here [for pre-season] I felt he was a bit mentally tired, a bit still worrying about the situation.

Marcos was here the whole pre-season, he did every single training session and he took this opportunity and was so, so great with such huge quality and attitude. So, Marcos was crucial for us from the first day in training and then he delivered in Chilly’s position. And these are our two specialists for the same position, so this is a tough competition for both of them. We had talks with Chilly about the situation. There are no further worries for Chilly, he has to be patient and keep on training.” – Thomas Tuchel on Ben Chilwell and Marcos Alonso

Mateo Kovacic (£5.1m) has now provided one goal, three assists and two bonus points so far this season. As a result, he ranks eighth amongst all midfielders for FPL points, but is his attacking output sustainable?

The Croatian international has been heavily involved in the final-third across the opening five Gameweeks. In fact, amongst all team-mates, only Alonso and Mount have registered more touches in that zone. However, he doesn’t get too far beyond that, with just six penalty area touches to date.

It’s also worth noting that his three assists have arrived from an xA total of 0.83, and with just four shots in the box, the likes of Bryan Mbeumo (£5.5m) and Conor Gallagher (£5.6m) probably remain better budget options.

At just £5.1m, we can’t really argue with the value Kovacic is offering right now, but despite that, the fact that he would take up a valuable third Chelsea spot may not be optimal, especially given the Blues’ fixture schedule from Gameweeks 7 to 11:

“I was absolutely not happy with the first 45 minutes. There were individual performances that were already great like from Kepa and Thiago Silva, and even more players were good, but in general we lacked energy and being more relentless in duels.

I had the feeling that we wanted to impress by pure skills but in a game like this in the Premier League, a derby away at Tottenham, it’s not only about skilful play. It’s also about aggression, winning duels and performing better as a team.

After winning their opening three Premier League matches, it is now back-to-back 3-0 defeats for Spurs, who have scored just one goal from open play this season.

However, there were positives against Chelsea, as they were the better side in the opening 45 minutes and welcomed back Son Heung-min (£10.0m) from injury, having previously missed two games with a calf strain. The South Korean international was at the heart of Spurs’ early chances, though he did understandably tire as the match went on.

Following Gameweek 5, Spurs are seventh in the Premier League but rank near the bottom in various underlying numbers, with the caveat that they have already faced arguably the two best teams in Europe – Manchester City and Chelsea – so far.