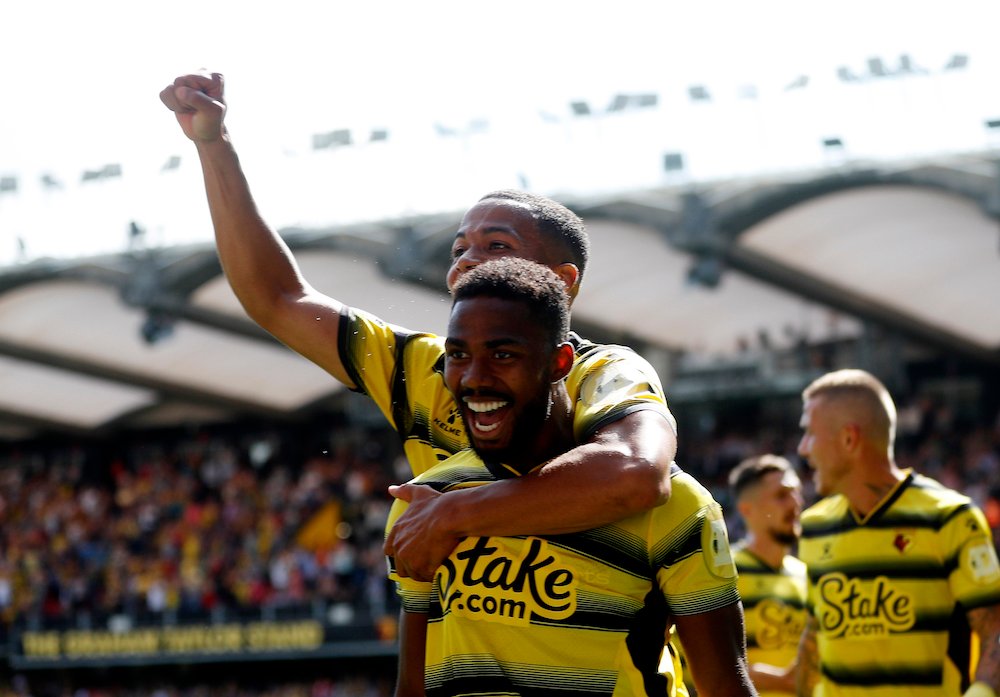 Those who keep an eye on the Suspension Tightrope widget on our homepage will be aware that the yellow cards are steadily racking up for several Premier League players.

The respite provided by the October international break seems like a good time to take stock of the disciplinary situation around the top flight, particularly as two Fantasy Premier League assets (FPL) are now just a booking away from a ban after only seven Gameweeks of 2021/22.

The yellow card amnesty is not until after the completion of a team’s 19 league fixtures (more on that later), after which the threshold moves up from five to ten bookings.

Those Fantasy Premier League assets already sitting on three and especially four cautions still have a long way to go before they are in the clear, then.

The two players who are currently a solitary yellow card away from suspension are Watford’s Emmanuel Dennis (£5.3m) and Tottenham Hotspur’s Oliver Skipp (£4.5m).

Budget forward Dennis is the big name from an FPL perspective, sitting in over 10% of squads.

Those four bookings haven’t come out of the blue, either: he has committed more fouls (20) than any other Premier League player this season.

There are some notable names among the throng of players on three bookings, too.

WHEN ARE THE CUT-OFF POINTS FOR SUSPENSIONS?

As we mentioned in the introduction, the yellow card threshold is raised to ten after 19 league fixtures.

For all teams, that currently means following the completion of Gameweek 19 on Boxing Day.

Chelsea’s involvement in the Club World Cup in December would presumably cause the Blues to have a Blank Gameweek, however, and would likely push their 19th league fixture back – although there are suggestions the tournament could be moved to February.

And any other Premier League postponements, whether they be weather-related or Covid-enforced, would naturally change the situation further.

The threshold for ten yellow cards is after 32 league matches, which will be April at the earliest.

Players collecting ten bookings before that point will serve a two-game ban.

Punishments for yellow card accumulation are competition-specific, whereas suspensions for dismissals cover all competitive matches.

Keep your eyes peeled on our Suspension Tightrope widget over the coming weeks and months, as we’ll be updating that after every Gameweek to keep you informed on the latest disciplinary developments.