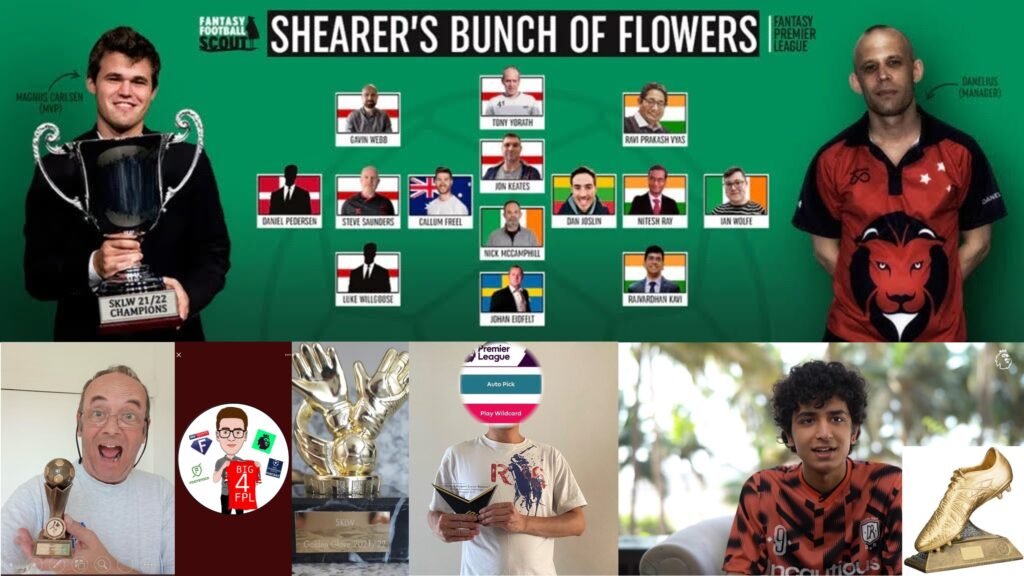 The competition is returning and this time with a World Cup theme, so expect team names with puns around Zidane’s headbutt, Pele’s love of viagra and World Cup Willie.

Anyway, this feels a bit like putting up the Christmas decorations in the middle of summer as it is only June, but despite that premature feeling, it’s time to launch this year’s recruitment drive.

“Why so early?”, I hear you cry. Well, for good reason as this year we are going large with our most ambitious plans yet for the Community Tournament that brings together the FPL Community into teams that will battle it out over the coming season.

However, we need your help; yes, you, the one with the Fantasy Premier League (FPL) countdown calendar, and dreams of being the next Alf Ramsey, Joachim Low, Luiz Felipe Scolari but probably not Steve McClaren.

That’s right, this season we are looking to expand to 32 teams. So if my maths are correct, that means we need 32 team captains to recruit and lead your squad of FPL managers to victory.

WHAT ARE YOU TALKING ABOUT?

There will be a few who have never experienced the joys of the Community Tournament so for those naïve types, let me explain. As for the grizzled, experienced participants, feel free to skip to the next paragraph.

In summary, the Community Tournament allows you to join up with other FPL managers in teams of 16 who will then compete in matches through the season, with winners decided by the combined score of your squad with extra points for those placed into head-to-head (H2H) combat. There will be a much more detailed explanation in future articles by Boris Bodega, who does the science stuff.

However, at its beating heart, it’s a chance to get together with other FPL types in a bit of friendly competition. I can’t promise group hugs and cheese fondue evenings but you will have fun.

LEADER OF THE PACK

So, what do you need to do as a Team Captain? Well, it’s quite simple really:-

There are trophies to be won with awards for winning the overall league and cup competitions plus some individual trophies to add a little fun. There is even a wooden spoon for those who are less successful.

The Wall of Winners from last year can be seen below:

Also, this year we have agreed with FPLMeets (big thanks to Nima here) to have an end-of-year face-to-face awards ceremony for those who want to collect their prize in the flesh.

We also have a number of prominent and Hall of Fame FPL managers who are taking part and will be part of an MVP draft, meaning you can recruit them into your team with results shared on FPL BlackBox. This year that includes:

Full disclosure: Fabio and Magnus will take a more hands-off approach in your squad with just their scores added during the season but the rest are all fair game and should be active in the various group chats.

There will also be regular updates via Community articles, Tournament PodCasts and even Twitter, if that is your thing as well.

To apply to be one of the Team Captains then fill in this form here by June 30, although the earlier the better and we will then announce who has been successful. Now shake those Roger Milla hips and get on with it!

If you want to get involved but not as Team Captain then never fear, we will be opening to general applications at the start of July.

Follow-up articles will appear right up to the kick-off of the tournament in Gameweek 2 but if you have any burning questions then please comment below.

Your FPL Community needs YOU!