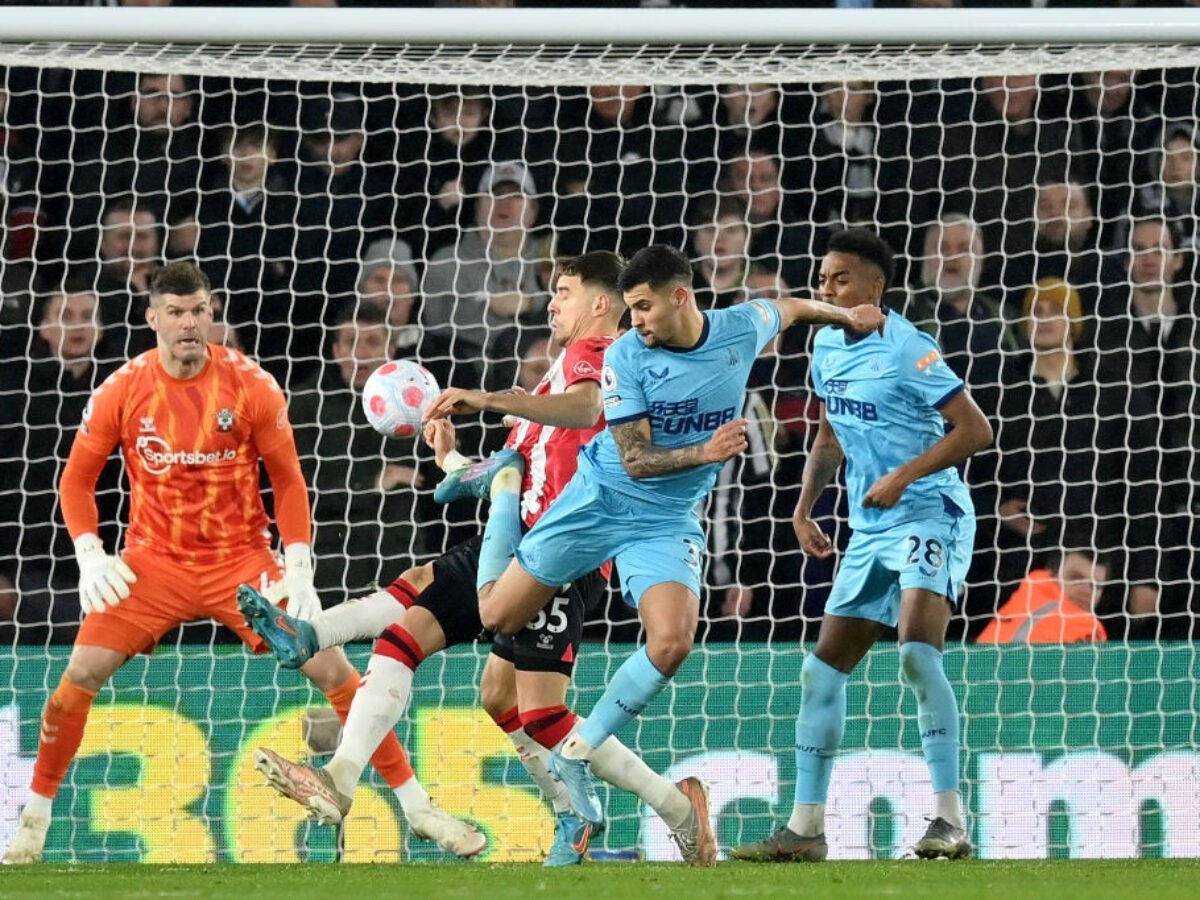 Kicking off our pre-season ‘Great Expectations’ series is an assessment of Newcastle United midfielder Bruno Guimaraes.

In these articles, we look at players who have shown glimpses of promise and are potentially on the cusp of a breakout Fantasy Premier League (FPL) campaign.

Most of the stats and graphics used in this piece are taken from our Premium Members Area here.

As the first big signing of the Magpies’ new ownership, there was already an expectation on the 24-year-old to justify his £40m price tag. Yet it didn’t take long for him to do so.

Guimaraes’ full debut at Southampton was memorable for his casual back-heeled volley to win the game.

The addition of both Eddie Howe and five winter signings caused a dramatic shift in Newcastle’s form. No Premier League team had ever escaped relegation having not won in their first 14 attempts.

However, not only did they survive, it was a comfortable mid-table finish on 49 points. Since January 1, only Liverpool, Manchester City and Tottenham Hotspur have better records.

Five Bruno Guimaraes goals from 11 starts helped with this, with the Brazilian bagging a brace against Leicester City in Gameweek 33 before notching strikes that defeated both Norwich City and Arsenal.

Already loved by fans, the truth is that this run of goals is a purple patch for his career so far – only six had arrived in 117 league games for Lyon and Athletico Paranaense.

When comparing his heat maps of recent seasons, there seems to be no great change from ‘box-to-box midfielder’.

His all-round qualities have already been displayed in the Premier League, alongside the goals. Since his first start in Gameweek 28, Guimaraes ranks as Newcastle’s best outfield player for shots (20), expected goal involvement (3.79), tackles (60) and recoveries (74).

However, in a wider context, his attacking statistics aren’t particularly impressive when compared to other FPL midfielders. In the same period, these goal attempts rank in 25th place, also coming 63rd for penalty area touches (19).

Above: Over the course of the season, Bruno Guimaraes was ranked only 43rd among midfielders for minutes per expected goal involvement (xGI).

An initial FPL price tag of £5.0m was given to Guimaraes in January, under the assumption that he’d be a defensive midfielder.

He was seldom used as a ‘number six’, however, instead being deployed as a more all-action midfielder to the right of deep-lying playmaker Jonjo Shelvey.

Above: The xG shotmap of Bruno Guimaraes after his move to the Premier League

With such an impressive end to the season and a slightly more advanced role under Howe, expect his 2022/23 starting price to rise.

“Goals weren’t necessarily one of the areas where we felt he would enhance us as a team, but he has, he’s scored some key goals for us.” – Eddie Howe

The Magpies begin the season at home to Nottingham Forest and, if it wasn’t for the early meetings with Man City and Liverpool, they would likely have been deemed a team to target from an FPL perspective.

The Brazil international will have a full pre-season behind him and, with the World Cup coming in November, there is a place in their starting line-up to play for.

There is already a strong midfield connection with fellow Brazilian Joelinton, so adding some attacking talents to the flair of Allan Saint-Maximin and goal-scoring instincts of Callum Wilson should, in theory, mean that Newcastle – and Guimaraes – are seeing more of the ball in threatening areas that the Magpies’ faithful have become accustomed to in a barren few decades.

Where he was a real bargain in 2021/22, a starting price of around £6.0m-£6.5m would probably be a fairer summation of his FPL value. An average of a shot in the box and a chance created every 81 and 88 minutes respectively is more Conor Gallagher (92/75) than Bukayo Saka (42/44), so expectations have to be tempered a little.