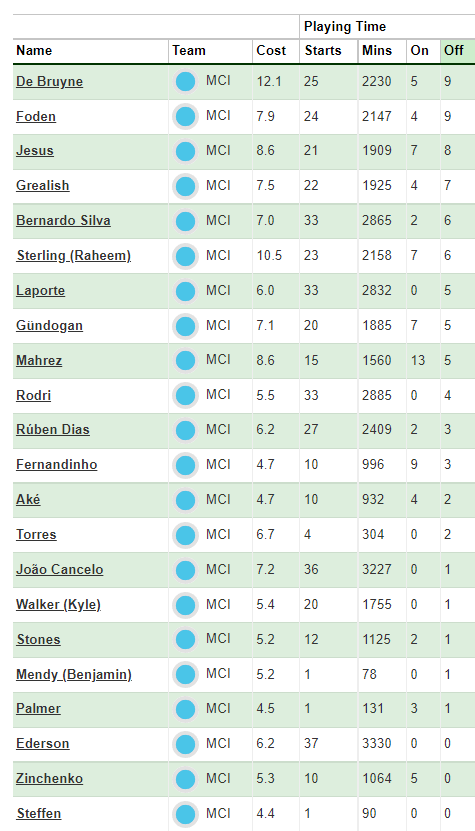 From the start of 2022/23, Premier League clubs will be allowed to make five substitutions per match.

We’re looking at how this rule will affect Fantasy Premier League (FPL) managers next season and have already assessed what happened when five changes were previously – and briefly – allowed in 2019/20.

Now, we take a more focused look at the players from last season’s top five teams who look the likeliest to avoid a withdrawal and those who are most prone to being substituted.

In particular, we are hoping to find out more about defensive assets and their chances of making it to the magic 60-minute mark to bank clean sheet points.

For this article, we’ll look at how Pep Guardiola, Jurgen Klopp, Antonio Conte, Thomas Tuchel and Mikel Arteta handled their substitutions in 2020/21.