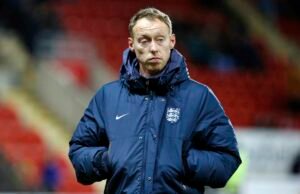 Our series on the newly-promoted Premier League sides continues with this look at Nottingham Forest’s head coach, Steve Cooper.

We assess his background, tactical approach, tendency to rotate and openness with the press ahead of Forest’s Fantasy Premier League (FPL) debut, as well as looking at areas of his squad he might strengthen in.

An article on the Championship play-off winners’ defence and attack will follow.

Everything you need to know about fellow new boys Fulham and Bournemouth can be found here.

WHAT IS COOPER’S BACKGROUND?

After a fairly unremarkable playing career in Welsh football, Steve Cooper stepped into coaching at academy level, first with Wrexham and then with Liverpool, a period which saw him develop such young talents as Raheem Sterling and Trent Alexander-Arnold.

He then moved to the England set-up, guiding the under-17s side to World Cup success in 2017, with his team widely praised for their attractive, attacking style of play.

“It’s about playing our way… we want to play with purpose, dominate possession, play forward and get the ball back as quick as we can. That’s always our plan.” – Steve Cooper discussing his team’s approach whilst England Under-17s manager

Having achieved international success with the Three Lions, Cooper took his first step into senior football management with Swansea City in June 2019. During his two seasons in charge, he led the Swans to back-to-back play-off qualifications, but suffered defeat on both occasions and departed after losing to Brentford in the 2020/21 final.

Cooper’s next job was at the City Ground in September 2021, where Nottingham Forest were rock bottom of the Championship upon his arrival. The side he inherited from Chris Hughton had lost six of their first seven games, but he instantly transformed their fortunes, guiding them to Premier League promotion at the first time of asking via the play-offs.

WHAT TACTICS DO FOREST PLAY UNDER COOPER?

Above: Nottingham Forest’s starting XI vs Huddersfield Town in the play-off final

Steve Cooper has mainly used a 3-4-1-2 formation at Forest, a system he settled on during an excellent second half of the 2021/22 campaign.

A back three of Joe Worrall, Steve Cook and Scott McKenna formed a tight defence, with Djed Spence deployed as an advanced wing-back on the right. The youngster was not only allowed over the halfway line but actively encouraged to bomb down the wing.

However, with Spence not expected to return to the City Ground next season, it will be interesting to see who will play this role in the Premier League, as it does carry potential in the current set-up.

Central midfielders James Garner and Ryan Yates were largely box-to-box, with Philip Zinckernagel at his best in a number 10 role behind forwards Keinan Davis and Brennan Johnson.

Having previously been deployed in a wider role, the speedy Johnson thrived in a front-two alongside Davis and was the outstanding young player in the Championship last season.

Matters are further complicated, however, given that three of those aforementioned players – Garner, Zinckernagel and Davis – were also on loan and have since returned to their parent clubs.

“Cooper can be flexible but already has a preferred system tailor-made for the Premier League. He’ll unquestionably go with a 3-5-2 with the wing-backs pushing up very high in home matches, while sitting deeper in away matches. I imagine we’ll sign a defensive midfielder – perhaps Ainsley Maitland-Niles – to partner Yates in central midfield and unlike Garner last season, they will likely remain more disciplined, with Yates the most likely to raid the box late when in possession.

“Cooper has shown willingness to switch formation according to opponent and the match situation and will revert to a straight back four if he feels the midfield is being overrun. However, he’ll need the personnel to do that so much depends on the squad size as to the level of flexibility available to the manager. Yates can be used as part of a back three, so we might see McKenna sacrificed in some games to chase a result, with Yates an option to drop back should he seek to revert back later in matches.

Don’t be fooled by the front two either, as the forwards will often drop into wide areas between the full-back and centre-backs to open up gaps for a raiding number 10. This is why I personally find Johnson’s classification as a forward as a little unkind given that he not only shows propensity to naturally take up a wide role, he’ll also often be instructed to take up this position, even in a front two.” – Mark Sutherns

WHAT STYLE OF FOOTBALL DOES COOPER FAVOUR?

“Our ambition is to play a certain style of football. It is not easy because I am asking for us to play a brave, positional game which is about trying to be creative and exciting. Those are things that are hard things to do in the game. Sometimes we get it right, other times we don’t. That’s football.” – Steve Cooper

Forest are likely to be a counter-attacking side next season, which is where they were at their best in 2021/22, with plenty of fast transitions.

In the Championship, they looked to dominate the ball and score goals, but were equally comfortable mixing it up. For example, at Swansea in April, they had just 30% possession but still ran out 5-1 winners.

They aren’t necessarily a pressing side but do look to win the ball back high up the pitch when there is an opportunity.

Can their current style translate to the top-flight? Some alterations, of course, will need to occur, but their approach last season should stand them in good stead, as evidenced by their FA Cup run:

“Forest are not a defensive team, they just defend well and, when they win possession and attack they are often quick and decisive. Cooper will likely create his tactics around those qualities, conceding possession to the majority of opponents and relying on organisation and Henderson’s shot stopping to keep Forest in games, while looking to the front two to provide a clinical cutting edge when the ball is turned over. So don’t expect high possession or even a high press, instead watch for Forest adopting an organised shape and then springing quickly, moving the ball without hesitation from back to front. The two wide centre-backs are often key to progression, they will be charged with driving into midfield, attracting defensive cover to spring the two wing-backs who, in turn, will look to slot in the front two with their pace in behind. Awoniyi – in the Keinan Davis role – will be expected to hold the ball up and bring others into the game, particularly the number 10 who will be charged on joining the attack at all times.” – Mark Sutherns

DOES COOPER LIKE A SETTLED SIDE OR WILL HE ROTATE?

Eight of Forest’s first-choice starting XI made 38 league starts or more in 2021/22 and Mark explains that regular rotation hasn’t been an issue, which is good news for Fantasy managers considering their assets in the summer.

“Certainly in 2022, it became obvious that he had a settled first XI and, even when the procession of matches came thick and fast, stuck with that for most matches. He might rotate his number 10 if he has options, but other than that, I see Forest lining up with a very settled starting XI and, given that they already withstood the most hectic of Championship schedules, I don’t see him feeling he has to rest and rotate, particularly with five subs at his disposal.” – Mark Sutherns

HOW DOES COOPER HANDLE THE PRESS – AND WILL HE GIVE US HONEST TEAM NEWS?

Press conferences form a big part of how Fantasy managers pick their team, so it is always important to assess what role Cooper will play in that.

Are Forest going to be a team we can rely on for accurate injury information, then, or will Cooper keep us guessing in his press conferences?

“I wouldn’t trust Cooper to give us all the team news. I’ve seen examples – McKenna’s early return from a hamstring injury at Luton and Davis’ return to the bench for the playoff semi-final – where he has not included all the information when players return early from injury. Those two examples perhaps also demonstrate that Forest’s backroom medical staff have the ability to reduce projected injury durations and take us by surprise. So I would say, if a player is a doubt and the timing for a return seems right, don’t rely on Cooper to fill us in. He would rather tell us nothing and spring a surprise. Given that, I wouldn’t put it past him to start being even more guarded when put in front of a Premier League press panel. In short then, don’t expect clarity and 100% certainty from him.” – Mark Sutherns

WHERE MIGHT COOPER STRENGTHEN IN THE SUMMER AND WHICH PLAYERS ARE IN DANGER OF LOSING THEIR PLACE?

Last season’s starting XI has already been dismantled, with Samba, Spence, Garner, Zinckernagel and Davis unlikely to be around in 2022/23.

As a result, significant recruitment is required to build a competitive squad.

Work is already underway, however, with striker Taiwo Awoniyi having become the club’s record signing in a £17m move from Union Berlin, plus French defender Giulian Biancone on a three-year deal from Ligue 1 side Troyes.

Forest have also agreed a loan deal for Manchester United goalkeeper Dean Henderson, with Neco Williams, Moussa Niakhate and Morgan Gibbs-White some of the others linked.

“Forest are under no illusion and, from what I can see and hear, are not looking to merely survive, they’re looking to threaten for a top 10 finish. I expect another five or six through the door by the time the transfer window closes and the ploy is clearly to identify young talent that has their value locked in. Forest don’t seem to be turning to old heads, but instead relying on Cooper’s ability to nurture youth and get confident effervescent performances from those players. And why wouldn’t you – he’s proved this with England’s Under 17’s and has never failed to not reach the playoffs in three season’s as a Championship manager. Like Johnson, I think Cooper will thrive in the top flight and, before long will be in the future England manager conversation along with Graham Potter – his man management is that good, his media profile honest and forthcoming and the brand of football I anticipate from Forest will be exciting to watch.” – Mark Sutherns

“We’ve lost so many back to recalled loans, it’s hard to identify who will lose their place. I’d say Joe Lolley will struggle to see any degree of pitch time, while Steve Cook, despite being a hero of the promotion season and a key component of “The Wall” may come under, particularly if Niakhate arrives as expected.” – Mark Sutherns