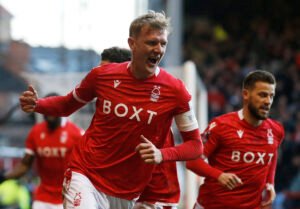 Having already provided the lowdown on Steve Cooper, our series on the newly-promoted Premier League sides continues with this look at Nottingham Forest’s defence.

In this article, we will assess the Championship play-off winners’ overall clean sheet chances and then look at some of the key Fantasy Premier League (FPL) players in their backline.

Our third and final piece will discuss Forest’s midfielders and forwards.

You can find everything you need to know about fellow new boys Fulham and Bournemouth here.

The stats in this piece are taken from FotMob and WhoScored.

WHAT IS FOREST’S CLEAN SHEET POTENTIAL?

Forest had the second-best defensive record in the Championship last season, conceding 40 goals in 46 matches, only trailing Bournemouth (39).

They kept 17 clean sheets, a reasonable return but some way short of the Cherries’ league-leading total of 21.

However, it’s worth noting that at the time of Cooper’s appointment in September, Forest had made their worst start to a season for 108 years, claiming only a single point from their first seven Championship games under Chris Hughton, a period that saw them concede 12 goals.

When he was first appointed, Cooper was flexible in his approach, switching from a back four and a central-defensive trio. But this year (see below), it has largely been a back three all the way, which has seen Forest tighten up significantly and concede only five goals at the City Ground in 2022.

“Once Cooper arrived and certainly in 2022, Forest were the best defensive side in the Championship. The trio of Worrall, McKenna and Steve Cook earned the collective nickname of “The Wall” to emphasise just how effective they were at keeping teams at bay. At the City Ground in particular, Forest conceded just five goals in 2022 and were known for their ability to limit teams to half chances.” – Mark Sutherns

The underlying stats don’t really do Forest justice, given that they are skewed due to their poor start under Hughton, but we’ll include them below for reference.