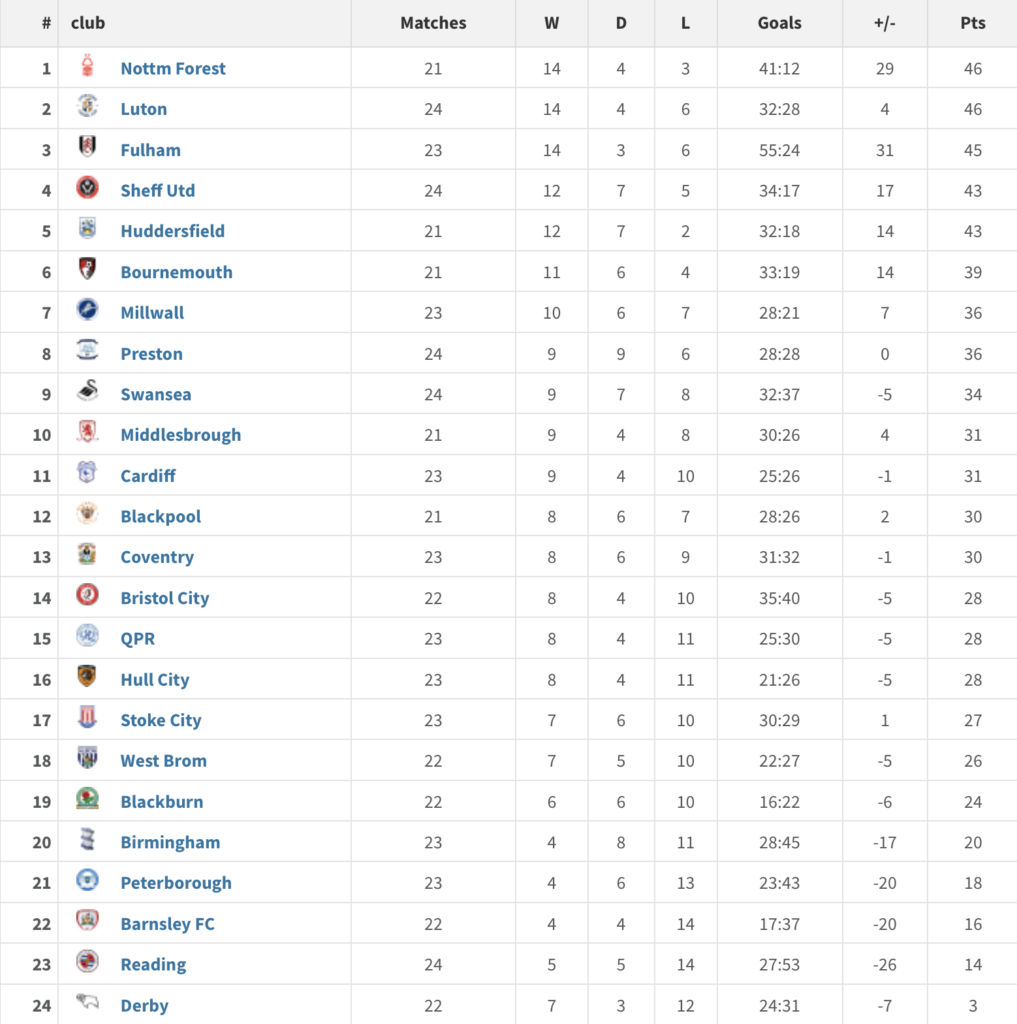 Our series of articles on the promoted sides ends with a look at Nottingham Forest’s midfielders and forwards.

We have already assessed The Reds’ head coach and defence, with focus now switching to the exciting Brennan Johnson (£6.0m) and the supporting cast.

You can find everything you need to know about fellow new boys Fulham and Bournemouth here.

The stats in this piece are taken from FotMob and WhoScored, with the heatmap courtesy of SofaScore.

WHAT IS FOREST’S GOAL-SCORING POTENTIAL IN FPL?

Forest were promoted from the Championship with the third-best attacking record, having scored 73 goals in their 46 league matches.

However, Forest plundered just five goals in their opening seven matches under Chris Hughton prior to his sacking, while it’s also worth noting that no Championship side acquired more points than them in 2022.

Above: Annual Championship table 2022, via Transfermarkt

The Reds were behind nine Championship sides for shots in the box in 2021/22, but what’s encouraging is how effective they were on the counter-attack, an area Mark highlighted as a strength.

“While Cooper likes to control the ball and possession in matches, Forest were the most effective Championship side without the ball in that they offered a sharp attacking edge on transition. They don’t engage a high press but instead defend smartly and set traps for turnovers and then attack with the pace of the wing-backs and front two to capitalise. It’s a tactic that seems set up for a newly promoted side and one that will likely see Forest cause problems, even for some of the more elite Premier League sides.” – Mark Sutherns

Mark also suggested Forest can be effective from set plays, although having lost the on-loan James Garner back to parent club Manchester United, a new set-piece specialist will need to be found.

“Cooper’s side were impressive defending at set-plays and equally adept at capitalising on weakness of their opponents from dead-balls – see Joe Worrall’s goal versus Leicester City for reference. Again though, much depends on whether they can find a replacement for Garner so that ammunition can be provided for Yates, Worrall and Scott McKenna.” – Mark Sutherns

*a loanee in 2021/22, has returned to parent club
**Transferred elsewhere