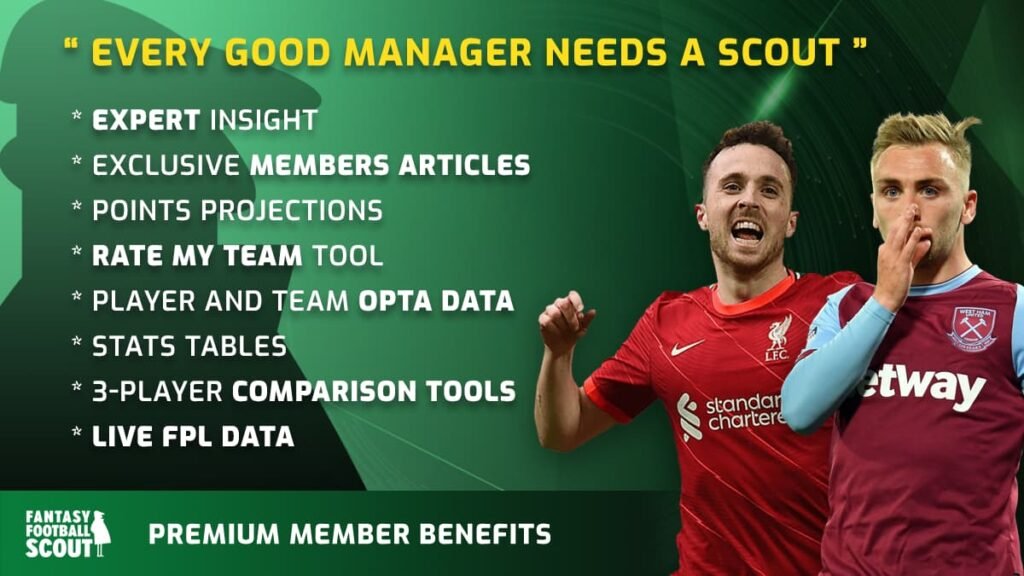 Harry Kane, Son Heung-min and Mohamed Salah were among the big Fantasy Premier League (FPL) names in action on Tuesday and Wednesday as more pre-season friendlies were staged.

Son Heung-min (£12.0m) and Harry Kane (£11.5m) carried on where they left off at the back-end of last season with three attacking returns apiece as Tottenham Hotspur’s pre-season got underway in South Korea.

The calibre of the opposition of course has to be acknowledged here (insert joke about Gameweek 1 opponents Southampton), with Son in particular the beneficiary of some abysmal defending for both of his strikes.

One of his goals was a penalty but, in case you’re worried as a Kane owner, Son was graciously handed spot-kick duties as he was playing in his home country in front of frenzied support. The winger was even substituted onto the field mere minutes into the second half, to allow him a standing ovation.

Kane’s strikes were both from distance, the first a trademark, fizzing low effort from open play and the second a deflected free-kick after Son had been fouled. Son followed up his penalty with another goal when intercepting an abysmal pass out from the back by a K League defender.

Both premium FPL picks were joined by a lively if wasteful Richarlison (£8.5m) in the front three after the break, with the Brazilian – who started the game through the middle as Kane and Son watched on from the bench – playing on the right wing in the absence of Dejan Kulusevski (£8.0m).

“Today I’ve seen a lot of positive things about Richy. The first half he played like a number nine and the second half he played on the right, behind the striker. I think he can play in all these three positions.

“I think he is strong physically and a good personality, good character, good quality. For sure also for Richy in this period he is working and we are working on the tactical aspects with him because he has to go into our idea. At the same time, we have to work on the physical aspects for him to be fit. But for sure he is a player that gives me important positions up front.

He’s a player that is a good player, strong and very good to protect the ball and attack the space. Also he made a good assist, I’m very happy that we signed him.” – Antonio Conte

Kulusevski wasn’t alone in playing no part in Seoul, with Ivan Perisic (£5.5m) also unused. Fitness issues explained their absences, while there was a reminder from Conte that coronavirus isn’t going away any time soon and will still have an impact on team selection in 2022/23.

“And yeah we had a problem with Covid, with Bissouma because the test was positive. Bissouma and Fraser [Forster]. For this reason they weren’t here with us. Yes, [they are isolating].

Spurs were in their usual 3-4-3 shape for their pre-season opener, although we were treated to the sight of Lucas Moura (£6.0m) at right wing-back in the second half as the fit-again Matt Doherty (£5.0m) deputised for Perisic on the opposite flank.

First things first before we proclaim this the start of an exciting new era under Erik ten Hag: the scoreline flattered Manchester United and they were playing against mostly academy products and reserves when racing into a 3-0 lead against Liverpool on Monday.

Jurgen Klopp’s side had twice as many shots as United and edged the game on expected goals (xG), too, along with possession.

But with those caveats ringing in your ears, it was still an encouraging start to life after Ralf Rangnick.

There were at least the signs of some identity and tactical innovation after what seemed like years of rudderless displays, with the Manchester Evening News highlighting the improved pressing, underlapping runs from full-backs and a higher line as just some of the ideas that ten Hag has already instilled. There was also, coincidence or not after a promising team display, no Cristiano Ronaldo (£10.5m).

With United players taking price cuts aplenty in FPL after a dire 2021/22, we can only hope that the progress continues and we can be presented with some potential bargains this season.

The front three against Liverpool, for example, were much more threatening after an underwhelming last year, with right-winger Jadon Sancho (£7.5m) and centre-forward Anthony Martial (£7.0m) in particular catching the eye and punishing defensive mistakes with goals.

Even Marcus Rashford (£6.5m), stationed on the left of the front three, was a little better and saw plenty of sights of goal.

“Of course it will take time, believe me I have seen a lot of mistakes but I will not say [what they were]. But to be honest, Liverpool played with three teams and they were not at their strongest, so we are not overestimating them [our players]. We saw some really good things. What you see is we have a lot of creativity and speed in the front and we have potential.” – Erik ten Hag

As for Liverpool, there are no causes for alarm given that their starting XI contained such obscure names as Isaac Mabaya, Luke Chambers and Tyler Morton.

Chances came and went for the Merseyside club and it was no surprise that the opportunities flowed once the big guns were thrown on for fitness-building cameos after an hour, with Mohamed Salah (£13.0m) striking the post and having an effort saved at point-blank range. Darwin Nunez (£9.0m) also had a couple of sniffs on his debut, while Luis Diaz (£8.0m) and Fabio Carvalho (£5.5m) had earlier hit the woodwork.

“Obviously the game came a little bit too early for us, for some of our boys, so I think we agree that we saw a lot of good things in this game, but in the decisive moments we were not clear enough with finishing our situations off. We gave massive chances away, pretty much. Pretty much no-brainers, but United did well in these moments, they finished the situations off.” – Jurgen Klopp

We’ve still yet to see Brennan Johnson (£6.0m) in pre-season, with the Wales international allowed a belated return to training after representing his nation in June.

A similar side to the one that took on Coventry City last week was named by Steve Cooper at the Pirelli Stadium, with Forest again in the 3-4-1-2 set-up that their manager favoured towards the end of 2021/22.

Two £4.5m midfielders again lined up in the middle of the park in the shape of Cafu and Jack Colback, with the former claiming the assist for the only goal of the game when his corner was met by defender Steve Cook (£4.5m).

Their pre-season game-time prospects were given a brief lift by an injury to regular Ryan Yates (£5.0m), who is now a big doubt for Gameweek 1 because of a knee problem.

“Yatesy is out for a month. He got injured in Spain, unfortunately. He’s strained a ligament in his knee. It’s a blow for him.

“As you’d expect, he came back extremely fit and raring to go. He hit the ground running in Spain, caught the eye in training, and then unfortunately he’s picked that up.” – Steve Cooper

But having seen Yates’s midfield partner of last season, loanee James Garner, return to Manchester United, it always looked likely that Cooper would seek to bolster his options in the engine room this summer. That effort will surely be doubled now that Yates is out, so don’t count on either Cafu or Colback lining up against Newcastle United on the opening weekend.

“There will be more [signings], there has to be. There’s certainly a fair few that need to come in, for sure.” – Steve Cooper

There might also be some mild anxiety about the game-time of Neco Williams (£4.0m), the bargain-bin defender who many FPL managers were hoping to count on this season. With Williams’ return to pre-season training delayed due to his involvement with Wales last month, the versatile Giulian Biancone (£4.5m) has laid down a marker at right wing-back, impressing against admittedly limited opposition on Monday and going close to scoring again after his goal against Coventry last week.

The marginally stronger side took to the field at Ipswich, with Michail Antonio (£7.5m) leading the line for the Hammers and in the thick of things at Portman Road.

It was the forward who provided the cross that Kurt Zouma (£4.5m) scored at the second attempt, with Antonio having earlier struck the woodwork with an effort of his own.

The profligate incarnation of Antonio, who we saw for much of 2021/22 after his incredible August, was then in evidence again as he wasted two clear openings either side of half-time.

Over at Boreham Wood, Said Benrahma (£6.0m) scored West Ham’s only goal of the game with a direct free-kick. The Algerian spurned a one-on-one chance later in the first half.

Moyes’s troops were again stationed in the usual 4-2-3-1 in both matches.

The Hammers were still missing their international contingent, including Jarrod Bowen (£8.5m), who were given an extended break after representing their countries last month. They have already begun pre-season training, so should be involved against Reading on Saturday.