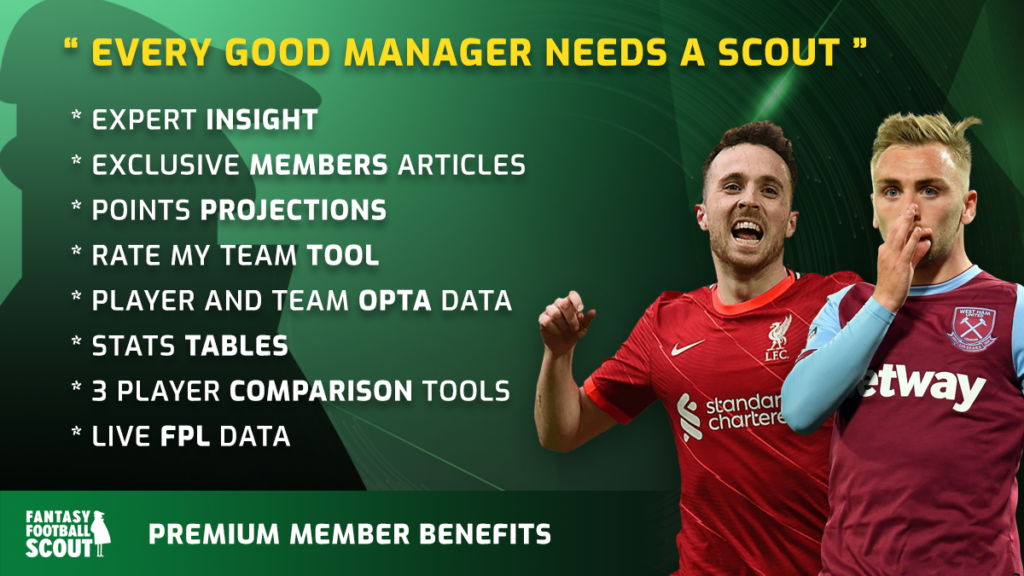 There were more pre-season friendlies contested in the last 24 hours and we’ve got all the goal, assist and line-up information you need in this latest Scout Notes article.

Despite being named on the bench, Erling Haaland (£11.5m) was an unused substitute in the 2-1 win over Club America in Houston.

The Norwegian hitman missed out with a minor injury complaint, although Pep Guardiola has since confirmed it isn’t anything serious:

In Haaland’s absence, it was Kevin De Bruyne (£12.0m) who stepped up with two goals before he was substituted after 71 minutes. The first strike was simply outstanding, as he curled a wonderful 18-yard effort into the far corner from the edge of the box, while the second arrived from a cute Riyad Mahrez (£8.0m) through ball.

“Last pre-season he arrived in bad conditions because of injuries. He took a long time to get his best condition but the start of this season was the opposite. We saw in sessions he’s sharp and strong and he continued with the same level as last season, it was his best season in terms of scoring goals and he’s started really well.” – Pep Guardiola on Kevin De Bruyne

Away from the premiums, Julian Alvarez (£6.5m) led the line up front and impressed with his ability to link play, while another new signing, Kalvin Phillips (£5.0m), slotted into defence as he replaced Nathan Ake (£5.0m) for the second half.

And that’s a situation worth monitoring, too, with Ruben Dias (£6.0m) unwell and Aymeric Laporte (£6.0m) perhaps unlikely to be fit for the season opener.

“Julian (Alvarez) was incredible, defensively he is quite similar like Gabriel (Jesus). Gabriel is probably the best, but he is close to him in aggression and how intuitive he is, he makes the runs and with the ball he’s absolutely brilliant. He can keep the ball and you can link with him without a problem. We have the feeling we signed a top-class young player for the next years to come, and we are delighted. The job that Marcelo Gallardo did at River Plate, we have the benefit, and hopefully he can grow up in an important league like the Premier League.

All the young lads did really well, and Stefan (Ortega), he did well. We are impressed with how good a keeper we have now – his composure, we are impressed. Kalvin (Phillips), he already knows perfectly (the Premier League) – he needs time to understand what we want him to do and help him with his movements and shapes. We are very pleased.” – Pep Guardiola on his new signings

Gabriel Jesus (£8.0m) was a second-half substitute and certainly livened things up after coming on, combining with Nketiah – who was interestingly used down the left flank on Thursday – for the youngster’s second-half strike.

Notably, the duo have already racked up a combined seven goals in four pre-season outings.

“We want to build those relationships and they haven’t played a lot of minutes together yet, the same with Martin (Odegaard) and Gabi (Martinelli), for example. We have to start to do that, we obviously do it in training, but to put it into practice in matches is important and you can see that they’re finding themselves with good timing and it’s important because they are two players with a big goal threat.” – Mikel Arteta on Gabriel Jesus and Eddie Nketiah being used as a strike partnership

Away from the on-field action, Oleksandr Zinchenko (£5.0m) was spotted watching from the stands ahead of his imminent transfer, with Arteta later discussing his ability to play in midfield and as a left-back:

“He can play in both (defence and midfield). He was a natural no 10 early in his career and we converted him into a left back which can do a lot of things that we want in our way of playing. That versatility is something that is going to be important for the team because we have players in that position who are more specific full back so I’m really happy.” – Mikel Arteta on Oleksandr Zinchenko

Chelsea were held to a 1-1 draw and beaten on penalties by MLS side Charlotte FC on Wednesday night.

Christian Pulisic (£6.0m) opened the scoring but the Blues tasted defeat after a woeful panenka penalty miss by Conor Gallagher (£6.0m). Go on, treat yourself…

Raheem Sterling (£10.0m) was introduced at the start of the second half but despite showing flashes of promise, generally disappointed alongside Mason Mount (£8.0m) and Kai Havertz (£8.0m) in Chelsea’s new-look front three.

In terms of positioning, it was Mount right, Sterling left and Havertz central, but it was his team’s attacking display that Thomas Tuchel was most unhappy with after the match:

“In general, I would say we played a good first half but unfortunately only for 80 metres of the pitch. The last 20 metres were not good enough, even in the first half. We found a lot of spaces to accelerate and to penetrate the box but we struggled with our decision-making and precision in the last 20 metres. It was simply not good enough for the effort and quality we showed in the first 80 metres of the pitch. The amount of space we had and the amount of attacks we created, there were simply not enough clear chances or deliveries in the last 20 metres. We played a very good match in all the other aspects but in the second half, it took us about half an hour to show some quality and that was maybe for 10 minutes so not good at all – not offensively, not structure-wise, not in effort or the hunger to be the dominant team.” – Thomas Tuchel

However, while it looked like a standard 3-4-3 on paper, it was actually a fluid system which turned into a back four when in possession. That meant James would slot in at right-back, which is something to monitor in the forthcoming matches.

“Timo had some hamstring problems so we didn’t take the risk with him tonight. Kepa has had some pain that was disturbing him to feel free in the movements, nothing too much but we didn’t take the risk. Azpi took a big knock above his knee on his muscle in training. He ran into Edou (Mendy) in an accident and is in some discomfort but if it was a Premier League match then I think we would have taken the risk. We just felt that today it was not worth it in case he did any further damage and is out for another three or four days. Ross has felt his hamstring for a few days now, the same like Timo. It’s more of a discomfort than an injury but like the others, we didn’t think there was any need to take a risk at this stage of pre-season.” – Thomas Tuchel on his injured quartet

Everton were thrashed 4-0 by Minnesota United in the final match of their US tour.

Frank Lampard named a strong XI that included the likes of Jordan Pickford (£4.5m), James Tarkowski (£4.5m) and Dominic Calvert-Lewin (£8.0m), but the visitors were blown away by the MLS side as they conceded three first-half goals.

Minnesota are in the middle of their MLS campaign, and their additional fitness levels showed here, but it was a worrying display by the Toffees with a lot of questions still to be answered before their Premier League opener against Chelsea in just over two weeks’ time.

Calvert-Lewin missed a couple of opportunities, but the day was best summed up by a terrible miss by Dele Alli (£5.5m) and a Michael Keane (£4.5m) own-goal.

“The players have to work and understand we were in a relegation battle for a big portion of last season. We had an amazing night (against Crystal Palace) and an amazing run… but, as soon as that finished, I put it to bed very quickly, so the players have to put it to bed as well, because we were in that fight for a reason. And if we don’t want to be in that situation again, they have to be better and I have to be better.

“As a club, it (the Minnesota game) reinforced the situation in terms of what we need to do with the squad, because it has to be stronger than what we saw tonight. When you think of where we were last year, we have lost a big player in Richarlison… we wish him well, but our club now continues. We know there is a void in the forward areas, we are short in numbers there.” – Frank Lampard

“I switched the formation to a back four, and it was really interesting to see. At the back end of last season, we went to a back three and back five to find ways to get results. For me, it was a different test for the players to go into a back four, in terms of defensively, the organisation of the team, and the quality on the ball to move the ball through the lines.” – Frank Lampard