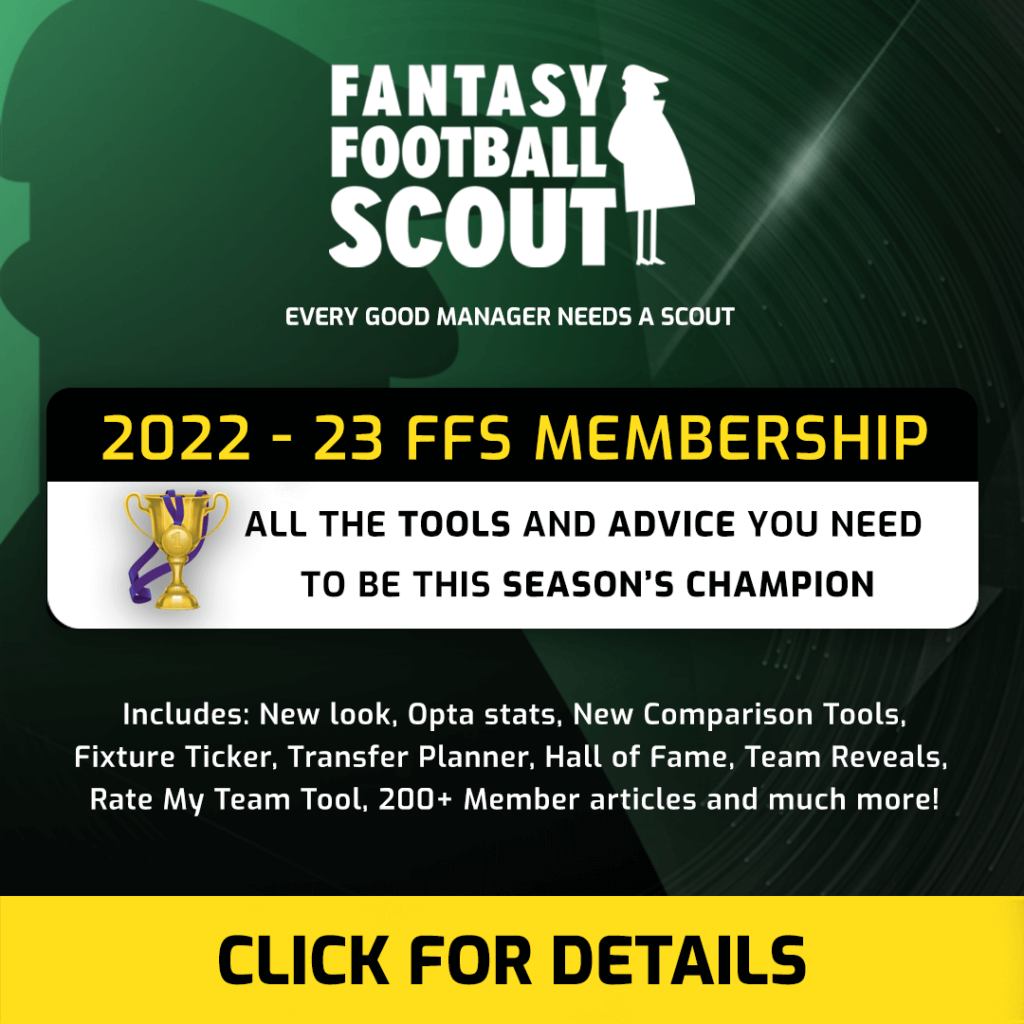 We’re nearly at the end of pre-season, with this weekend seeing the final round of warm-up matches take place.

Four Premier League teams were also in action on Tuesday, however, and we’ve got all the goal, assist, line-up information and Fantasy Premier League (FPL) talking points you need in this latest Scout Notes article.

The right-back supplied both of Miguel Almiron‘s (£5.0m) strikes, with the Paraguayan continuing a rich vein of pre-season form that has seen him score four goals in recognised friendlies and another two in an ‘unofficial’ warm-up game against Burnley last weekend.

“It was excellent from Miggy and he could have scored another one as well. So getting goals from him in good goalscoring positions was great. His finishing was excellent, his second goal in particular was a great finish.

“Miggy is such a good team player. He’s great in the dressing room and every aspect of his personality is very good. I am delighted to see him scoring goals and playing with confidence. I hope it is the start of a really good season for him.” – Eddie Howe

Almiron, of course, is not someone we FPL managers associate with goals – far from it. His highest tally in a single campaign with Newcastle is four, while 2021/22 saw the winger score on just one occasion.

Pre-season form is to be taken with a fistful of salt, too, although Almiron’s Newcastle career wouldn’t be the first that Howe had salvaged after the likes of Joelinton (£6.0m), Fabian Schar (£4.5m) and Emil Krafth (£4.5m) were revitalised last season.

Jonjo Shelvey (£5.0m) will be assessed for a hamstring injury, meanwhile, something that could help hand Sean Longstaff (£4.5m) or Joe Willock (£5.0m) a start in Gameweek 1.

A second-string Brighton outfit were beaten by a late Ivan Toney (£7.0m) strike in both clubs’ penultimate pre-season friendlies.

Graham Potter clearly had one eye on Saturday’s last warm-up match against Espanyol as the final chance to fine-tune his starting XI ahead of Gameweek 1, although here he did at least persist with the same 3-5-2 formation that he has favoured since the back-end of 2021/22.

Enciso may still leave on loan, while it’s fair to say that Undav hasn’t quite hit full throttle yet after his 25-goal campaign in Belgium last season.

As for Brentford, head coach Thomas Frank named a stronger XI without being full strength; Bryan Mbeumo (£6.0m) and Rico Henry (£4.5m) were two notable new absentees, along with the injured Ethan Pinnock (£4.5m) and Kristoffer Ajer (£4.5m). First-team regular Christian Norgaard (£5.5m), meanwhile, has yet to kick a ball in pre-season.

Brentford ended up last season in a 4-3-3, with Frank saving the 3-5-2 formation he had started 2021/22 with for matches against the so-called bigger teams.

Both systems were in evidence last night, to keep us guessing ahead of Gameweek 1. Yoane Wissa (£5.5m) and bargain-bin FPL midfielder Josh Dasilva (£4.5m) lined up either side of Toney in a 4-3-3 in the first half, with Dasilva dropping back into central midfield upon the switch to a 3-5-2 after the interval.

Dasilva has racked up more minutes than any other Brentford central midfielder in pre-season, so it’ll be interesting to see if he features in his manager’s final line-up of the summer this Saturday – the last pre-season friendly before Gameweek 1 is often a good indicator of an opening-day line-up.

The sole goal of the game came from a Kjell Scherpen error, with Toney finishing in front of an open goal.

An understrength Forest side drew 2-2 with their cross-city rivals, with the game being of precious little interest to Fantasy managers.

Cafu (£4.5m) would seem, on paper, to be a Fantasy asset worth monitoring and he continued a very decent summer with a goal and an assist, the former being a rasping free-kick from distance.

Used mostly in central midfield over pre-season but here deployed in the number 10 role that will be earmarked for Jesse Lingard (£6.5m), the expectation is nevertheless that he won’t be near Steve Cooper’s first-choice XI when new and future signings have bedded in.

Lingard should make his debut this weekend, according to his new boss:

“He’s been brilliant on the training ground, I think everybody has raised their game a little bit and I’m sure he’ll feature against Valencia at the weekend.

“Jesse wants to play for Nottingham Forest, he wants to be part of this team and part of how we work and play.

“He’s been a real positive influence around everybody so far, he’s a really positive, good addition and we can’t wait to work with him.” – Steve Cooper on Jesse Lingard

Ryan Yates (£5.0m), whose absence has also led to increased pitch-time for Cafu and Jack Colback (£4.5m) over the summer, returned against County on Tuesday after injury.

Also back after fitness issues was Sam Surridge (£5.0m). While teammate Lyle Taylor (£4.5m) is still expected to depart for pastures new, the only slightly more expensive Surridge is worth monitoring for FPL managers in the market for a budget forward.

He has featured in every Forest league and play-off game since joining the club in January, scoring seven goals – including a hat-trick against Swansea in April – in 20 appearances.

Brennan Johnson (£6.0m) and Taiwo Awoniyi (£6.0m) will likely be the starting pair in Gameweek 1 and further reinforcements could yet arrive up top, but Surridge may well be this season’s (more expensive) Greenwood/Gelhardt figure who contributes regular minutes as a substitute and even as an occasional starter.

“A couple of the more senior boys didn’t do so well, truth be told. There’s no point shying away from that – they’ve fallen a bit short with individual performance. But some of them didn’t really play for us in the Championship, so it’s going to be difficult for them to play for us this year.

“It was always part of the plan to be a bit of a bounce game. We knew we wanted to play a certain type of game against Union Berlin (a 1-0 defeat last Saturday), and we know we want to play a certain team against Valencia at the weekend. This game in between was for the guys who needed some minutes.

“We’re on course. It was good for Yatesy and Sam, good for the kids, and a little bit of confirmation on some other stuff.” – Steve Cooper on Tuesday’s match