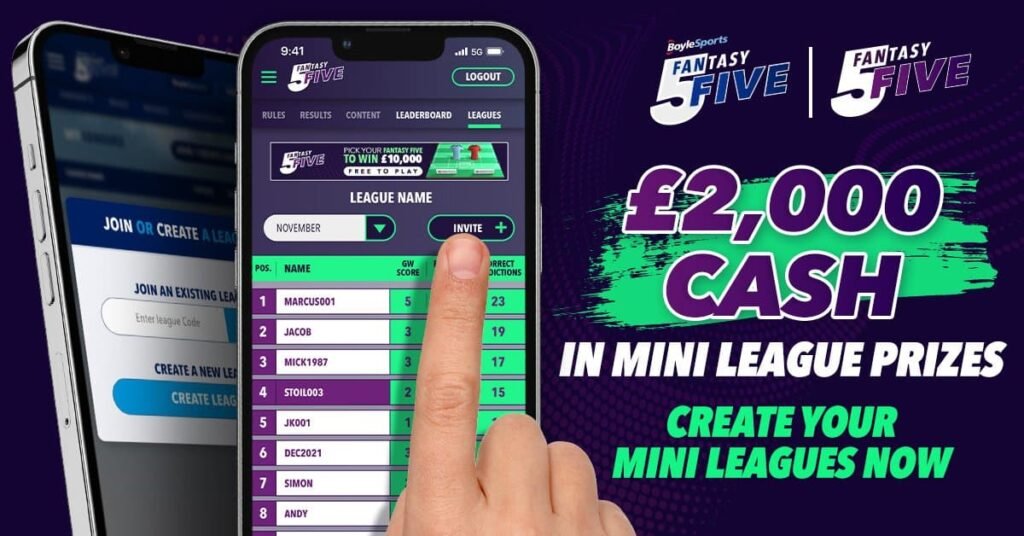 After weeks of tweaking, you’ve set up a Fantasy Premier League (FPL) squad for Gameweek 1, joined a range of mini-leagues and briefly remembered what hope feels like. Just don’t forget to submit a Fantasy5 line-up, as you could miss out on a cool £10,000 prize!

Yes, the free-to-play weekly Fantasy5 game is back, and there are various other prizes on offer beyond the whopping jackpot.

It’s as simple as this: pick five players from the nominated Gameweek 1 matches below and, if they all exceed their ‘points targets’ (a par score set by Fantasy5 for each asset), you’ll be in the money:

We have selected our own picks for Gameweek 1, which can you can read below.

The deadline for this week’s entries is at 15:00 BST on Saturday 6 August.

Starting at Spurs, where quotes from the pre-Southampton press conference have added uncertainty over the match fitness of Ivan Perisic (6.5) and Matt Doherty (6.5). The latter seems especially unlikely, leading us to another attacking wing-back, Emerson Royal (6.5).

Meanwhile, Leeds host Wolves after a decent pre-season ended with a 6-2 win over Serie B side Cagliari. Patrick Bamford (6.5) scored twice and is hoping to put a bad season of hamstring, foot and ankle injuries behind him. A home match versus Wolves’ new back-four system could be an ideal place to start.

The only summer signing amongst these picks is Raheem Sterling (8.5), now donning the blue shirt of Chelsea. With a five-season FPL average of just under 200 points, the 27-year-old England international guarantees goals and will be determined to prove that Pep Guardiola was wrong to sell him.

Jadon Sancho (7.5) has three goals from four pre-season outings, forming a promising front three with Marcus Rashford (8.5) and Anthony Martial (6.5). As the latter has been ruled out of the opener against Brighton, expect Sancho to return from the illness that kept him out of last weekend’s friendlies.

Finally, key Man City players like Kevin De Bruyne (10.5), Erling Haaland (10.5) and Joao Cancelo (8.5) have been priced very highly for their trip to West Ham. So let’s back Jarrod Bowen (7.5) – the scorer of both goals during their 2-2 draw less than three months ago.