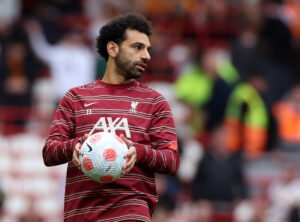 We’ve put together our Scout Picks ‘bus team’ ahead of Gameweek 2 of Fantasy Premier League (FPL).

For those who haven’t seen this article series before, it’s essentially a rough, first draft of our regular picks, which get finalised and published much closer to the deadline.

We are limited to a £83.0m budget for our starting XI, unless using a back-five formation. In that scenario, it drops to £82.5m, as £17.5m is the minimum spend that our substitutes will cost.

Off we go again, then, with our early thoughts on the runners and riders up for selection in Gameweek 2, followed by the preliminary picks themselves.

The opening weekend of the 2022/23 Premier League season produced plenty of surprises, with Manchester United suffering defeat against Brighton and Hove Albion and Liverpool dropping points at newly-promoted Fulham.

However, Mohamed Salah‘s (£13.0m) opening-day double-digit haul felt reassuringly familiar, rewarding those who captained him with a goal and assist.

Erling Haaland (£11.6m), meanwhile, also started fast with a brace of goals at West Ham United, and it’s clear the pair are the two stand-out attacking options to own ahead of Gameweek 2.

Defensive cover from both Liverpool and Manchester City also feels important, with Trent Alexander-Arnold (£7.5m) and Joao Cancelo (£7.0m) our favoured routes in, given their ability to contribute points at both ends of the pitch.