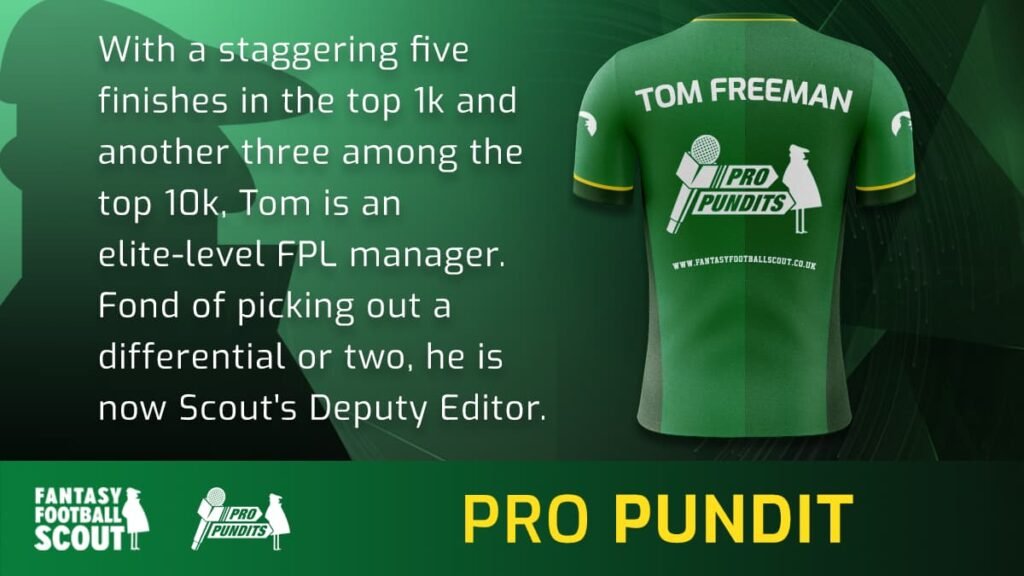 With Fantasy Premier League (FPL) 2022/23 underway, we’ll be welcoming back our stellar team of Pro Pundits and Hall of Famers for the new campaign.

The new FPL season is underway and if you owned Mohamed Salah (£13.0m) and Erling Haaland (£11.6m) in Gameweek 1, chances are you probably got off to a good start.

Fortunately, I was on the right side of the Haaland/Harry Kane (£11.4m) swing, ending the round on 73 points.

However, as focus now turns to Gameweek 2, here are some observations from the opening weekend that I found interesting, plus my own team and transfer plans.

Arsenal recorded a clean sheet in their 2-0 win at Crystal Palace on Friday night, with the impressive William Saliba (£4.5m) named man of the match on his first competitive Gunners start.

“You don’t really see that. At 21 years old, debut in the Premier League, against this opponent, against physical players – and resolve that situation the way he has done it. With that composure, with that calmness and with that presence. So big credit to the boy.” – Mikel Arteta on William Saliba

Now manager Mikel Arteta has options, I think their defensive assets will offer real value in 2022/23, especially given their fixture run between Gameweeks 2 and 8.

The full-backs inverted roles mean when the team loses possession, there is space for opposition wingers to exploit, but this new system should at least hand Arsenal more control, something they lacked towards the end of last season.