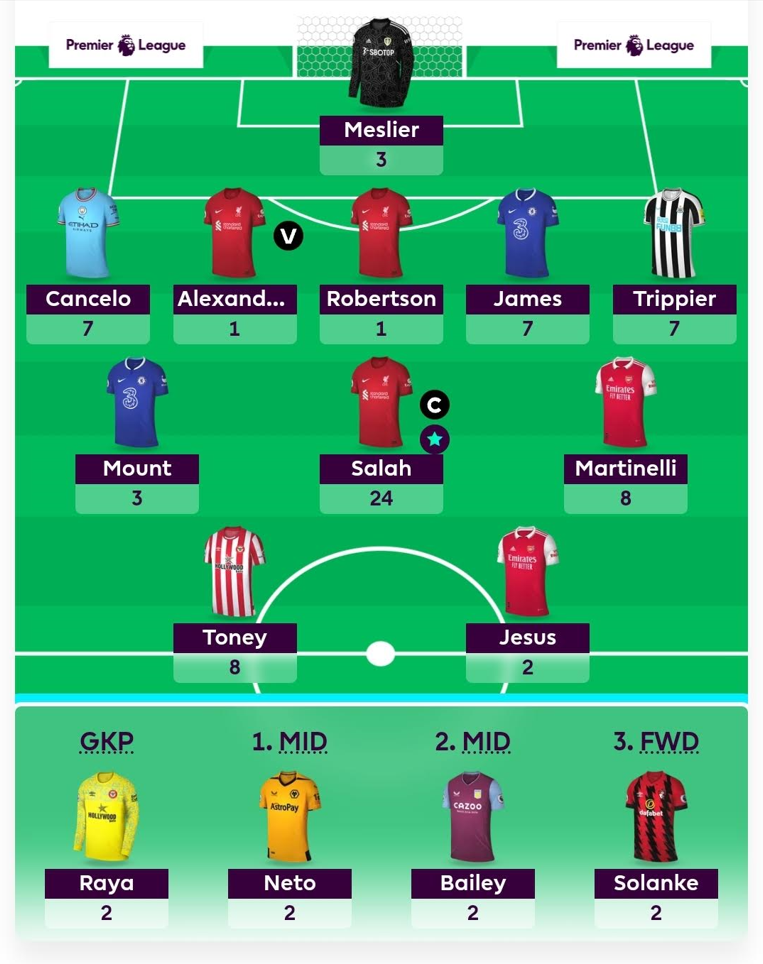 FPL Trader – aka Paulius – is currently ranked 37th in our Hall of Fame and wrote an excellent piece about finding value in pre-season. Here the three-time top 300 finisher outlines his Gameweek 2 plans and reflects on the decision to play the Bench Boost in Gameweek 1.

A lot of Fantasy Premier League (FPL) decisions simply depend on what kind of manager you are. Personally, I wouldn’t call myself a risk-averse manager. I’m not reckless either but I try not to be swayed by effective ownerships or template teams.

On the contrary, my joy in playing FPL is finding the right moments to move differently from the crowd and, at the same time, gain an edge. I feel that using a Bench Boost in Gameweek 1 is exactly that kind of situation.

Why I played the Bench Boost in Gameweek 1

Firstly, a few reasons why this Bench Boost is related to my style of seeking differential moves:

The above points are about increasing your variance and, possibly increasing your chances of winning FPL. However, I think it is perfectly viable that a Bench Boost in Gameweek 1 may have been the optimal strategy:

Furthermore, there is also the strategy of using Bench Boost in Gameweek 1 and then a Wildcard in Gameweek 2. This allows a fun hybrid of Free Hit and Bench Boost but has the disadvantage of deploying a Wildcard with only one week of information. In this case, I preferred to build an opening Bench Boost squad that can also last for at least a few Gameweeks.

Is such a style for you? You’ll need to be mentally prepared for things going badly, as it’s hard to get online sympathy when you use a strategy that is far different from the consensus. Yet this way of playing brings me the most adrenaline and joy.

How did Gameweek 1 go?

My 15-man squad took home 79 points. Without a playing bench, it would have been 71, which is roughly what the template teams scored. I was unlucky with my bench, as the attacking outfielders had a combined expected goal involvement of 0.80, whilst David Raya (£4.5m) conceded twice from an expected goals conceded (xGC) tally of 0.62.

It should have brought at least one return which, in my eyes, would have made it a successful Bench Boost.

I have already moved Mason Mount (£8.0m) and Gabriel Jesus (£8.0m) to Andreas Pereira (£4.5m) and Erling Haaland (£11.6m) for a hit. There was no obvious route to Haaland as I did not think he would start the season so strongly – my initial plan was to move Mount to Phil Foden (£8.0m) for Manchester City coverage.

However, it now seems that he will be the main captain option in several upcoming Gameweeks. You need to find opportunities to be different and I think that going without Haaland is not the right one.