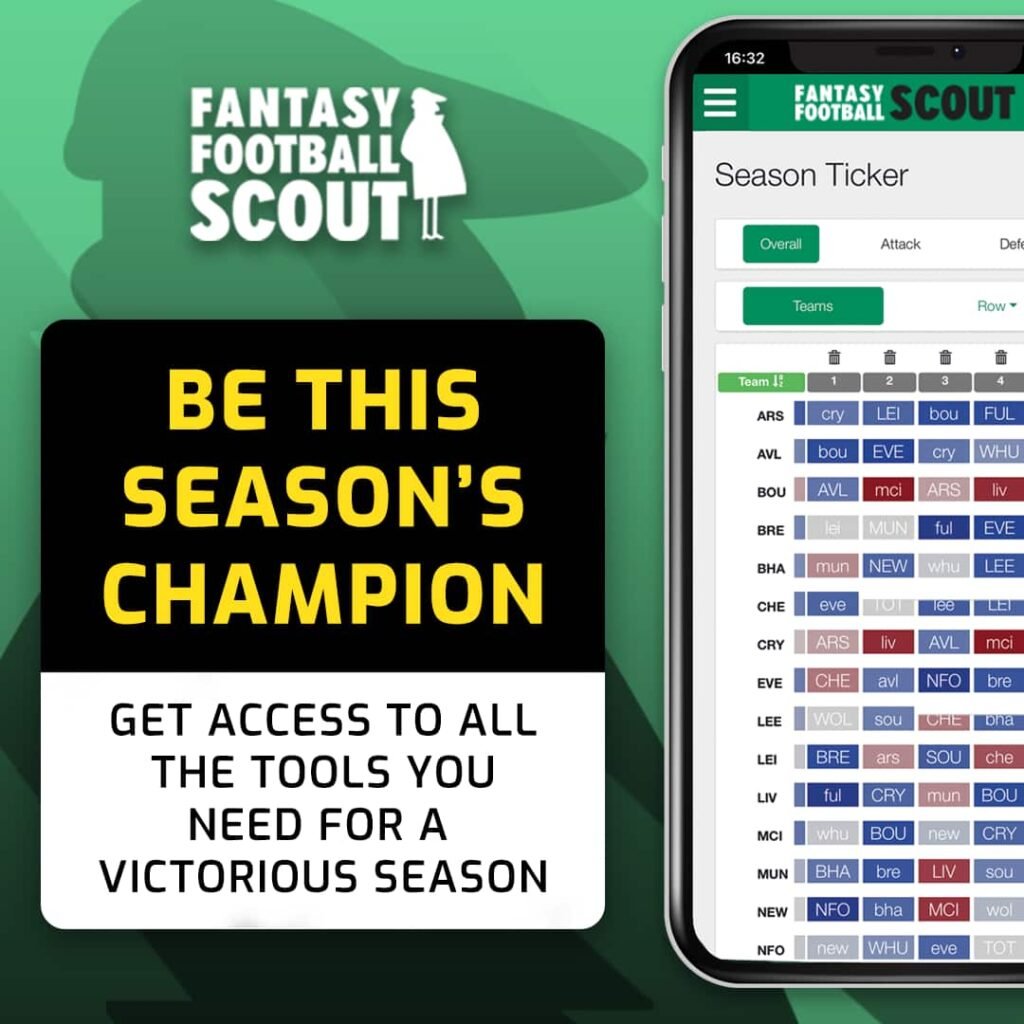 For most of us Fantasy managers, we’ll have to endure a bad Gameweek or three over the course of a season. Community writer shaun_drift discusses six ways to help stop Fantasy Premier League (FPL) from spoiling your weekend.

Whatever your rank history, if you’re visiting this site, chances are that you take FPL seriously, which means you will have spent many a weekend checking team sheets, goals, assists and every other stat that can earn or deny you the only thing that really matters – points.

Since I started playing in 2009/10, I have never finished higher than 67k, so clearly, I’m nowhere near an elite manager and can relate to most managers playing the game.

It can be extremely demoralising to be on the end of a big red arrow, but it’s even harder to take when you have put hours of your time into reviewing stats, reports and watching games.

When the pandemic bit hard and we had the mid-season break, I found it particularly tough to take when everyone was handed a free Wildcard, having deployed mine right before football stopped. This led to a real lack of enjoyment and despite achieving my highest points tally ever, it didn’t translate into a particularly good ‘OR’. The ill feeling of an impending red arrow or missed opportunity can affect many people outside of the game. It has drastically changed my mood before, which is completely unfair on those around me, and in the past I’ve even found it take some enjoyment out of football supporting.

In prior years, having won my mini-league, I felt the sense of achievement was wiped out immediately after the final games were played and I even felt empty because the season was over. I had ruined the game for myself by focusing too much on the negatives and not enough on the positives, to an extent where even the major positive of winning my mini league didn’t feel all that great.

I considered taking a season off to see how I felt about FPL and football afterwards, but honestly, I wasn’t ready to give it up completely. However, I knew that I had to change something to stop it affecting my mood and also so that I actually enjoyed it again.

Since the start of last season I made an effort to be a lot more positive about the game and I’m glad to say, I was able to get the enjoyment back and did not allow the game to ruin my weekends!

Simon March has contributed some excellent articles to this site about our FPL mindsets and how to try and avoid the above feelings. I won’t claim to have anywhere near his intelligence in this field, but wanted to share the changes I have made towards playing, in a bid to try and help anyone who has lost enjoyment or find it affects them negatively beyond the game itself.

There is a lot of focus on the top 10k, but to put that in context, that was the top ~0.0011% of all players last season. Try setting a target that you would be happy with and not focus on what everyone else is aiming for.

2. Don’t compare yourself to elite managers

If you struggle with the feeling of lagging behind others, just avoid it. It takes time to improve your game, so compare yourself to players around your rank or in your mini-leagues. I found playing my own way and not getting drawn into what others are doing is much more enjoyable.

3. Stay off social media or decide when to interact

There is no doubting the wealth of information and excellent content creators on social media. But I found I was spending too much time reading lots of information from multiple sources, that it ended up confusing me most weeks. Post deadline I would read the success stories, compounding my misery if I’d had a bad week. If you struggle with the same, consider waiting a day or two until the attention turns to the next Gameweek.

I usually limit my reading and listening to Fantasy Football Scout and one podcast a week nowadays. I appreciate this won’t be for everyone and that interacting with the community is part of the enjoyment. I have found though that my decision-making is much clearer now, and the result is that I feel better when my decisions pay off, and not as bad when they don’t, because I know I made the decisions based on my own theories or accepted risks.

4. Don’t beat yourself up

Shocking revelation: FPL involves luck! Putting the sarcasm aside, it is important to remember this. If you’ve spent a lot of time looking into various data sets and assessed a lot of options, you are bound to miss a haul here and there. Don’t blame yourself if you went with one player over another and missed out: if there was a solid reasoning for doing so, it was probably just bad luck that week.

5. Check the results once, at the end of the day

The impulse to check on the scores every five minutes can be strong, especially when your captain is playing. You may enjoy it this way, but I have found I prefer to get one update at the end of the day’s football. If it’s a bad week I find out in one go, quickly process it and move on. If it’s a good week then great! Waiting until all the football has finished actually brought back some enjoyment for me, as the anticipation become stronger across each day.

This is perhaps a bit obvious, but each Gameweek is a new opportunity. Good or bad, put last week behind you and consider the best way to maximise from here. Getting hung up on what went wrong led me to poor decision making and a sense of pressure to get it right this week.

I know not everyone will relate to this, but hopefully it will help some of you as I know from experience, it’s possible to be excited for and apprehensive about the new season! Keeping our mental health in check is important. If anyone wants/needs to talk across the season, I’m @lightspeed65 on Twitter. Just don’t ask me for team advice… it won’t help!