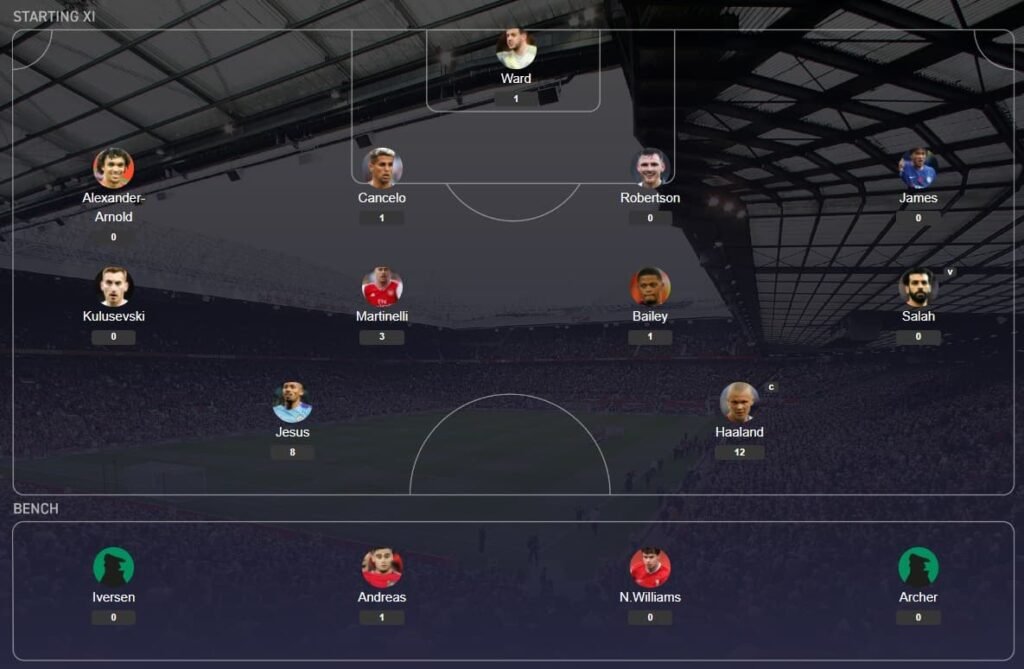 The latter drops to the bench while Colback is missing from the squad.

Centre-back Scott McKenna is fit despite sustaining an injury in training and starts alongside Joe Worrall and Moussa Niakhate at the back in Cooper’s 3-4-1-2 formation.

Neco Williams, meanwhile, is the most-selected player in this fixture and is owned by 26.9 per cent overall, although he’ll be rooted to the bench for many.

For the visitors, new signings Maxwel Cornet and Gianluca Scamacca are both substitutes.

In the starting XI, Lukasz Fabianski overcomes an injury to feature in goal, with David Moyes’ only change arriving in midfield, as Said Benrahma comes in for Manuel Lanzini.