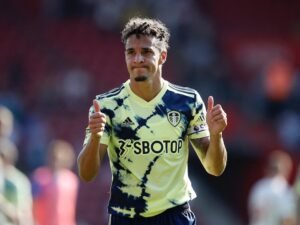 We bring the curtain down on the weekend’s Fantasy Premier League (FPL) action and start looking ahead to Gameweek 3 in The Digest.

After two Gameweeks, no FPL player has scored more goals than Rodrigo Moreno, with Saturday’s brace at Southampton taking his 2022/23 tally to three.

Less than 60 seconds into the second-half, the Spaniard – who had been moved further forward at the break after Patrick Bamford’s (£7.5m) injury – converted Jack Harrison’s (£6.0m) cross. He then netted a second on the hour mark, when he was free to nod in from a few inches out.

Across the two opening rounds, Rodrigo has racked up a very respectable eight shots on goal, seven shots in the box and two big chances, while his 1.44 expected goals (xG) figure ranks joint fourth among all players, only trailing forwards Gabriel Jesus (£8.0m), Aleksandar Mitrovic (£6.6m) and Erling Haaland (£11.7m).

However, in his last two campaigns, he has managed just six and seven goals respectively, so some caution is of course urged with this early-season bandwagon.

It’s also worth noting that he won’t play as advanced when Bamford is available, although Jesse Marsch’s hybrid 4-2-3-1/4-2-2-2 formation suggests he won’t ever be playing as deep as he did under Marcelo Bielsa.

Rodrigo is certainly capable of producing moments of real quality and his displays are encouraging, but in past seasons, sloppiness in possession has made him a frustrating FPL asset to own, which means that he will need to maintain those high standards in order to avoid rotation. Indeed, he was withdrawn after just 64 minutes in Gameweek 1 after fading in the second-half.

It’s been a decent start for Leeds after a summer of upheaval which saw them lose their two best players in Raphinha and Kalvin Phillips (£4.9m), but given that they face Chelsea and Brighton and Hove Albion in their next two fixtures, two very decent defensive outfits, it does feel like FPL managers have further time to assess Rodrigo, before potentially making a move in Gameweek 5 if his performances hold up.

Erik ten Hag’s start at Manchester United couldn’t have gone much worse, after losing their opening two Premier League matches against Brighton and Hove Albion and Brentford, teams who finished ninth and 13th respectively in 2021/22.

Both games have seen United look sloppy in possession, with the current crop struggling to adapt to their new manager’s philosophy.

“We concede goals (from) individual mistakes. You can have a good plan, but then put the plan in the bin. It’s nothing to do with tactics. The first two goals are about dealing with the ball and decisions.

I don’t want to play from the back when it’s not possible, it’s naive how we played today. You have to play more direct. (When) we attracted them, the space was high on the pitch and you have to choose that option. That’s what we didn’t do.” – Erik ten Hag

However, Saturday’s 4-0 thrashing at the hands of Brentford is merely a continuation of some rotten away form. In fact, extending back to last season, United have now lost seven consecutive Premier League away matches, conceding a whopping 21 goals in the process.

It doesn’t get any easier for United, either, as they come up against rivals Liverpool at Old Trafford on Monday night.

And from what we’ve seen so far this season, you’d have to say Mohamed Salah (£13.0m) has the best fixture in Gameweek 3 when looking at potential captains.

Ivan Perisic has had to settle for a place on the bench so far this season, racking up just 35 combined minutes against Southampton and Chelsea.

In both matches, Ryan Sessegnon (£4.5m) has been Antonio Conte’s preferred left wing-back, finding the net in the 4-1 opening day win. However, he was overrun defensively against Chelsea on Sunday and the first player to be substituted before the hour mark. Perisic, meanwhile, was brought on in the 79th minute, with his corner headed in by Harry Kane (£11.4m) deep into injury time to leave honours even in a fiery London derby.

Conte has since spoken about why he decided not to start Perisic against Chelsea.

It’s hard to know how to interpret those comments, with the ‘not the Perisic that I know’ line notably included again.

However, with an extra week of full training before Tottenham Hotspur’s next game against Wolves, it could be enough for Perisic to finally make his first competitive start. If he does and makes it past 60 minutes, there is clearly haul potential.

All eyes on Conte’s press conference later this week, then.