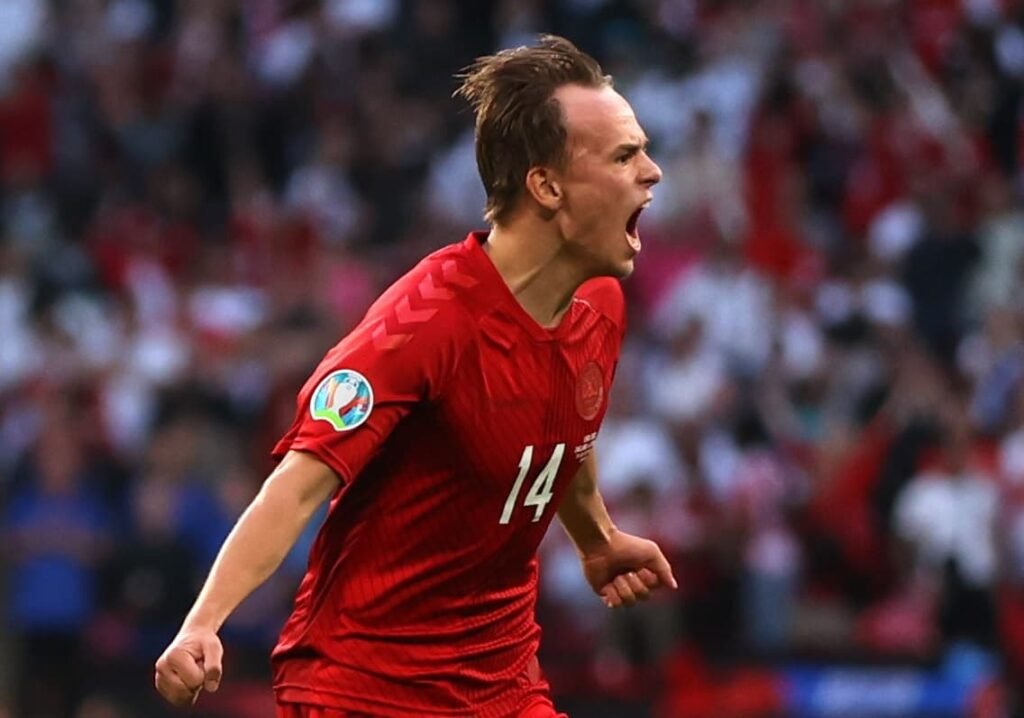 Saturday evening saw Manchester United’s Christian Eriksen (£6.5m) make a quick return to Brentford, only to be shellshocked with a 4-0 half-time deficit that didn’t improve by its conclusion.

The £10.1m attacking midfielder joins the many Danes already at Brentford, so where does he fit in at Thomas Frank’s side and what impact will he have in Fantasy Premier League (FPL)?

Damsgaard is one of many exciting young talents to have emerged at FC Nordsjælland over recent times, alongside new Brentford colleague Mathias Jensen (£5.0m).

His third season of first-team football was outstanding, netting 11 times and setting up six more to ensure he was next off the production line. Italian side Sampdoria secured his services for the 2020/21 campaign.

The link between Damsgaard and Eriksen began in the summer of 2021 when, on the second day of Euro 2020, Eriksen suffered a cardiac arrest during the match with Finland. Whilst recovering in hospital, in came Damsgaard as his replacement in the starting XI for the remainder of the tournament.

After a wonderful strike against Russia, he was responsible for a very scary moment experienced by England fans. It was his free-kick that put the Danes 1-0 up in the Wembley semi-final, although Gareth Southgate’s side eventually emerged as victors.

Shortly after, his career was put in jeopardy by an unfortunate series of injuries back at Sampdoria. Initially ruled out in October 2021 with a thigh injury picked up on international duty, he then underwent knee surgery and later discovered that he had a worrying arthritis condition.

“It was a very aggressive form of arthritis. There was no improvement, it felt like it was never going to heal, but thanks to the collaboration between Italian and Danish rheumatologists, a new therapy was designed and gave an excellent response.” – agent Jens Orgaard

Thankfully, he returned to action in April of this year but only managed to gather 576 minutes of game time over 11 league appearances.

It’s therefore easy to assume that Damsgaard is a similar player to Eriksen, making this a like-for-like replacement. However, this is not the case.

Whilst Eriksen is more of a passer with set-piece strengths and great vision, Damsgaard likes to dribble and isn’t afraid to get stuck into the defensive duties. The Athletic have specifically looked at this comparison.

Damsgaard is more of a traditional winger than central attacking midfielder. He likes to receive the ball by the touchline down his team’s left flank on his right foot, which opens up space for him to drive inside towards goal.

This ability to drive at opponents and dribble past them contrasts with the skill set of Eriksen, who prefers to dictate play from deep with his passing.

Additionally, his new team scored the second-fewest goals from outside of the box, meaning Damsgaard’s penchant for long-range stunners will add a new dimension to the line-up.

WHERE DAMSGAARD FITS IN AT BRENTFORD

He himself is a head coach who often switches between a four-man and three-man defence, with both systems already used during these opening two matches.

“We think Mikkel can play as one of our ‘eights’ in a 4-3-3 system or as a ‘ten’. He can also play on the wing. We will use him in the way we think we can get the best out of his offensive abilities. Importantly, he is a player that will fit into our dressing room. He is a great character, he wants to work hard, he wants to work for the team, and he wants to develop.” – Thomas Frank

When combining Damsgaard’s injury-plagued 12 months with the excellent midfield starts for both Jensen and Josh Dasilva (£4.6m), there could definitely be an easing-in process for the 22-year-old.

Yet the introduction of such an exciting signing could also put off potential Dasilva purchasers. Some will just be happy to use Dasilva as a bench option whose imminent double-rise will increase squad value but, beyond that, frequent starts cannot be guaranteed.

IS DAMSGAARD WORTH BUYING IN FPL?

Managers should at least wait until they’ve seen Damsgaard make his first start. If it happens quickly, he’ll be a strong differential option when considering Brentford’s brilliant run of fixtures.

Starting from Gameweek 3, they top our Season Ticker all the way up to Gameweek 16.