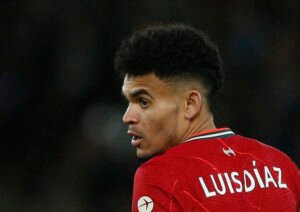 “I believe in a thing called FPL

Just listen to the rhythm of my heart

There’s a chance we could make it now

We’ll be rocking ’til the sun goes down”

And we’re back! Ready to believe again, ready to get hurt by unexpected benchings again (I am no longer on speaking terms with Mr Gerrard), ready for 59th-minute substitutions (hello Phillippe Coutinho (£6.9m)), captaincy fails and, of course, arguments over what is sub-optimal. Let’s embrace the Darkness together!

However, before we jump into the latest goings on, perhaps it’s best to explain what or who ‘The Great and The Good’ are to those uninitiated with their work.

‘The Great and The Good’ are a merry band of prominent FPL managers who I will follow/legally stalk* to seek out lessons that can be learned, plus maybe a few mistakes that can be avoided, whilst poking a little fun along the way.

Occasionally, it gets a bit competitive amongst the made-up mini-league contenders, with Az revelling in his relatively good fortune against Mark last year and everybody – and I mean everybody – desperate to beat the real wizard of FPL, Fabio Borges. But overall, it’s just good wholesome fun.

Strap yourself in as I introduce the stars of this year’s show, with 18 competitors either voluntarily or involuntarily stepping up to the plate.

Let’s start at the very top, as Fabio has won the title of being the greatest of our competitors over the last two seasons. He has finished in the top 5k for seven straight seasons and ended up in 222nd place last year.

Some claim he was created by the FPL Gods using the DNA of former FPL winners and is fed the dismembered body parts of Jordan Pickford‘s (£4.5m) owners to keep him nourished, others just say he is a lovely chap who just happens to be bloody good at this Fantasy caper.

Chess Grandmaster who dabbles rather successfully in FPL, with four top 10k finishes, but it’s his unpredictable approach and alarmingly strong captaincy strike rate that makes him king of the Fantasy board.

One of the founding fathers of FPL, some say he was around when you had to submit your team via carrier pigeon. He remains a tremendous manager and is a must-watch/listen for those yet to discover FPL Blackbox.

Despite his FPL tenure, or perhaps because of it, there is still a little devil in him as he is forging ahead with a ‘No Mo’ strategy, although his decision to go Brennan Johnson (£6.0m) is probably more heart than head.

Every Eric Morecambe needs an Ernie Wise and Mark’s double act partner in FPL is Az. He performed very strongly last year as he likes to remind, well, everyone. Seems to have a masochistic obsession with owning Lucas Digne (£5.0m) and allegedly can’t take throw-ins.

The great uncle dullard of ‘The Great and The Good’, he’s been there, done that and got the price points T-shirt. Superb manager and a wise sage to those young whippersnappers Andy and Seb, who seek his counsel on Scoutcast – that is, when he’s let out the cupboard.

In 12 seasons he has never finished outside of the top 100k, coming 49th in 2016/17, so he is a strong manager who should be respected but instead all I do is make cheap Canadian puns due to his birth country. What’s that all aboot?

Last year’s winner of the feeder mini-league did it in some style, finishing second in the overall rankings.

He is frighteningly young and will no doubt scare a few of the more experienced members who will shake their FPL zimmer frames at him, whilst offering Werther’s Originals (other geriatric sweets are available).

An outstanding manager with a point to prove after an unlucky season, Tom is a keen differential spotter and likes to have fun with his fourth midfielder. He also edits these articles so look out for any photoshopping of the table if he doesn’t hit the high notes.

The big boss man at Scout, Neale is calm, cool and spends a fair amount of time trying to decipher managerial press conferences into firm team news. Rumours are that after just one news conference with Steve Cooper, he is hankering for the return of Sean Dyche and fantasizes of the former Burnley manager ruffling his hair and calling him Riggsy.

Can you smell burning? If you can, then it’s probably best to get that checked out. Of course, I am referring to the fabulous Burning Questions that Pras and Sonaldo host each week. Four top 10k finishes to his team, he’s a lovely chap and supports Manchester United, so thoughts and prayers. Having met him at Fantasy Football Fest, I can also confirm he’s also just a bit taller than Lisandro Martinez (£4.4m).

The man representing FPL Wire with a scarily good track record of seven top 10k finishes and only once ending up outside of the 50k. A great reader of the game, he provides the reason for Lateriser’s risk-taking when they are not poking fun at Bakar.

One of these YouTube types with over 20k subscribers, which I am told by my teenage offspring is a good number. When he is not asking people to smash those likes, he is also a cracking FPL manager, finishing in the top 5k during the last two campaigns.

The man. Played FPL since the dawn of time. He has three top 500 finishes to his name and is now conquering the world of Sky Sports. Expect a selfie with him and Gary Neville to appear on Instagram any day now.

Sent from the future to save us having to work out when Double Gameweeks fall, this spreadsheet cyborg and absolute gent is also a splendid FPL manager, with three consecutive top 10k finishes and counting.

This Welsh diva is patience personified with a ridiculously good track record, seven top 10k finishes and a stalwart of ‘The Great and The Good’. Fun fact is that he’s also a massive Britney Spears fan and has great taste in Community Tournament teams. Up the Qatar Pounders!

Norway is not just famous for its stunning fjords and mutton stew but also for breeding the best FPL managers and Finn tops that list, currently sitting second in the Hall of Fame behind you know who. He finished 210th last year after a top 50 rank in 20/21. Could he be the one to steal Fabio’s crown?

To prove that nice guys can finish first, Tom is an exceptional manager with six top 10k finishes. His username on Twitter is FPL_Badgers9, so he looks sett to have another strong season.

A bonafide FPL celebrity with four top 10k finishes, I suspect he has more followers than the Kardashians (whoever they are) and fully expect him to eventually be invited onto Strictly Come Dancing, as long as he leaves his slippers at home. Winning ‘The Great and The Good’ is the one honour that evades him.

So, how did this lot get on during the opening weeks?

Ben Crellin has stormed to the summit to take an early lead but the gap between the top ten is only 12 points, with Luis Diaz (£8.0m) and Robert Sanchez (£4.5m) two of the difference makers.

Like many others, he had a Reece James (£6.0m) goal to add to his tally, which ironically came whilst many were planning his exit for Marc Cucurella (£5.0m), whose flowing locks look too tempting to many. Cristian Romero (£5.0m) certainly couldn’t seem to take his hands off them.

Perhaps let’s start at the beginning, when Gameweek 1 had everyone getting very excited about Erling Haaland (£11.7m) or Haul-land or the Norwegian Meat Shield, depending on your nicknaming preference.

His goals, alongside the consistency of Mohamed Salah’s (£13.0m) brace, sleep, eat, repeat routine, gave most a good first weekend, apart from those that had neither. Mentioning no names.

Neale Rigg and Geoff Dance, Scout’s resident power couple had the strongest of starts in Gameweek 1 thanks to their Dejan Kulusevski (£8.1m) pick. It was Scout 2-0 Blackbox as they sat at the top of the table after the opening weekend.

Things changed in Gameweek 2 with Crellin’s rise to the top closely followed by the big-at-the-back pack led by Fabio, Magnus and Pras. All three decided on a 5-3-2 formation to maximize the strength and value of the best team’s defences.

They all put faith in two Manchester City defensive assets, a machine that is currently dispensing clean sheet points at an alarmingly consistent rate, while Joe was allegedly seen muttering about price points.

Yet Gameweek 2 was Az’s turn to shine as – through genius or necessity – he captained Kevin De Bruyne (£12.1m) while all others went Haaland. In this game of Norwegian roulette, he won!

The weekend also brought the second coming of Gabriel Jesus (£8.0m), whose brace gave a sense of divine inspiration on Saturday to all but one or two. Again, mentioning no names.

This is a summary of the transfers for this week:

Short but sweet, with everyone holding their nerve apart from Mr Sutherns who brought in FPL’s current must-own and then captained him.

Leon Bailey (£5.0m) looks to be the most popular transfer out this week for those who believed the pre-season hype, including yours truly.

So there was much excitement when Josh Dasilva (£4.6m) scored his second goal of the season from his second shot of the season. At his current rate, he should score well over 100 goals this campaign.

Although Rodrigo (£6.1m) may be a better bet – an attacking midfielder with a good run of fixtures ahead.

The template for ‘The Great and The Good’ is as follows:

One surprise here is that Mark isn’t the only one without Salah, as newbie Suvansh has also decided to dodge the Egyptian.

Trent Alexander-Arnold (£7.5m) and Joao Cancelo (£7.0m) are the players in the luxury position of being owned by 100% of all managers within this group.

STICKING WITH THE CROWD

There has been lots of talk about sticking with the crowd over the opening couple of Gameweeks. Using LiveFPL excellent ‘Template Rating’, I have looked at the percentage for each team. A full explanation of his this is calculated can be found here, courtesy of Ragabolly.

I fought against the template but the template won! Pretty much all of the managers are described as “moderately template” by LiveFPL (check your own rating via this link). This is the second season in a row where staying with the Fantasy herd has led to a strong start, so it’s a viable strategy for next time.

Our Blackbox pair does stand out, with Az on a template rating of just 32%. Maybe he is a maverick after all.

Additionally, it’s worth noting that Suvansh who, let’s not forget, finished second last season, has a rating of 60%. So perhaps you do have to be a bit different in your approach to truly reach the higher ranks, with a willingness to accept the risk.

An exciting week lays ahead, as we should see a little divergence from the tried and trusted path with most having a couple of transfers in hand. Will big-at-the-back now switch to a fat front line, or has Darwin Nunez’s (£9.1m) red card ruined that intriguing prospect?

Let’s see what the elite do but remember that, whether using data models, the eye test or player’s star signs to make decisions, the only optimal way is YOUR way, so enjoy the season.

Anyway, that’s all from me for and remember: don’t have nightmares.

For those affected by any of the topics raised in the above article then you can find me here on Twitter.