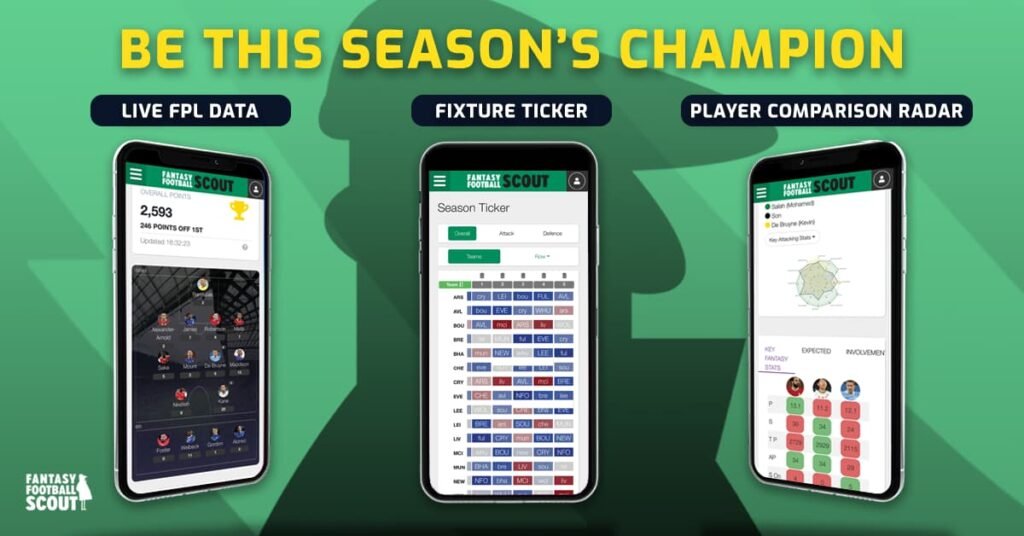 We’ve put together our Scout Picks ‘bus team’ ahead of Gameweek 3 of Fantasy Premier League (FPL).

Off we go again, then, with our early thoughts on the runners and riders up for selection in Gameweek 3, followed by the preliminary picks themselves.

Gabriel Jesus’ (£8.0m) 19-point haul in Gameweek 2 was the highest individual FPL return of the season so far, and it’s highly likely the Brazilian will return to Scout Picks duty for Arsenal’s trip to Bournemouth. In truth, he was unfortunate to miss out last time, with four entries in the Scout Squad, but the lure of Phil Foden (£8.0m) at home against newly-promoted opposition proved too much to resist.

Jesus’ seven shots in the box, three big chances, 15 penalty box touches and 1.91 expected goals (xG) can’t be beaten by anyone in Gameweek 2 so far, while opponents Bournemouth were fortunate that Manchester City took their foot off the gas in the second half on Saturday. Had they not, the damage would have been far greater than 4-0.

In a bid to combat the pace of Son Heung-min (£12.0m), Reece James (£6.0m) spent the majority of Sunday’s draw with Tottenham Hotspur lining up as a right-sided centre-half. However, when he switched to his usual wing-back role in the second half, fireworks followed, with a goal and a beautiful teasing cross which should have been converted by Kai Havertz (£7.9m). With a trip to Leeds United up next, a matchup he thrived in last year, he is surely one of the first names on the Scout Picks teamsheet this week.

While an away fixture at Old Trafford has traditionally been a tricky matchup for Liverpool, that hasn’t been the case in recent seasons. In fact, in their last three visits in all competitions, they have racked up a whopping 11 goals! Manchester United, meanwhile, have suffered back-to-back defeats under Erik ten Hag and are clearly struggling to adapt to his philosophy. Trent Alexander-Arnold (£7.5m) and Mohamed Salah (£13.0m) feel like great picks for Gameweek 3, then, with the latter also in the captaincy conversation.

There will inevitably be representation from Tottenham Hotspur in Gameweek 3, having already won four points from losing positions in 2022/23. However, selecting one of their attacking wing-backs isn’t straightforward, with Emerson Royal (£5.0m), Matt Doherty (£4.9m), Ryan Sessegnon (£4.5m) and Ivan Perisic (£5.4m) all competing for starts.

Given that opponents Wolverhampton Wanderers are struggling to find the net without a recognised striker (they have scored just one goal from 2.73 xG across their two matches), we’ve landed on ‘keeper Hugo Lloris (£5.5m) plus Harry Kane (£11.4m) in our ‘bus team’, with Son Heung-min and Dejan Kulusevski (£8.1m) also in the mix for selection.

In addition to Jesus, Arsenal team-mates Aaron Ramsdale (£5.0m), Gabriel Magalhaes (£5.0m) or the cheaper William Saliba (£4.5m) will also be under consideration, while Bukayo Saka (£8.0m) and Gabriel Martinelli (£6.2m) could potentially form an attacking double-up. At this stage, it does feel like the latter is ahead, given his fast start to the season.

The final Scout Picks will very likely feature one or two Manchester City players, but who? There is an argument to back Harry Kane over Erling Haaland (£11.7m) this week, with a trip to Newcastle United by no means easy. Indeed, the Magpies have kept back-to-back clean sheets this season and have turned St James’ Park into a bit of a fortress under Eddie Howe.

A mid-price midfielder like Phil Foden or Ilkay Gundogan (£7.5m) over Kevin De Bruyne (£12.1m) perhaps seems more likely then, given our budgetary constraints, while at the back, it feels almost certain one of Joao Cancelo (£7.0m), Ruben Dias (£6.0m) or Kyle Walker (£5.1m) will make an appearance.

A Liverpool triple-up perhaps feels unlikely given others’ appealing fixtures, but if we do go down that route, it goes without saying that Andrew Robertson (£7.0m) or Luis Diaz (£8.0m) could join Alexander-Arnold and Salah.

Elsewhere, Marc Cucurella (£5.0m), Raheem Sterling (£10.0m) and Mason Mount (£8.0m) are all interesting options for Chelsea’s visit to Leeds, but away from the ‘big’ teams, there are a batch of interesting candidates to consider, too.

For example, James Maddison (£8.0m) and Jamie Vardy (£9.5m) take on a Southampton side that have conceded six goals in two games and aren’t in the best shape, while Aston Villa looked vulnerable against Everton on Saturday and have since lost Diego Carlos (£5.0m) to injury, raising the appeal of Wilfried Zaha (£7.0m) and Eberechi Eze (£5.5m).

Then there is Brighton and Hove Albion duo Pascal Gross (£5.6m) and Leandro Trossard (£6.5m), who could act as midfield enablers, given that West Ham United are still short of numbers at the back.

There are plenty more options besides the players and teams mentioned above but they feature in this section for a reason.

Despite Leicester City’s shaky backline, Timothy Castagne (£4.5m) and James Justin (£4.5m) could also come under consideration, although James Ward-Prowse’s (£6.5m) deliveries from dead-ball situations could cause problems, an area the Foxes always seem to struggle in.

Nottingham Forest were the better side against West Ham United in Gameweek 2, raising the appeal of Dean Henderson (£4.5m), Neco Williams (£4.0m) and strike duo Taiwo Awoniyi (£5.9m) and Brennan Johnson (£6.0m), but they were vulnerable at the back, so caution is urged with their defensive picks.

Demarai Gray (£5.5m) or Anthony Gordon (£5.5m) could emerge as differential shouts then, but can we really trust a team without a genuine focal point up top? Probably not, given that their only goal so far this season was scored by an opposition player.

Jarrod Bowen (£8.5m), meanwhile, had an off-day at Forest, and there are surely more appealing, cheaper midfielders on offer in Gameweek 3, while Ivan Toney (£7.1m) and Aleksandr Mitrovic (£6.6m) are outsiders to be included up front.