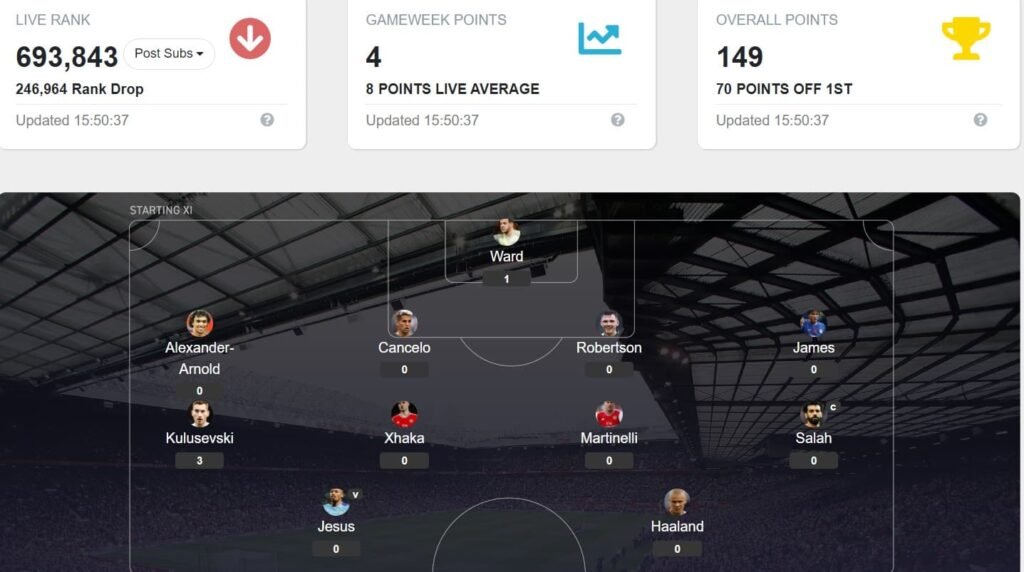 Gameweek 3 of Fantasy Premier League (FPL) concludes with a fixture that has plenty riding on it, not just for us Fantasy managers.

Manchester United and Liverpool have had poor early starts to their respective campaigns and so far don’t have a win between them.

The game is also being played against the backdrop of yet another demonstration against United’s much-maligned owners, with planned shows of dissent inside and outside Old Trafford.

As for the team news, Red Devils boss Erik ten Hag makes four changes to the side that started the desperate 4-0 loss at Brentford.

“We know Liverpool are a really good team and you need to press them. You have to do that out of a block and need energy, that is why we went with Rashford, Sancho, Elanga.” – Erik ten Hag on dropping Cristiano Ronaldo

Liverpool boss Jurgen Klopp meanwhile makes three alterations from the side that drew 1-1 against Crystal Palace in Gameweek 2.

Roberto Firmino is in for the suspended Darwin Nunez, while Jordan Henderson and Joe Gomez replace Fabinho and Nathaniel Phillips.

The most-captained player of Gameweek 3, Mohamed Salah, features in tonight’s match, with 2.4 million FPL bosses handing him the armband.

The Egyptian has scored or assisted in four of his last five appearances against tonight’s opponents, averaging 12 points per match in that time.