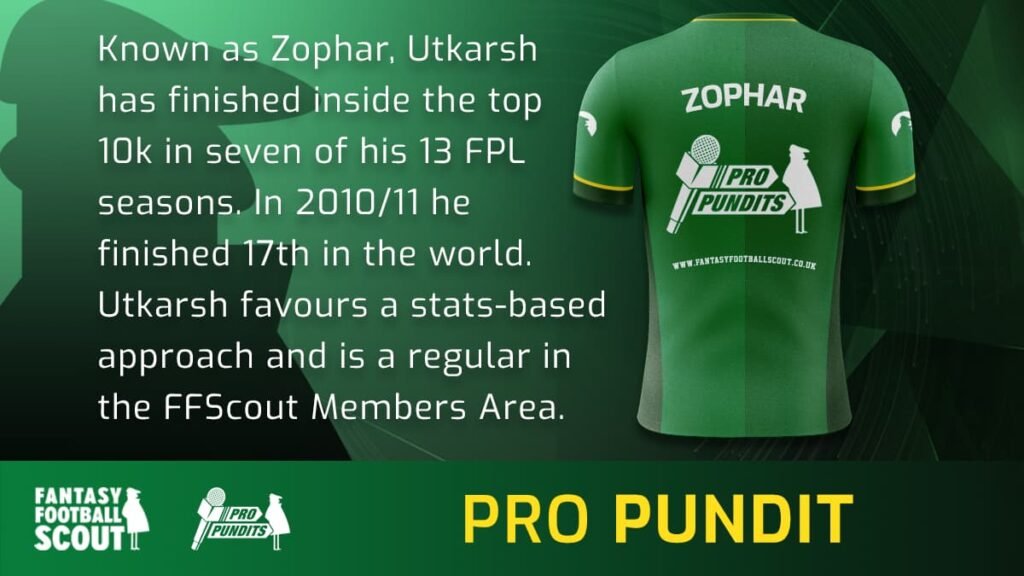 Next up is seven-time top 10k finisher Zophar.

Gameweek 3 was a low-scoring one with the ‘big-at-the-back’ template failing to deliver. Meanwhile, picks from non-top six sides such as Rodrigo (£6.3m), Wilfried Zaha (£7.1m), Aleksandar Mitrovic (£6.6m) and Ivan Toney (£7.2m) all delivered once again, proving that there is life outside of the template.

FPL managers probably had memories of Liverpool’s 5-0 trouncing of Manchester United on their mind when the two sides met on Monday night but the game turned out very differently.

I was pleased to see Erik ten Hag adapt his possession-based, play-out-from-the-back philosophy for a more direct, counter-attacking approach and it paid dividends. They were helped to a large extent by Liverpool’s porous midfield which sorely missed the pair of Fabinho (£5.5m) and Thiago (£5.3m).

The centre-back partnership of Joe Gomez (£4.5m) and Virgil van Dijk (£6.5m) does not look assured and, as the below image shows, only Leicester City, Newcastle United and West Ham United have a worse rate of minutes per big chance conceded. Two of those sides have already had the misfortune of facing Manchester City, so such numbers are understandable but Liverpool have faced Fulham, Crystal Palace and Man United – not the most daunting schedule on paper.

We discussed a lot of the topics above and more on this week’s episode of The FPL Wire. Check it out here.

See you next week!