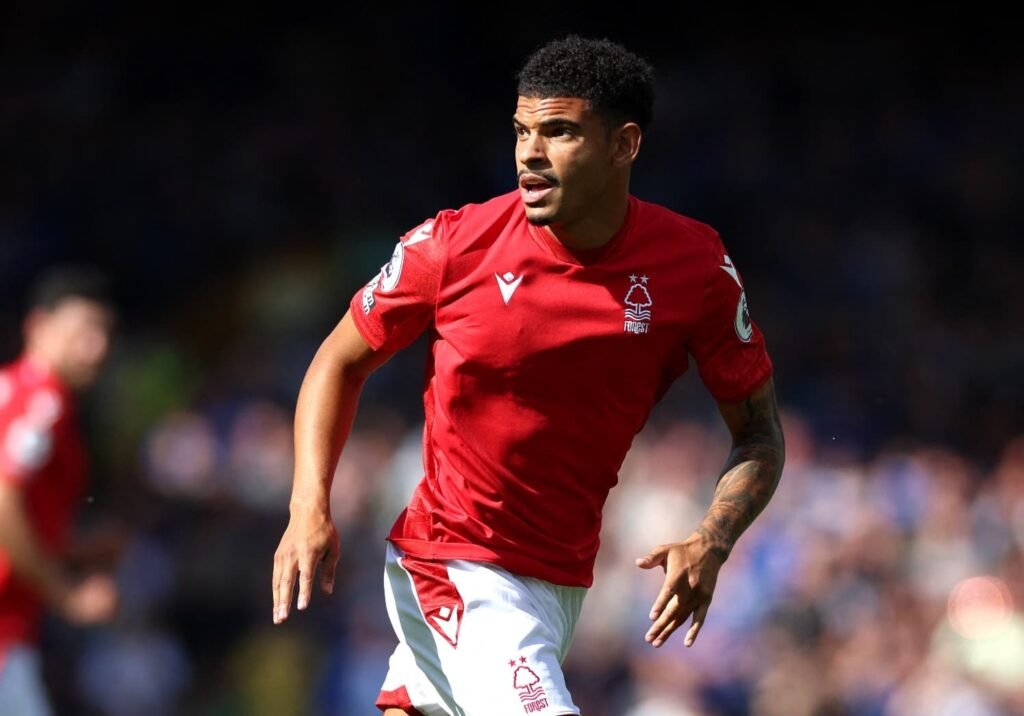 The most significant players on the move will be the subject of their own dedicated Scout Report but all the other transfers have been covered in summaries over the summer, continuing with this one.

You’ll find all the major deals in list form on our dedicated Transfers page.

Eyebrows were raised across football fandom when the Morgan Gibbs-White (£5.5m) transfer fee was reported as a £42.5m deal. It turns out that £17.5m of this is add-on bonuses, which adds a slight calmness to proceedings.

The 22-year-old had only played 1,357 minutes of Premier League football before the move, although he produced 12 Championship goals and ten assists whilst on loan at Sheffield United last season.

That will have impressed Nottingham Forest manager Steve Cooper, who gets to reunite with Gibbs-White following a brief spell at Swansea City in the 2020/21 campaign that brought just six appearances due to injury and an early recall from Wolves.

Forest’s fixtures improve from Gameweek 6, although it remains to be seen where Gibbs-White fits in amongst Jesse Lingard (£5.9m), Taiwo Awoniyi (£5.9m), Brennan Johnson (£5.9m) and Emmanuel Dennis (£6.0m).

He impressed alongside Lingard and Johnson when handed a half-hour cameo at Goodison Park in Gameweek 2, even though it may be Lingard that he is competing with for a start, at times, in the ‘hole’ of Cooper’s 3-4-1-2.

One thing to monitor is set-piece responsibility, as he dabbled at corners and free-kicks for Wolves. Neco Williams (£4.1m), of course, has been largely entrusted with dead-ball duties at Forest so far in 2022/23.

Wolves replacing Gibbs-White with Matheus Nunes (£5.0m) for only slightly more money is just as eye-popping. The midfielder has been repeatedly linked with the likes of Liverpool, Manchester City and Manchester United in recent times, yet is the latest Portuguese name to end up in the West Midlands.

The 23-year-old was born in Brazil but moved to Lisbon aged 12, progressing through Ericeirense, Estoril and Sporting CP. He has eight caps for his adopted nation and was thrown straight into the Wolves starting XI for Saturday’s defeat at Spurs.

This suggests he is very likely to play a significant amount of game-time during their forthcoming run against Newcastle United (H), Bournemouth (a) and Southampton (H), although his strengths traditionally don’t lie in goal-scoring, as only eight arrived throughout 101 Sporting CP appearances.

Averaging a chance created every 107 minutes last season, his goal threat was even more minimal: Nunes averaged a shot in the box only once every 366.9 minutes.

Nunes did pop up in advanced positions in Gameweek 3, it must be said, and perhaps he’ll get more attacking license given that Joao Moutinho (£4.9m) and Ruben Neves (£5.5m) aren’t renowned for their penalty-box prominence.

Indeed, three shots in the Spurs area arrived in his first 50 minutes in a Wolves shirt, over 40% of the total he managed for Sporting in the whole of 2021/22. Perhaps this was out of necessity due to Bruno Lage’s side being striker-less until Raul Jimenez (£6.9m) emerged as a second-half substitute, but it’s something worth monitoring over the coming weeks.

Above: The average positions of Wolves players in Gameweek 2

“My decision for him to start was to give us control of the game, and one of the good things he can give to us is to shoot from outside the box.

“Sometimes we expect Tottenham, when they are defending, to have a line of five with big centre-backs so maybe they can’t give us space inside the box. But especially outside of the two midfielders, they might have a situation to shoot like Nunes, Jonny and Ruben and Guedes did on the other side.

“So that’s why I decided to start him, and also the movements and the runs in behind.” – Bruno Lage on Matheus Nunes’ debut

Another player to reject Brazil for another nation is left-back Emerson (£4.0m), whose four-and-a-half-year spell at Chelsea is over now that he has moved across London to join West Ham United.

The Italy international played against the Hammers whilst on loan at Lyon in last season’s Europa League quarter-finals and two main questions will determine his true FPL appeal.

Firstly, will he be a first-choice starter for them? West Ham have more continental football this season and left-back Aaron Cresswell (£5.0m) remains a key player.

“We’ve been looking for help for Cresswell for a while. It’s been difficult to find a player for that position but Emerson was always really high on my list. We were able to get it over the line, and I’m hoping he will show us what he can do.” – David Moyes

Secondly, will FPL managers who own Neco Williams (£4.1m) want another precious defensive spot taken up by a cheap enabler like Emerson? David Moyes’ men have a nice run of fixtures from Gameweek 7 but it’s already hard enough fitting so many appealing defenders into just five places.

The numbers aren’t particularly eye-catching, as Emerson has only one attacking return to his name in over 2,000 minutes of Premier League football as a Chelsea player. Even in 2021/22, when he had the rare chance to play regular first-team football with Lyon, one goal and two assists in 29 Ligue I appearances is hardly Roy of the Rovers stuff.

Emerson created a chance every 73.1 minutes last season, a long way short of what the likes of Trent Alexander-Arnold (£7.5m/32 mins) delivered but nevertheless very decent if it was to be replicated in 2022/23 by a starting £4.0m defender.

Also arriving in east London is German centre-half Thilo Kehrer (£4.5m), who has spent a bit of time in his career at right-back. Paris Saint-Germain signed the then 21-year-old from Schalke for around £33m in 2018 but sold him to the Hammers for £10.1m.

He was immediately handed 90 minutes against Brighton and Hove Albion due to a mini injury crisis at the heart of their defence. Craig Dawson (£4.9m) and Nayef Aguerd (£4.9m) are out, with Angelo Ogbonna (£4.5m) still trying to gain match fitness after a long-term absence.

Kehrer duly conceded a penalty against the Seagulls, although otherwise had a competent enough debut.

With more attractive options in the £4.5m rung, we won’t waste too much time discussing the merits of a centre-half who averaged one goal a season over the last four years and who plays in a defence that has kept just five clean sheets in their last 32 league fixtures.

The Ecuador international was a regular for Villarreal during their run to the Champions League semi-finals, having joined the Spanish side from Watford without ever playing a game for the Hornets.

Just one assist arrived in 28 La Liga appearances in 2021/22, although only 17 of those run-outs came from kick-off.

When sustained game-time last arrived with Osasuna in 2019/20, six attacking returns in 36 league appearances was more impressive, as was a minutes-per-chance-creation average of 67.7.

WhoScored describes him as a strong crosser of the ball and, as well as joining the many Brighton defensive assets priced at £4.5m, his main FPL impact could be the release of Leandro Trossard (£6.5m) to play further upfield.

The Belgian has been successfully filling in at left wing-back and, just three minutes after Estupinan came on for his debut, Trossard was shunted further forward to make it 2-0 at West Ham.

With a great run of five fixtures that sees them top our Season Ticker, now is a good time to invest in the Seagulls – but Estupinan first has to force his way into an in-form starting XI that has so far been unchanged in 2022/23.

“He’s got attributes that are useful in the Premier League. He’s fast, strong and can get forward from left back.” – Graham Potter on Pervis Estupinan