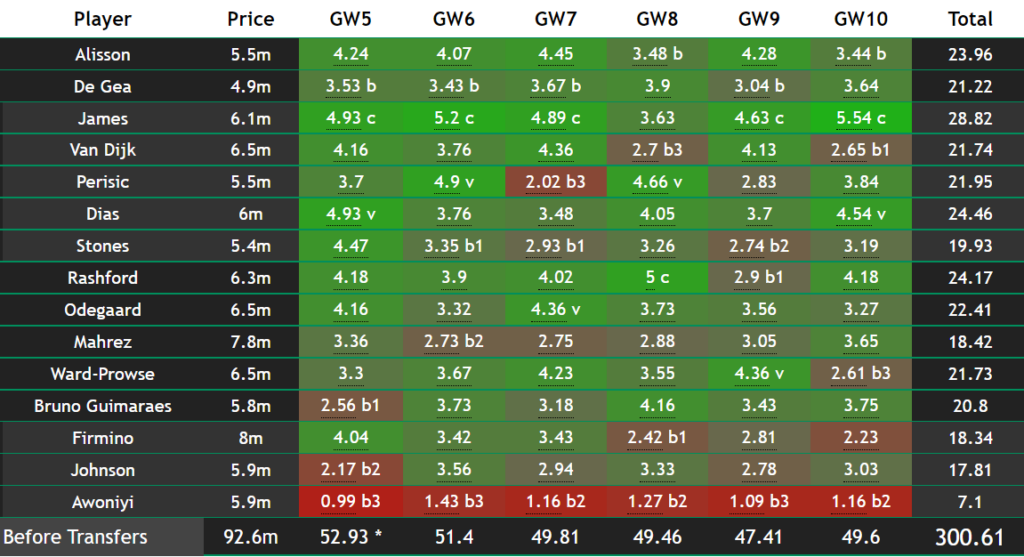 Our Fantasy Premier League (FPL) points projections for Gameweek 5 have been provisionally released ahead of Tuesday’s deadline.

These algorithm projections will be updated to reflect latest injury news and possible rotation risks after the pre-match press conferences today and tomorrow.

Fresh off the back of a hat-trick against Crystal Palace, Erling Haaland (£11.8m) sits top of the pile for predicted points in Gameweek 5 – but will he start with this being the middle fixture of a three-match week? The current expected minutes (xMin) for the Norwegian is 71.0 but any telling comments from Pep Guardiola in his pre-match presser could change all that.

Premium Members of Fantasy Football Scout can see the players heading the points projections for both this upcoming Gameweek and the next six in the images below but you can get the full picture here.