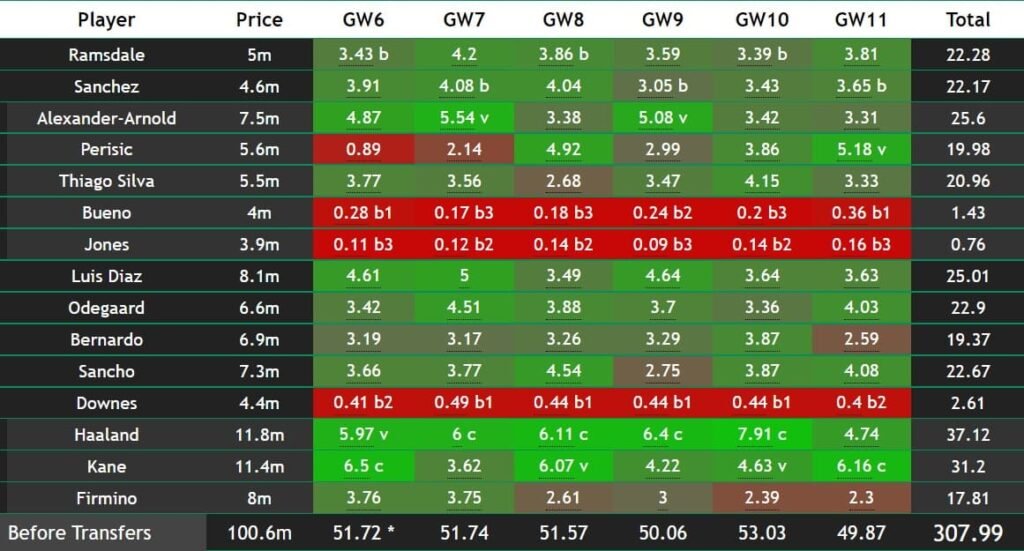 The dust hasn’t settled on Gameweek 5 of Fantasy Premier League (FPL) but we’re already looking ahead to the next deadline on Saturday.

Our points projections for Gameweek 6 are provisionally available and these will be fine-tuned on Thursday and Friday after the pre-match press conferences have taken place. Reece James (£6.1m), for example, will jump up the table if Thomas Tuchel declares him fit and available after his midweek illness, while ‘expected minutes’ will be adjusted accordingly when we see how much game-time players rack up in Gameweek 5.

For now, it’s Harry Kane (£11.4m) who is ahead of the chasing pack in Gameweek 6 ahead of Tottenham Hotspur’s clash with Fulham.

The equally in-form Raheem Sterling (£9.9m) is just behind him and, interestingly, is also in second place for the projections over the next six Gameweeks.

Premium Members of Fantasy Football Scout can see the players heading the points projections for both this upcoming Gameweek and the next six in the images below but you can get the full picture here.