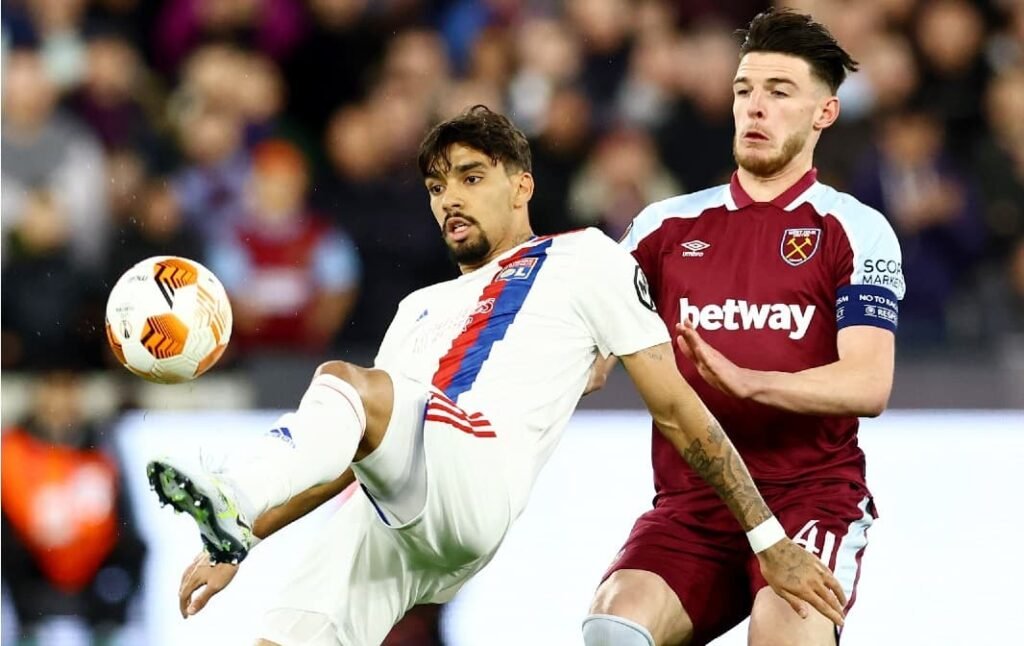 West Ham United pulled off quite the transfer coup on Monday by confirming the arrival of Lyon and Brazil playmaker Lucas Paqueta (£6.0m).

The fee is believed to be an initial £36.5m that could rise to £51m with add-ons, making him a club-record signing during an already hectic summer of incomings.

So will the Brazilian become the Hammers’ focal point and what impact will he have in FPL?

During his formative years, Lucas Tolentino Coelho de Lima grew up on Paqueta Island – a picturesque car-free sanctuary with a population of just 3,000.

He took that as his nickname and rose through the youth ranks at Flamengo before making a first-team debut in March 2016.

It didn’t take long for him to dazzle supporters with his dribbling and passing, scoring in the 2017 Copa do Brasil and Copa Sudamericana finals that Flamengo ultimately lost.

Aged 21, he made a big-money move to AC Milan that didn’t work out, so his season-and-a-half stint ended with a transfer to Lyon.

It’s here where Paqueta settled into European football and showcased the supreme talents that have him more secure in Brazil’s World Cup starting XI than the likes of Gabriel Jesus (£8.2m) and Richarlison (£8.5m).

Another player he’s seemingly ahead of is close friend Bruno Guimaraes (£5.7m). They formed a strong relationship on and off the field whilst at Lyon, to the point where Paqueta visiting Tyneside had Newcastle United fans convinced that he would be a transfer target. Wearing a Magpies shirt whilst playing football in the garden tends to do that, though.

He ranked 30th for chances created in Ligue 1 last season (one every 66.2 minutes, well behind the leading key-pass merchants in the English top flight) but fared better with goal attempts.

His total of 87 efforts equated to a rate of 31.2 minutes per shot, which would’ve come 11th amongst Premier League midfielders (minimum ten appearances) and above all West Ham assets.

Since forcing his way into the Brazil side during last year’s run to the Copa America final, Paqueta has started 12 of their subsequent 13 matches, missing the other due to suspension. He has 33 caps and seven goals.

According to WhoScored, Lucas Paqueta’s strengths far outweigh his weaknesses, providing a mix of silky playmaking with defensive contributions like tackling.

His flair and fantastic left-footed technique will excite fans in east London. He even made headlines last September after being shown a yellow card for attempting a ‘rainbow flick’ against Troyes.

3-1 up and in stoppage time, Paqueta tried some skill and the referee decided that he was mocking the opponent too much. South American pundit Tim Vickery is a massive fan of the Brazilian but admits a mentality problem could explain why Europe’s major clubs decided not to intervene in his move to the Hammers.

“He would be a wonderful asset to West Ham and to the Premier League, although there is a problem that he can sometimes give the ball away too close to goal because he’s showboating. This is the one potential problem with him and it’s the reason I think that he’s available for a club like West Ham – and is at Lyon at the moment – after not quite hitting the expectations at Milan.

“He is a little bit petulant, there is a bit of a petulant schoolboy about him. So it would be a challenge of man management for David Moyes but the quality, the class that he could bring are very, very exciting indeed.” – South American football expert Tim Vickery

WHERE PAQUETA FITS IN AT WEST HAM

A great versatility sees him play in various positions – sometimes as a central midfielder and often further ahead.

“There is an air of unhurried elegance about him and real class in his left foot. By nature he is an attacking midfielder. But he has also featured as a false nine and, when Brazil choose not to field two wide men, he can operate as a withdrawn winger, looking to cut in.” – Tim Vickery

It’s one of the features that appeals most to Moyes, who was impressed with Paqueta when West Ham faced Lyon in last season’s Europa League quarter-finals.

“He’s a player I’ve admired from afar for a very long time and of course, we saw him close up in our Europa League campaign last season. He’s a very talented footballer and whilst he will need time to adapt to the Premier League, we’re excited about adding another proven international to our squad.” – David Moyes

If the manager uses a 4-2-3-1 formation, Paqueta will be competing with Pablo Fornals (£5.4m) for the spot in front of Declan Rice (£4.9m) and Tomas Soucek (£5.4m). Alternatively, a wing-back system will add to the battle of there being only one advanced midfielder spot alongside Jarrod Bowen (£8.2m)

IS PAQUETA WORTH BUYING IN FPL?

Now in the Europa Conference League, having a winter World Cup tightens the schedule even further so that every midweek for them brings either a fixture or an international break. Squad depth has sensibly been added but it also suggests rotation will be commonplace over the coming months.

These fixtures can be seen visually via Legomane.

Most of us will be on a watching brief at first, at least until tricky-ish fixtures against Chelsea and Newcastle are out of the way and we’ve established Paqueta’s game-time prospects.

But he’s available at a price rung where there isn’t much competition, should the omens look positive: handed a £6.0m start, he is priced similarly to Jack Harrison (£6.1m) and Pascal Gross (£5.8m) but there aren’t many other stand-out options between £5.5m and Gabriel Martinelli (£6.4m).