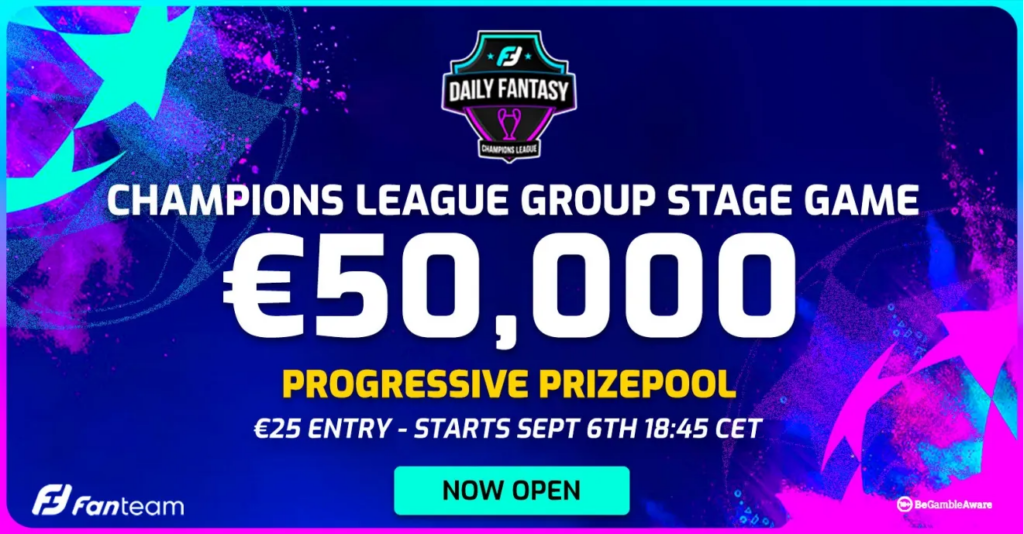 The UEFA Champions League is back – and by the end of the group stage, you could be €5k richer!

Fantasy managers can put their European football knowledge to the test in FanTeam’s €50k Champions League Group Stage game, which comes with a guaranteed first prize of €5,000.

In this progressive prize pool, there is at least €50,000 to be won until a minimum number of teams have been registered. After that, the total will rise with each new entry.

Entries cost just €25 (£21.25) and up to 10 teams per user are allowed, with the top 17% of managers walking away with cash prizes. For example, 340 will be victorious from 2,000 and the outright winner will receive exactly ten per cent of the final prize pool.

Even better: the game rules and scoring system are very similar to FPL, so skills are easily transferred from one game to the other.

So if you’ve ever wanted to own both Robert Lewandowski and Lionel Messi in your Fantasy side – now you can!

HOW TO PLAY: A BRIEF GUIDE

With only the group stage covered in FanTeam’s game, there is no need to worry about long-term planning for the knockout rounds, price changes or chip strategy: it’s simply a six-Gameweek tournament, which runs until early November.

For a rule breakdown of the rules, see the above image.

Seasoned FPL managers should have no problem in adjusting to the €50k Champions League Group Stage game.

The familiar scoring system is shown above, with minor differences outlined below.

KEY DIFFERENCES BETWEEN FANTEAM AND FPL

ENTER YOUR TEAM AHEAD OF THE GAMEWEEK 1 DEADLINE