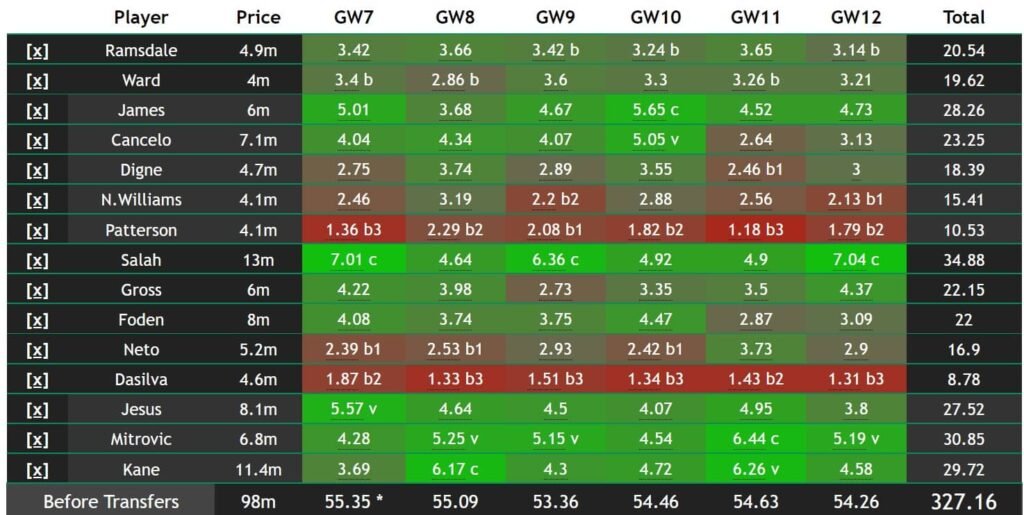 Our points projections for Gameweek 7 of Fantasy Premier League (FPL) and beyond are provisionally available ahead of Saturday’s deadline.

These figures will be fine-tuned on Thursday and Friday after the pre-match press conferences have taken place.

Bruno Guimaraes (£5.7m), for example, will jump up the table if Eddie Howe declares him fit and available after a recent injury-enforced absence.

‘Expected minutes’ will also be adjusted accordingly when we see how much game-time players rack up in European competition in midweek.

For now, it’s Mohamed Salah (£13.0m) who leading the chasing pack in Gameweek 7 ahead of Liverpool’s clash with Wolverhampton Wanderers.

Looking over the next six Gameweeks, the in-form Aleksandar Mitrovic (£6.8m) sits in third behind only Salah and Erling Haaland (£12.0m).

Premium Members of Fantasy Football Scout can see the players heading the points projections for both this upcoming Gameweek and the next half-dozen in the images below but you can get the full picture here.