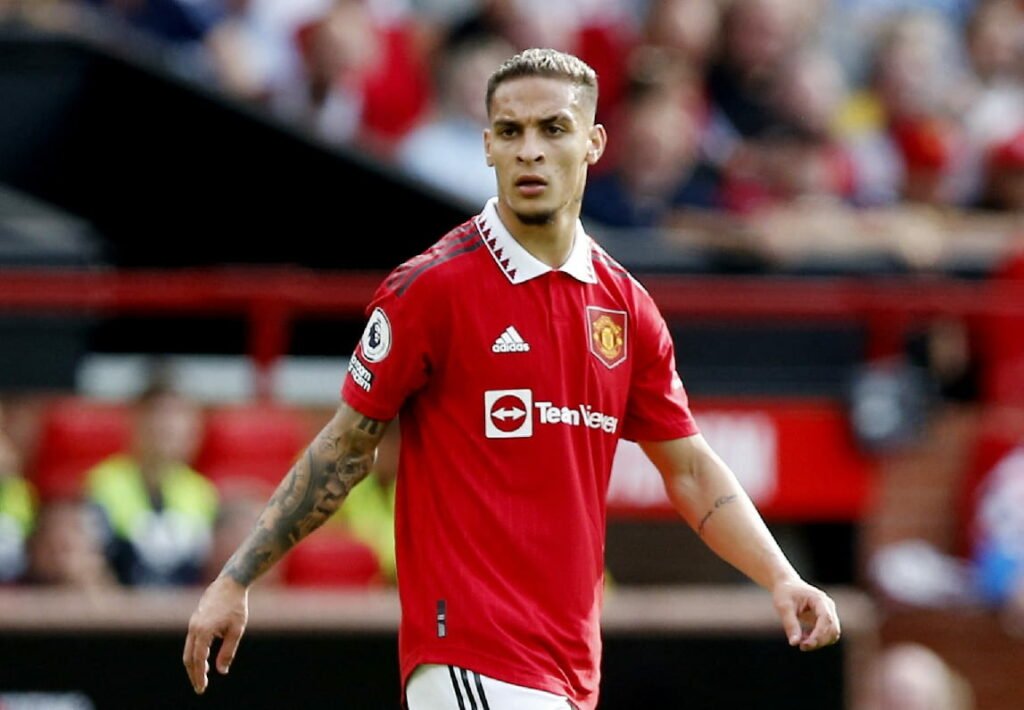 Supporters in the Netherlands have divided opinions over the attitude and footballing ability of Antony (£7.5m) but the one thing they all agree on is that Manchester United paid an astonishing, excessive amount of money for the Brazilian attacker.

Yet this €100m (£85.6m) fee shows how much head coach Erik ten Hag rates a player he developed for two years at Ajax, despite being labelled “childish” by Dutch legend Marco van Basten.

So will the 22-year-old become a key player at Old Trafford and what Fantasy Premier League (FPL) impact will he have?

Born in early 2000, Antony Matheus dos Santos came through the academy ranks of hometown giant Sao Paulo after joining at a young age.

Voted as the best player whilst winning the 2018 J League Challenge youth tournament in Japan, he made his first-team debut in November 2018 and went on to register four goals and six assists during the full campaign.

Ajax – a club famed for talent spotting and nurturing world-class stars – had already seen enough and secured his signature in February 2020, effective from that July.

He arrived to replace Chelsea-bound Hakim Ziyech (£5.7m) and quickly wowed fans with his incredible acceleration and dribbling.

Although, on the surface, 18 goals and 14 assists from 57 Eredivisie appearances is an okay rate of return, there are critics regarding an immature temperament.

In March, Antony scored a late winner during a 3-2 win over fierce rivals Feyenoord. Being booked for passionately ripping off his shirt and celebrating amongst the fans isn’t so bad but he quickly picked up a second yellow for Rivaldo-like theatrics designed to waste time.

Alongside the way in which he tried to force this transfer, it leaves a bad taste amongst those in Amsterdam.

At an international level, Antony started all six games for Brazil’s under-23s when they won a gold medal at last summer’s Olympics. From there, he has established himself as part of the senior squad by scoring on his debut and collecting nine caps so far.

This high-profile transfer should help him remain in Brazil’s plans for the winter World Cup.

According to WhoScored, he has many positive attributes and just defensive contributions as a major weakness. There is a particular strength for passing, dribbling and technique.

As well as questions over his maturity, Antony can be a little wasteful with his shots and his decision-making certainly needs to get better. Working with ten Hag again will surely see these things improved.

The new head coach has managed Antony for 80 matches – including Sunday’s outing against Arsenal – and overwhelmingly sees him as a right-sided winger who cuts inside on his left foot.

Underlying stats-wise, his shot count leaps out but around half of his efforts have tended to be low-percentage attempts from distance, while the rate of chances created wasn’t as eye-popping as the likes of Kevin De Bruyne (£12.2m) and Trent Alexander-Arnold (£7.5m) managed in a superior league in 2021/22 (one every 25 and 32 minutes respectively).

WHERE ANTONY FITS IN AT MAN UNITED

In fact, it was confirmed by ten Hag that Antony will play on the right during a chat with MUTV. As seen by the average position map from our Members Area, the Brazilian (with shirt number 21) stayed particularly wide in comparison to the congestion elsewhere.

He was straight into the starting line-up against the Gunners and it took 35 minutes for him to open his Premier League account.

Marcus Rashford (£6.5m) received the ball centrally and attracted some defenders, therefore creating the space to slide in Antony. The debutant coolly curled home a low shot into the far corner.

He didn’t reach the hour mark, as Cristiano Ronaldo (£10.2m) came on as a replacement, but it was quite an impressive start for the big-money signing.

“I think we have already seen what a threat he is. Speed and creativity are a real threat in the Premier League. And he is a part of it. And I think we missed a player on the right wing because all the players that can play there like Jadon Sancho, like Marcus Rashford, prefer more the centre or the left side.

“Now, we have the one who can play really good over the right wing, so there was a missing link. Now, today’s first performance here, he did well, but he can step up.” – Erik ten Hag

On the other hand, underlying stats show that 25 chances were created between the two sides, yet not one from Antony. He only had two penalty area touches and totalled an expected goal involvement (xGI) of 0.42.

IS ANTONY WORTH BUYING IN FPL?

Nevertheless, he has already been bought by 340,000 FPL managers during the week, making him FPL’s fifth-most transferred player.

Like several other English clubs, participating in European competition means a tough schedule between now and the World Cup break. Every midweek brings Man United either a domestic fixture, a Europa League night or an international break.

Their fixtures can be seen visually via Legomane.

Handed a £7.5m price tag, Antony is instantly comparable to Jadon Sancho (£7.3m) and Rashford for those wanting some United attacking coverage. This was the front three against Arsenal but Ronaldo, Anthony Martial (£6.9m) and Anthony Elanga (£4.9m) will inevitably get some starts at some point.

So those FPL managers planning to activate their Wildcard chip in Gameweek 9 have matches against Crystal Palace (a) and Leeds United (H) to observe this situation further. At this point, we might have a better idea if Antony is a viable FPL asset, although an ‘out of position’ Rashford for a £1m cheaper probably retains an edge so long as Martial is sidelined.