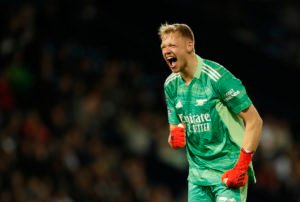 With six Gameweeks’ worth of Premier League player and team data now available, it’s time to bring Big Numbers back for the 2022/23 season.

For the uninitiated, this article series looks at the key Fantasy Premier League (FPL) statistics ahead of the upcoming Gameweek.

These cherry-picked Opta stats can all be found in our Premium Members’ Area.

Only subscribers can read the full article; those wishing to sign up to our site and continue reading, as well as see a list of the benefits that Membership brings, can do so by clicking here.

-3.50 expected goals prevented (xGP) by Danny Ward (£4.0m) this season. In layman’s terms, the Leicester City goalkeeper has conceded on 16 occasions when Opta’s ‘expected’ data reckons he should only have shipped 12.5 goals. That makes him the biggest underperformer of current starting Premier League goalkeepers, while no present number one has a worse save percentage (53.3%).

+2.60 is, by contrast, Jordan Pickford‘s (£4.5m) xGP in the first six Gameweeks, which is the best among FPL goalkeepers this season. He has been in fine form for the Toffee but he’ll be absent with a thigh injury in Gameweek 7, which could be a boost to the Fantasy prospects of Arsenal attackers.

14 of Aaron Ramsdale‘s (£4.9m) last 16 Premier League starts have seen the Arsenal goalkeeper finish the match without a clean sheet. His xGP in that time is a poor -5.50, while his save percentage is down at a miserable 57.7%.

16 penalty box touches registered by Diogo Dalot (£4.5m) in the first six Gameweeks of the season, a total that no other FPL defender can better. Dalot’s rate of penalty area touches per 90 minutes has more than doubled compared to 2021/22, while he is also currently third for chances created (10) among players in his Fantasy position.