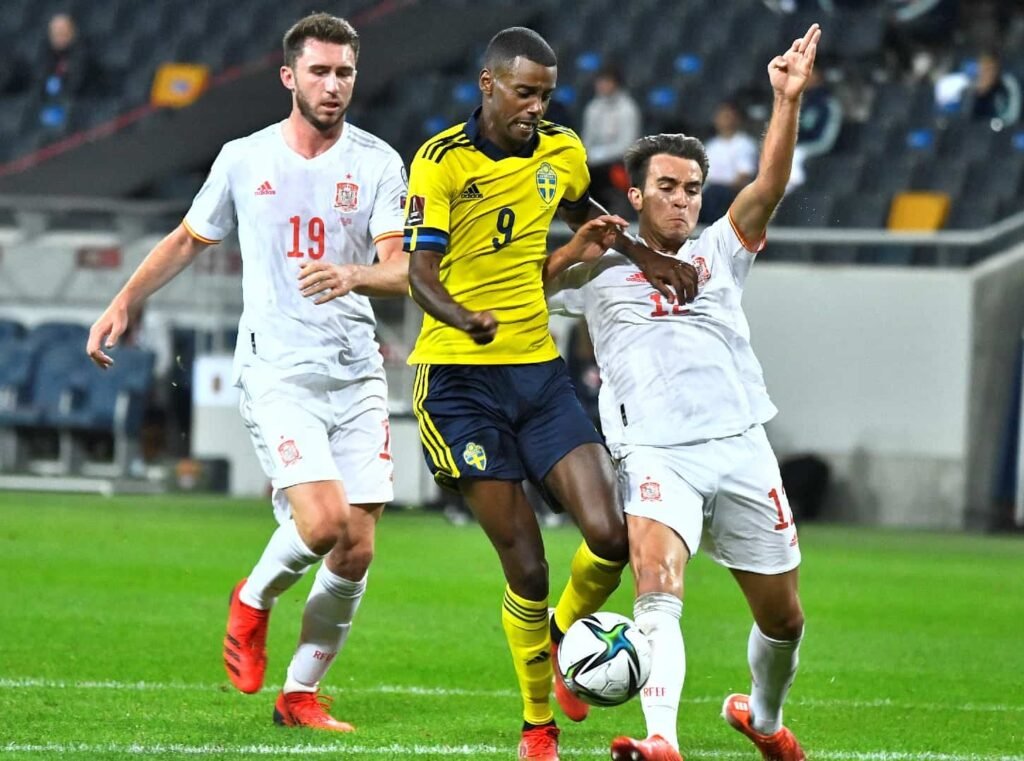 Having been linked with several big-money deals throughout the summer, the Magpies waited until the final week of the transfer window to make their statement signing by securing the Swede’s signature from Real Sociedad.

He’s already made a quick impression to FPL managers but what might the future hold and where does the 22-year-old forward fit in at Eddie Howe’s side?

Isak was born and raised in Solna, a part of central Stockholm, by Eritrean parents. As a kid, he started playing at youth level for hometown club AIK and eventually made his first team debut aged 16 years and 199 days – against a Graham Potter-led Östersunds.

Within months, Isak was touted as being one of Europe’s hottest wonderkids. At such a young age, he netted ten times in the 2016 Allsvenskan campaign and soon decided that Borussia Dortmund was the best place for his development, rather than Real Madrid.

The €9m transfer fee remains the record sale from a Swedish club to this day. Yet strangely, despite being surrounded by other highly-regarded youngsters like Jadon Sancho (£7.3m), Christian Pulisic (£5.7m) and Ousmane Dembele, things didn’t really work out for Isak.

He played few minutes under Thomas Tuchel and made no first-team appearances in his second season, splitting time between Dortmund reserves and a loan with Dutch side Willem II.

A fantastic 13 goals and seven assists came in just 16 Eredivisie outings but Dortmund were still not convinced by the then-19-year-old and agreed to sell him at a small loss to Real Sociedad.

Season one was spent largely as a backup to Willian Jose but he soon excelled around teammates like Martin Odegaard (£6.5m), Mikel Oyarzabal and David Silva. The 2019/20 side won a Copa del Rey.

However, last season was a poor one. Six goals arrived in 30 appearances, which meant some eyebrows were raised when Newcastle decided to splash the cash.

On the other hand, most players have experienced an underwhelming campaign at some point in their careers and perhaps the change of scenery, in a new league, will stop any stagnation.

At international level, he has already collected 37 Sweden caps and nine goals – also being their youngest ever scorer at 17 years and 113 days.

According to WhoScored, Isak is a strong dribbler but is weak when it comes to defensive work and aerial duels.

The latter is odd, considering his height of 6 ft 4 in. Having a lanky body doesn’t lend itself to the power needed for headers and this is certainly one area that needs developing.

If Eddie Howe and his staff can aid this, there will be a forward that has everything. He has height, yet is quick, mobile, intelligent and fairly technical.

Journalist Carl Anka described Isak as a potential ‘footballing unicorn’ in The Athletic.

‘The strikers of the next decade are likely to be physically imposing athletes capable of moments of explosive speed and strength to break through high-line defences. They will need to be able to play with their back to goal, but also to press from the front and to hassle defenders in the wide areas.’

WHERE ISAK FITS IN AT NEWCASTLE

Due to Callum Wilson‘s (£7.2m) injury, Isak was thrown straight into an away debut at Anfield. He not only scored but had a well-taken second ruled out for a narrow offside.

Slipped in by Sean Longstaff (£4.4m), a calm Isak fired a right-footed shot into the far corner to put Newcastle 1-0 up and the disallowed strike saw him released down the left flank, before dribbling into the penalty area, cutting inside, dummying past the centre-back and slotting home. An impressive way to launch his career on Tyneside.

In two Gameweeks that Isak has featured, he is joint-third amongst forwards for expected goals (1.26) and has totalled three shots on target.

Using a bigger sample size, during the last two seasons, he ranked third and then fifth in La Liga for shots on target per 90 minutes (having played at least 1,800 minutes).

Here is where he’d fit amongst the Premier League names.

The big question regards how both he and Wilson will line up together once the latter recovers from a hamstring injury.

One option is to use Isak and Allan Saint-Maximin (£6.4m) as wider forwards and Wilson as the number nine, whilst another could be to have Kieran Trippier (£5.2m) as a very attacking full-back who provides right-sided width, allowing two up top.

IS ISAK WORTH BUYING IN FPL?

The Swede also has a decent penalty record, where he scored four from five at Willem II and both attempts at Real Sociedad last season.

Add this to a promising start and a fantastic run of games that doesn’t include European football, FPL managers may be tempted into selling highly-owned Gabriel Jesus (£8.1m) to accommodate some of the strong options within the £6.5m – £7.5m price bracket.

Aleksandar Mitrovic (£6.9m) and Ivan Toney (£7.2m) have form and fixtures to their name and, with Wildcard season underway, Isak is definitely a name to be considered alongside them – if a slightly riskier purchase than the Fulham and Brentford forwards we already know so much about.