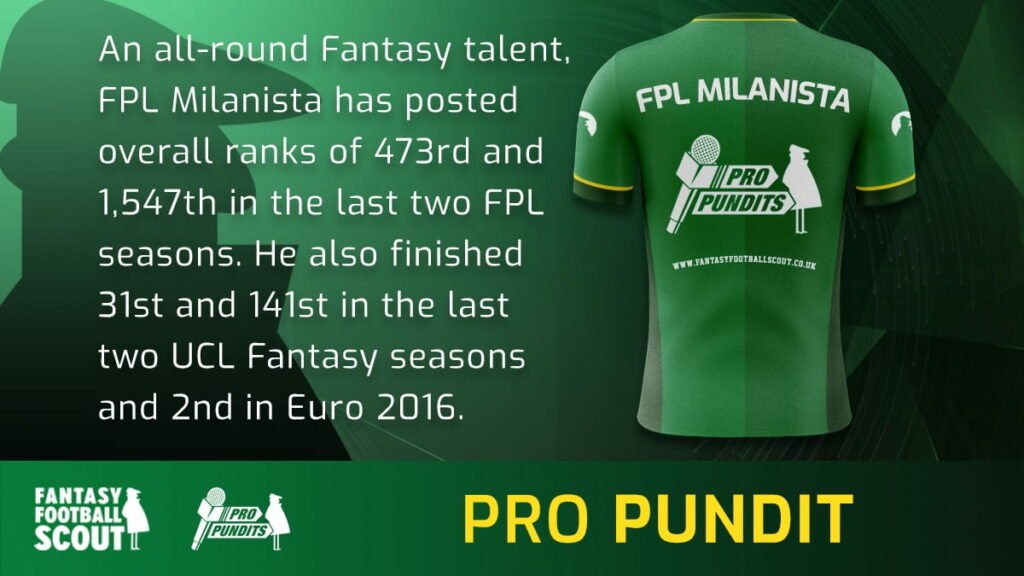 The 2022/23 UEFA Champions League (UCL) got underway last week – and so did the competition’s official Fantasy game.

With prizes dished out every Matchday, UCL Fantasy also offers an incentive for managers to belatedly enter a team even if they failed to do so in Matchday 1.

Our Champions League content continues this week as FPL Milanista (aka Obay) shares his thoughts on whether now is the right time to play the Limitless chip.

UEFA Champions League action is back underway this Tuesday, and how eager we are to tinker and build upon what was a considerably high-scoring Matchday 1.

Talking about my Matchday 1, it was an incredibly amazing opening midweek in which I managed to score 129 points, chiefly thanks to a 40-pointer from captain Alex Grimaldo, which puts me at a worldwide rank of 372nd.

So what’s next? This is a short article that will hopefully help you decide upon the path you will pursue in the following weeks.

Given there was no Premier League action over the weekend, most Fantasy managers had the UCL Fantasy to fall back on, and to re-emphasize what my previous article covered, adopting a strategy is very much essential in this short-life Fantasy game.

I’ve always been a fan of Wildcarding in Matchday 3, as this approach offers an opportunity to aggressively target Matchday 3 and 4 fixtures in one hit (the fixtures are identical, other than the home/away sides reversing). My initial squad was built just for a single Matchday and my chip strategy was always to activate Limitless in Matchday 2 before hitting the Wildcard button next week.

However, I had a more detailed look at the Matchday 2 fixtures and started to question the Limitless approach, especially given that many of the most explosive Fantasy assets for this round are playing on Wednesday. This factor needs to be properly weighed up as it’s mainly risk-related and the potential of scoring big on a Limitless in Matchday 2 is still relatively high, with favourable fixtures for teams like Real Madrid, Manchester City, PSG, AC Milan, Inter, and Chelsea.

The question is: will there be another opportunity to benefit more from such a valuable chip? Possibly. Looking back at the teams I just mentioned, five out of those six clubs are playing on Wednesday, which again makes the use of this chip less appealing to an extent.

People may point out that even on a Wildcard, we will be facing an issue picking up a reasonable number of Tuesday assets. But be reminded that by taking a Wildcard approach you are now forced to use your budget wisely. Taking few “cheaper” punts on teams like Porto, Inter, Sporting, Marseille etc is normally acceptable, unlike in Limitless where you must try to build the optimal squad that consists of the 13 most explosive assets.

Lastly, I’d like to remind everyone that the UCL Fantasy deadline is not over until the first game of the week kicks off, and this means that we will definitely have some line-ups to hand before we finalise our squads – people who waited till the last minute to jump on the likes of Raphael Guerreiro, Marco Reus and Jude Bellingham last week will get my point here.

There is always something to look at and consider when such line-ups emerge, and given the lack of Tuesday quality on paper, the Inter, Spurs and Sporting line-ups may be quite worth looking at. Remember that you can always substitute your Tuesday player with one playing on Wednesday as long as he doesn’t get sent off.

Good luck, everyone. I hope it will be another outstanding week for those who had a strong start in Matchday 1 and be the week of recovery for those who struggled.