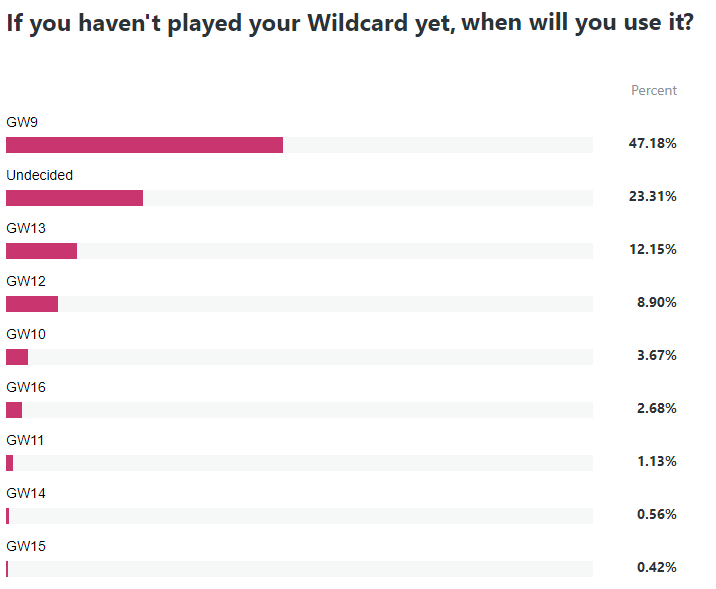 Gameweek 8 was the busiest week for Wildcard deployment in 2022/23 so far.

Over 650,000 Fantasy Premier League (FPL) managers activated it, taking total usage of the chip to around 27%.

But for the rest of us with the Wildcard still intact, when is the best time to use it?

Nearly half of the responders in our early poll say Gameweek 9 and many of those will have already hit the ‘activate’ button.

Just under a quarter of you say that they are undecided, however, so we’ll run through the pros and cons of two of the Gameweeks that many others are considering: Gameweeks 9 and 13.

This article is built on the excellent groundwork laid by Pras in pre-season, who shared his thoughts on potential Wildcard windows before a ball had even been kicked in early August – and many of his arguments for and against are as valid then as they are now.