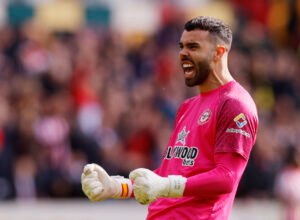 We have chosen our best Fantasy Premier League (FPL) players for Gameweek 9 ahead of Saturday’s deadline.

While David Raya (£4.5m) has only one clean sheet to his name in 2022/23, his total of 30 saves can’t be beaten by any other goalkeeper. In fact, the Spaniard has registered at least one save point in each of his seven outings so far and now visits a Bournemouth side that, while showing improvement under interim boss Gary O’Neil, have still managed just two ‘big chances’ and 1.94 expected goals (xG) against Wolverhampton Wanderers, Nottingham Forest and Newcastle United… combined. That poor goalscoring record makes this the perfect fixture for Raya to record his second clean sheet of the season.

Trent Alexander-Arnold (£7.4m) may find himself on the periphery for England, but he remains a key player for Jurgen Klopp’s Liverpool and returns to the Scout Picks XI for the visit of Brighton and Hove Albion. Not only is his expected goal involvement (xGI) the highest of any defender in 2022/23, but he also sits joint-top alongside Kieran Trippier (£5.4m) for chances created. The Reds have managed just one clean sheet in their last five Premier League home matches, but are undefeated in 26 at Anfield, while Brighton will have Roberto De Zerbi in the dugout for the first time.

Reece James (£6.0m) reassuringly started at right wing-back during Graham Potter’s first match in charge of Chelsea, which suggests he will once again be used as a key attacking outlet. The 2021/22 campaign saw the England international deliver five goals and nine assists from just 22 starts and 1,867 league minutes. He already has one of each this season, with an xGI that is only beaten by Alexander-Arnold amongst defenders. It’s also worth noting that opponents, Crystal Palace, rank third-worst for chances conceded from their left-flank, despite playing a game fewer than most.

Ideally, we’d have Joao Cancelo (£7.2m) in this slot, but due to budgetary constraints, have had to opt for teammate Ruben Dias (£6.0m). Manchester City have more clean sheets (four) than any other top-flight side this season and have also allowed the fewest shots, efforts on target and expected goals conceded (xGC). Dias, meanwhile, looks an assured starter at the back and will pose a threat from set-plays, having produced seven attacking returns in 2021/22.

West Ham United’s clean sheet prospects look good this weekend, as they host a Wolverhampton Wanderers side that have only hit three goals in seven league games. Despite finding themselves in the bottom three, the Hammers rank a very decent sixth for xGC, whilst conceding the fifth-fewest shots on target. Our pick, Vladimir Coufal (£4.4m), ranks joint-sixth among defenders for attempted crosses in 2022/23 so far, while Wolves have demonstrated zonal weakness from their left-flank, placing in the bottom two for crosses conceded from that area of the pitch this season.

The community member who beats our team by the largest margin will win a £100 Amazon Voucher and a place in our Moderators and Contributors League for the following season.

Our champion this week is racerx, who has gone with this selection: