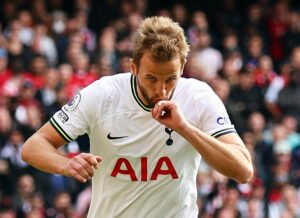 The Scoreboard presents all the Fantasy Premier League (FPL) numbers you need from Saturday’s matches on one screen.

As well as LiveFPL‘s rundown of the goals, assists and bonus points from the day’s FPL action, we’re bringing you a selection of the Opta stats that arrive in our Premium Members Area almost immediately after full-time in each fixture.

The 32%-owned Aleksandar Mitrovic (£6.9m) limped off with a knock to his foot in 10-man Fulham’s defeat to Newcastle United, with Marco Silva saying further assessment would be needed on the striker this week.

Callum Wilson (£7.2m) crowned his return to the Magpies’ starting line-up with a goal in a 4-1 win, while owners of Kieran Trippier (£5.4m) were fortunate enough to see the defender substituted – banking clean sheet points and one bonus in the process – before the Cottagers scored a late consolation.

Harry Kane (£11.4m) consolidated second place in the overall FPL points standings with a goal in the early kick-off, his seventh league strike in eight matches.

But north London was red after the lunchtime derby, with the most-sold player of Gameweek 9, Gabriel Jesus (£8.0m), almost inevitably getting on the scoresheet and collecting two bonus points in the process. FPL’s most-owned midfielder, Gabriel Martinelli (£6.6m) also banked an assist, while Granit Xhaka (£5.1m) climbed into the top 10 in the midfielders’ points table with his fifth attacking return of 2022/23.

Liverpool’s under-par defensive displays continued at Anfield, with Brighton playing their part in a six-goal classic. It’s now just two clean sheets in seven league matches for the Reds, and they’ve yet to play any of last season’s top five. The Seagulls had six big chances on Saturday – only Newcastle registered more.

Mohamed Salah (£12.8m) was more involved in terms of goal attempts but had to make do with a solitary assist as Leandro Trossard (£6.6m) stole the headlines, scoring a hat-trick and moving above the Egyptian to the top of the midfielders’ FPL points table in Roberto De Zerbi’s first game in charge of Brighton.

Gone was the wing-back system as new Chelsea boss Graham Potter went with a back four in the absence of Marc Cucurella (£5.1m), although the defensive issues continued as the victorious Blues made it six matches with a clean sheet at Selhurst Park.

Southampton meanwhile are still without a shut-out to their name in 2022/23 after slumping to a 2-1 defeat to Everton, who named Anthony Gordon (£5.6m) on the bench after the youngster struggled with illness in midweek.

Ivan Toney (£7.3m) had been competing with Dominic Solanke (£5.7m) for a place in some FPL managers’ Gameweek 9 Wildcards but both blanked in a goalless draw at Bournemouth. Another semi-popular purchase for those overhauling their squads, the hitherto unimpressive Jarrod Bowen (£8.0m), kickstarted his season with a double-digit haul against Wolves.

MORE STATS IN OUR MATCH CENTRE

For other stats, shot maps, heat maps and more, click on the result of each fixture below to go through to the Match Centre: