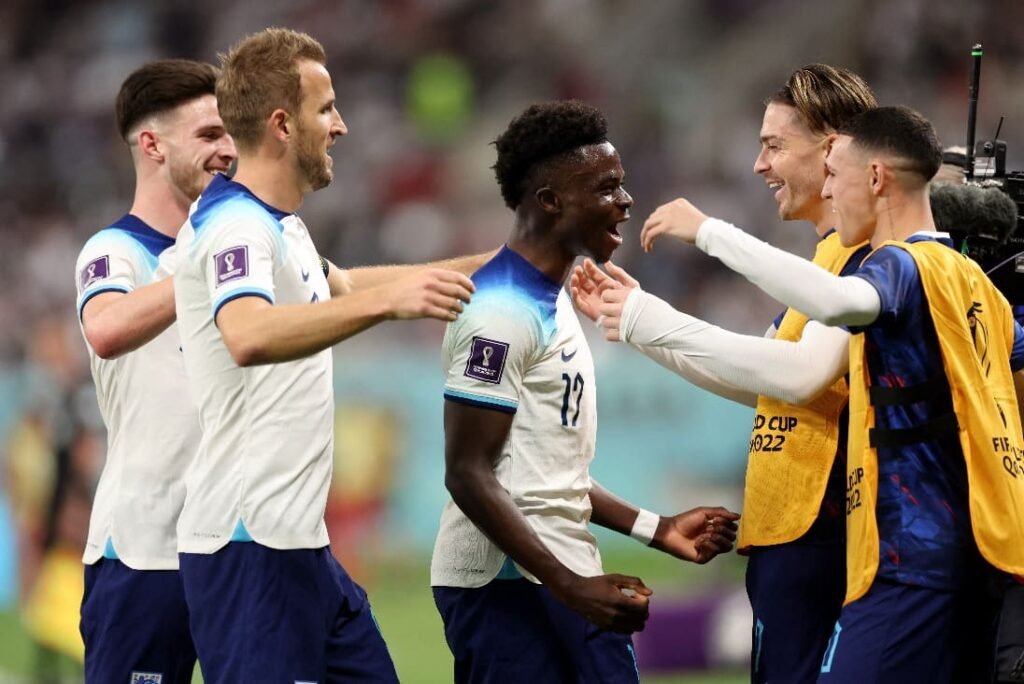 We round up the key Fantasy talking points from Monday’s three fixtures in our Scout Notes summary.

The graphics and numbers you see in this article are from our Premium Members area, which now includes all Opta player and team data from not just World Cup qualifying but also the ongoing tournament itself.

A rampant England scored three times at the end of the first half and couldn’t seem to stop, with a brace for Bukayo Saka ($8.0m) and two assists for Harry Kane ($11.0m) slightly soured by the lack of a clean sheet for much-owned Kieran Trippier ($5.0m).

The opening 45 minutes were based around three Harry Maguire ($5.5m) incidents at corners, plus a long concussion delay for Iran goalkeeper Ali Beirenvand ($4.0m) that resulted in 14 minutes of first-half stoppage time.

Maguire could and maybe should have been awarded a penalty in the third minute, before hitting the crossbar with a header after half an hour. Minutes later, Jude Bellingham ($7.5m) opened the floodgates with a glancing header assisted by Luke Shaw ($5.0m) – so at least one of the full-backs could muster a return!

In the 43rd minute, Shaw’s corner was nodded down by Maguire onto a sweet left-footed Saka shot that made it 2-0. Carlos Queiroz’s men barely had time to recover before Raheem Sterling ($8.5m) converted a Kane cross and suddenly this tricky-looking fixture was in the bag.

Gareth Southgate opted for a four-man defence in anticipation of a well-drilled display from defensive Iran, giving a start to Mason Mount ($7.5m) alongside Bellingham and Declan Rice ($6.5m).

By scoring six goals – enhanced further by Saka and substitutes Marcus Rashford ($7.5m) and Jack Grealish ($7.5m) – the England coach will be tempted to stick with this system when facing the United States and Wales.

However, they did concede twice to Mehdi Taremi ($7.0m) – the talented Porto forward with five goals from five recent Champions League games. His second arrived via a penalty 13 minutes into second-half stoppage time, meaning that 27 were added in total.

Overall, Kane owners will be disappointed with both the output and lack of penalty area touches – his one came far behind Saka’s five. There are post-match images of Kane limping around with strapping on his ankle but Maguire concerns were quickly downplayed as just blurred vision, so spirits will be high in the England camp heading into Friday’s clash with the United States.

Monday’s second match was petering out into a goalless stalemate until two late goals from Cody Gakpo ($7.0m) and substitute Davy Klaassen ($6.0m) secured all three points for Holland.

Just a couple of points came in for popular midfield choice Steven Bergwijn ($7.0m) but the third and fourth-most selected defenders, Denzel Dumfries ($6.0m) and Virgil van Dijk ($6.0m) secured a clean sheet. Their Matchday 1 ownerships are 25.3 per cent and 23.9 per cent respectively.

Wing-back Dumfries netted twice during four Euro 2020 matches and, from looking at his average position today (number 22), he will continue to be a menace to opponents. The five penalty area touches were only bettered by Ismaila Sarr ($6.5m).

Unlike Dumfries, star forward Memphis Depay ($8.5m) was unable to shrug off injury concerns and began on the bench. His cameo saw involvement in Klaassen’s stoppage time goal but, although it’d be given as an assist in Fantasy Premier League, the official FIFA Fantasy game doesn’t reward a shot whose rebound is scored.

From that 84th minute onwards, Senegal forced a few saves from international debutant Andries Noppert ($4.5m) – the 6ft 8in goalkeeper whose family advised him to retire after a nomadic career led to him being without a club for one whole year.

He stopped a half-chance from Krepin Diatta ($5.5m) at the near post, later going low to save a Pape Gueye ($5.0m) shot that would have snuck in otherwise.

So the Netherlands found a way to win despite an underwhelming performance, going joint top with Ecuador in Group A.

George Weah won the Ballon d’Or in 1995 but failed to reach a World Cup with Liberia. Regarded as one of the best players to have never graced the tournament, this match brought a goal to both Gareth Bale ($8.0m) – another name previously placed in this category – and his son Timothy Weah ($6.5m).

It was fitting that national icon Bale equalised in his first-ever World Cup match to grab a point for Wales. They have waited 64 years to compete at this level again and emotions perhaps got the better of them in the first half, where Christian Pulisic ($7.5m) and his friends dominated proceedings.

A peripheral figure at Chelsea, Pulisic was fantastic here and the 24-year-old slipped a beautiful through ball into the path of Weah to open the scoring in the 36th minute.

Yet the half-time introduction of substitute Kieffer Moore ($6.0m) enabled Wales to start hitting the ball over the top of USA’s relentless pressing. He soon went close with a near-post header and will surely start Friday’s clash with Iran. Their much-improved play was rewarded with an 80th-minute penalty.

It’s a surprise to see Bale in only 1.8 per cent of official FIFA Fantasy teams, knowing how determined he has been to almost single-handedly drag Robert Page’s men to Qatar. It was he who won the spot kick after drawing a foul from Walker Zimmerman ($4.0m) and there was never any doubt that the Los Angeles FC forward would step forward to blast it past goalkeeper Matt Turner ($4.5m).

It wiped out all Fantasy clean sheets, with only three players ending on more than one point. Surprisingly, Leeds United’s Brenden Aaronson ($6.0m) was only named on the United States bench, with in-form Leicester City stopper Danny Ward ($4.5m) also watching from the sidelines as Page stayed loyal to Wayne Hennessey ($4.5m).