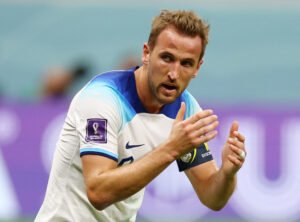 We round up the key Fantasy talking points from Friday’s World Cup action in our Scout Notes summary.

The graphics and numbers included in this article are from our Premium Members area, which now includes all Opta player and team data from not just World Cup qualifying but the actual tournament itself.

England played out a drab draw with USA on Friday and missed the chance to wrap up qualification to the last-16.

The Three Lions were second best for large periods and fortunate to come away with a point, as they managed just eight shots in the game.

In the opening stages, they regularly probed the left side of the US defence and got some joy via Bukayo Saka ($8.0m), yet their opponents grew in confidence as the match wore on.

Indeed, Weston McKennie ($6.0m) should have scored while Christian Pulisic ($7.5m) hit an angled shot against the bar. The latter was particularly lively, with his four shots more than any other player on the pitch.

For England, Mason Mount ($7.5m) brought a fine save from USA goalkeeper Matt Turner ($4.5m) just before the break, although they looked unrecognisable from the side that hit six past Iran in Matchday 1.

Defensively, however, owners of Kieran Trippier ($5.0m) and Luke Shaw ($5.0m) will be content, with the pair providing six points each courtesy of England’s clean sheet.

Now, Gareth Southgate’s side must avoid losing to Wales by four goals or more on Tuesday to secure their place in the next round. USA, meanwhile, must beat Iran in their fixture if they are to progress, with Fantasy interest in Pulisic set to pick up.

Ecuador fully deserved their point against the Netherlands on Friday after coming from behind to draw.

The result, which suited both sides, confirmed Qatar’s exit from their own World Cup and means the Dutch and Ecuador need just a point in their final games to secure qualification.

Enner Valencia’s ($6.5m) equaliser, his third goal of the tournament so far, was one of the game’s standout moments, although the fact he left the field on a stretcher is a concern. That means he has to be an early doubt for their crucial match with Senegal on Tuesday, having aggravated the knee injury that forced him off in Matchday 1.

As for the Netherlands, it’s two in two for in-demand PSV forward Cody Gakpo ($7.0m), after he rocketed the ball past Ecuador goalkeeper Hernan Galindez ($4.0m) inside the opening seven minutes. As a result, the 23-year-old has now been directly involved in 34 goals in 28 appearances for club and country this season, scoring 16 times and providing 18 assists.

However, it’s hard to assess this Dutch team after two matches in Qatar, as they haven’t really got going in attack. Indeed, they fashioned just two shots in Matchday 2, with only six touches inside the opposition penalty box, despite Memphis Depay’s ($8.5m) half-time introduction.

Ecuador, meanwhile, certainly held their own in the game with Valencia’s equaliser wiping out the Dutch clean sheet.

Iran were much the better side in Friday’s early kick-off and eventually got a deserved victory with two very late goals.

Both goals arrived after Wayne Hennessey ($4.5m) was sent off with four minutes of normal time remaining, following a reckless challenge on Medhi Taremi ($7.0m). For the latter, it’s been a productive start, with two goals, an assist and 15 points across two World Cup outings.

Elsewhere, Iran hit the Wales post twice in the first half, while Ali Gholizadeh ($4.5m) had an early goal ruled out for offside by VAR.

Conceding six goals to England was uncharacteristic from Iran, and today’s performance and result was a brilliant response ahead of Tuesday’s meeting with USA.

In a hugely disappointing day for Wales, they were overrun in midfield and despite having 62 per cent of the ball, didn’t feel in control and always looked vulnerable defending counter attacks.

Kieffer Moore ($6.0m) had their biggest chance but his close-range effort was saved, while Gareth Bale ($8.0m) had no impact whatsoever and lacked energy throughout.

Only once before has the host nation failed to advance from the opening phase of a World Cup, yet defeat left Qatar following in the footsteps of South Africa 12 years ago.

Boulaye Dia ($5.0m) and Famara Diedhiou ($5.0m) struck either side of half-time, with Bamba Dieng ($5.0m) adding a third after substitute Mohammed Muntari’s ($4.5m) powerful header for the hosts.

That meant Senegal lost their clean sheet, much to the annoyance of those who backed Youssouf Sabaly ($4.0m).

Qatar, meanwhile, have now suffered two straight losses but were much more prominent as an attacking force in the second half.

SARR ON THE RIGHT