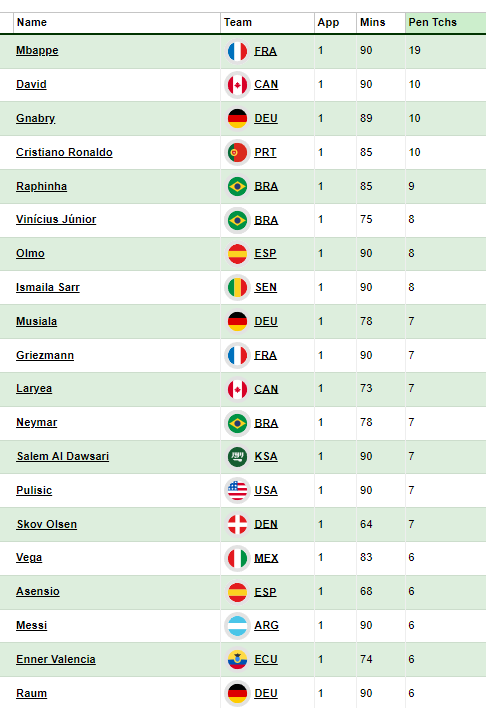 Premium Members of Fantasy Football Scout get access to Opta’s FIFA World Cup player and team data as part of their subscriptions – and you can get a taster with our Black Friday free trial.

Here we take a quick look at which players were racking up the most shots and created the highest volume of chances in Matchday 1.

We also review the attacking and defensive numbers from the nations that have been in action in Qatar.

KEY TO THE TABLES