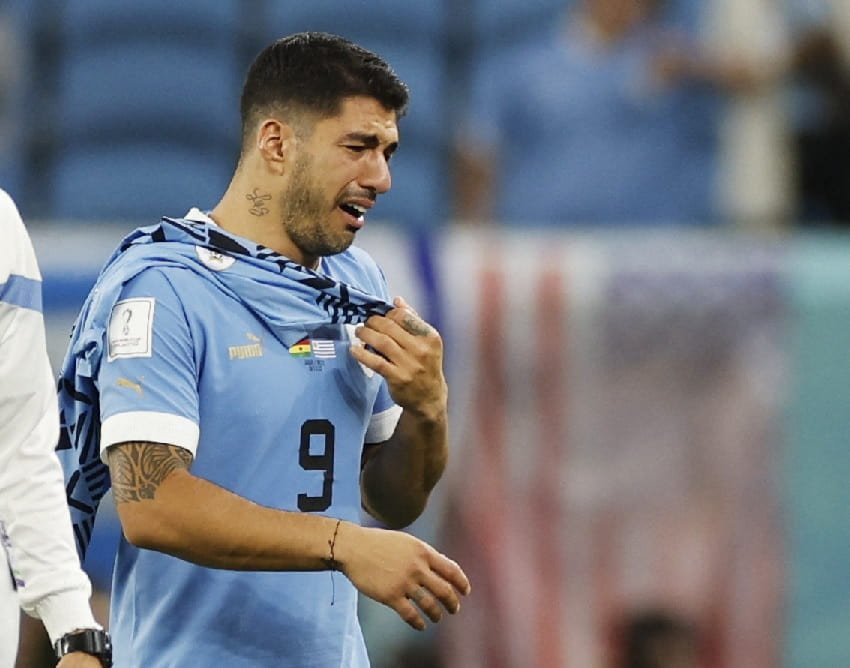 We round up the key Fantasy talking points from Friday’s four fixtures in our Scout Notes summary.

As we’ve reached the decisive Matchday 3 round of games, the focus will again mostly be on the players we’ll be able to pick from in the knockout stage and not those on the next flight back home.

The graphics and numbers in this article are from our Premium Members Area, which now includes all Opta player and team data from every World Cup game.

Another dramatic day of Matchday 3 saw South Korea pip Uruguay to second place by scoring more goals. Hwang Hee-chan’s ($6.5m) stoppage-time winner against Portugal punished the South Americans for sitting on their early 2-0 lead over Ghana when only one more goal was needed over the remaining hour.

Naturally, all the pre-match attention was on Luis Suarez ($7.5m) and Ghana, meeting for the first time since 2010’s controversial quarter-final. It was poetic that this much-awaited rematch also happened to revolve around the 35-year-old and a Ghanaian penalty miss.

Mohammed Kudus ($6.0m) is the Black Stars’ most-owned player in FIFA Fantasy and the Ajax star earned two points when earning a first-half penalty. Goalkeeper Sergio Rochet ($4.0m) ended up bagging a clean sheet for his owners but here he let one of his saves spill into Kudus’ path, before taking him down.

Up stepped captain Andre Ayew ($6.0m) – the only surviving member of Ghana’s 2010 squad – to banish the memories of Asamoah Gyan’s miss. Only he didn’t, as the poor penalty was saved by Rochet.

A hectic 15 minutes soon saw Mohammed Salisu ($3.5m) clear a Darwin Nunez ($8.0m) shot off the line before Suarez assisted Giorgan De Arrascaeta ($5.5m) for both goals. The first was an easy tap-in but the second saw his lovely volley round off a smooth move.

Had it not been for South Korea’s late victory, De Arrascaeta would’ve been an interesting cheap option for Fantasy managers.

Yet, despite Uruguayan fury and astonishment over not being awarded two second-half penalties, their late rally wasn’t enough to force a third goal. Cue the TV cameras constantly focusing on Suarez’s tears, who by that point had been booked and substituted.

Instead, we need to focus on the Fantasy assets of Portugal and South Korea, as their World Cup journeys continue. Similarly to France on Wednesday, the already-qualified Portuguese made wholesale changes to the starting XI and subsequently lost.

Highly-owned Bruno Fernandes ($9.5m) and Ruben Dias ($5.5m) were amongst those rested, although Bernardo Silva ($9.0m) did make a brief cameo towards the end. The goalkeeper Diogo Costa ($5.0m) brought in one point but Joao Cancelo ($6.0m), the game’s most popular defender, was unable to provide any.

With such a rotated team, it’s hard to read too much into Portugal’s collapse. They took the lead after five minutes when a long Pepe ($5.0m) pass found right-back Diogo Dalot ($5.5m), who then cut it back for Ricardo Horta ($6.5m) to score. Soon after, Cancelo cut inside and shot from a tight angle but it was saved well.

Whilst Cristiano Ronaldo ($10.0m) was involved in a goal, it was South Korea’s, as their corner kick ended up hitting CR7’s back and landing at Kim Young-gwon’s ($4.0m) feet to poke home.

The forward looked certain to score soon after when put one-on-one with Kim Seung-gyu ($4.5m) but wasn’t able to do so – although he still probably told team-mates that it went in!

No South Korean player is in over one per cent of squads but Spurs’ Son Heung-min ($8.5m) had a couple of non-threatening chances. Then, right at the death, his calm through ball quickly led to delirium, followed by nervously waiting for Uruguay and Ghana to finish, before more euphoria commenced.

Just like Portugal and France, Brazil had guaranteed progression by winning their first two matches, before rotating heavily to lose their third.

With popular Fantasy names like Alisson ($6.0m), Neymar ($10.5m), Marquinhos ($5.5m) and Richarlison ($7.5m) all rested and Switzerland’s Yann Sommer ($5.0m) ruled out with illness, nobody with over five per cent ownership started these Group G matches.

Therefore, despite there being very little Fantasy interest in these encounters, we can still look ahead to the round of 16.

Brazil’s nine changes meant they struggled to find a rhythm against Cameroon and a dull game was set to finish goalless until Vincent Aboubakar ($8.0m) headed an injury-time winner for the African side. He then removed his shirt to celebrate and was duly sent off for a second bookable offence.

Eder Militao ($5.0m) and Fred ($6.0m) were the only players to stay in Tite’s starting XI but we don’t even know if they’re secure options when facing South Korea on Tuesday.

Defensively strong, it wasn’t until halfway through Matchday 3 that Brazil finally conceded their first shot on target, so using these unlimited free transfers to get at least one of Alisson, Thiago Silva ($6.0m) and Alex Sandro ($5.0m) is highly recommended.

In attack, Arsenal’s Gabriel Martinelli ($8.0m) looked threatening due to three shots on target but he’s unlikely to stay in ahead of Vinicius Jr ($10.5m).

As for Switzerland, their back-and-forth match against Serbia was 2-2 at half-time but Remo Freuler’s ($5.0m) 48th-minuteth minute winner was enough to ensure they pipped Cameroon to second place. Portugal await them.

It took 25 seconds for the Swiss to force Vanja Milinkovic-Savic ($4.0m) into a double save and a thrilling first half soon saw the returning Xherdan Shaqiri ($7.5m) fire them into the lead.

However, by the 35th minute, this had been outdone by a pair of goals assisted by the superb Dusan Tadic ($8.0m) – first floating a left-footed cross onto Aleksandar Mitrovic’s ($7.0m) glancing header, then sliding in Dusan Vlahovic ($8.5m) for a soft diagonal shot that went across goal past Sommer’s replacement Gregor Kobel ($4.0m).

The rest of the clash was low on goals but high on yellow cards, with 11 in total.

Embolo and Shaqiri are the standout attacking assets, whilst Widmer provides an attacking threat from right-back.