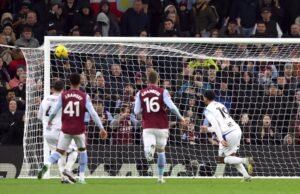 In this, the first of a two-part double-header, we round up the key Fantasy Premier League (FPL) talking points from the weekend’s FA Cup action.

Cody Gakpo (£8.0m) made his Liverpool debut in Saturday’s controversial 2-2 draw with Wolverhampton Wanderers. The Dutchman lasted 84 minutes of the third-round encounter, lining up on the left of the Reds’ front three. However, he did sometimes interchange positions with centre-forward Darwin Nunez (£8.9m), which was apparent during the Uruguayan’s first-half equaliser.

Overall, it was a quiet-ish night for Gakpo, but he did have a hand in Mohamed Salah’s (£12.8m) goal, whilst also showing glimpses of the role he can play in this Liverpool side. His partnership with Andrew Robertson (£6.9m) down the Reds’ left also showed promise.

“He fitted into the game. It was not easy for a first step. We cannot expect it to be perfect, but he showed good signs. We have to get him in better positions but that will come no doubt.” – Jurgen Klopp on Cody Gakpo’s debut

“For my own game, I think I showed some good moments and some sloppy moments. So, I can also still improve on those points and keep working and try to help the team as much as I can. Of course, you learn the most when you’re playing games, so I’m looking forward [to more].” – Cody Gakpo

Chelsea were outclassed at the Etihad on Sunday, as Manchester City cruised into the next round courtesy of a 4-0 win. As a result, it’s now five defeats in seven games in all competitions for Graham Potter, with a visit to Fulham up next on Thursday as Double Gameweek 19 reaches its conclusion.

On the team news front, Mason Mount (£7.6m) returned to the starting XI and lasted 73 minutes, while Marc Cucurella (£5.2m) was an unused substitute. Potter also provided injury updates on Christian Pulisic (£5.7m), Raheem Sterling (£11.7m) and Pierre-Emerick Aubameyang (£8.6m) after full-time, all of whom missed the FA Cup clash.

“Christian just opened up his knee in the game the other day so we’re still analysing it. It’s going to be weeks I would say. Raheem just had an action in the first minute that game, a back heel that was a bit strange and he felt something in his hamstring. So again we are analysing that. Aubameyang had a tight back yesterday so was unable to travel.” – Graham Potter

Alexis Mac Allister (£5.4m) came off the bench to score twice in Brighton’s superb 5-1 win at Middlesbrough. The World Cup winner replaced Adam Lallana (£4.9m) at half-time and took up an advanced role in behind the striker, rather than the deeper-lying midfield position he has largely played for Albion this season. With Pascal Gross (£5.6m) and Moises Caicedo (£5.0m) impressing in the middle, Roberto De Zerbi could potentially keep Mac Allister further up the pitch going forward.

“He has the quality to score. Before the World Cup, I used him in a midfield position with more responsibility to build the play. Now he’s higher and I think higher he can help us to find the last pass, to find the goal, because he knows very well that position.” – Roberto De Zerbi on Alexis Mac Allister

Elsewhere, budget forward Nathan Ferguson (£4.5m) started again. He failed to score but did lead the line well, providing a focal point for Brighton in attack. As a result, it does feel like the youngster is in the driving seat for the central striker role, although the return of Danny Welbeck (£6.5m) from injury in this match could potentially impact his minutes.

However, the situation with Leandro Trossard (£6.8m) – who has regularly been deployed as a false nine under De Zerbi – is worth monitoring. The Belgian was an unused substitute in the Gameweek 19 win at Everton and has been carrying a calf injury, but the Italian did also appear to question his commitment/attitude.

“I want players that work for the team on the pitch and Leandro knows very well my opinion, my idea. I’ve spoken a lot of times with him. I like him as a player, but I want more from him, because he can play better, he can work harder, he can run more on the pitch and I want players who give 100 per cent in every training session and every game. Without these characteristics, then they can’t play with me.

I don’t know if it’s the World Cup or what. I have to watch what my player does on the pitch. If there is a problem, I’m always open to understanding, to help my players in all situations, but on the pitch I want 100 per cent always. I can’t understand 80 per cent, 90 per cent. He’s one of the best players for us and one of the most important players for us. I’d like to always play with Leo in the first eleven, but it doesn’t depend only on me, it depends on Leo.” – Roberto De Zerbi on Leandro Trossard

Aston Villa suffered a shock 2-1 defeat at the hands of League Two Stevenage, with Leon Bailey £4.5m) and Danny Ings (£6.4m) failing to impress up front. The former does seem to be particularly low on confidence right now, having missed a few decent chances since the restart. Philippe Coutinho (£6.6m), meanwhile, started on the left of Unai Emery’s front three but looked rusty for the most part, while Matty Cash (£4.6m) picked up an injury just before he was replaced by Ashley Young (£4.4m) on 70 minutes.

Everton lost their FA Cup third-round tie 3-1 at Old Trafford, with Alex Iwobi (£5.4m) damaging his ankle ligaments during the match. The midfielder left the field on a stretcher and is expected to be out for three weeks. Dominic Calvert-Lewin (£7.9m), meanwhile, had a goal ruled out for offside, while Demarai Gray (£5.3m) impressed again, having netted in back-to-back Premier League matches.

“That’s what he got, you want to see it consistently because he’s got incredible speed and ability on the ball. Now he’s got himself a couple of goals and I think he’s in a really good moment.  We saw that today, we got him into really good positions inside their box, going one-against-one with people, so he’s in really good form. Others around him need to push themselves and get up to that sort of form. We have other threats, and it can’t all just be Demarai. We saw bits today where others joined but Demarai certainly deserves credit right now.” – Frank Lampard on Demarai Gray’s form

Max Wober had a solid debut from the bench as Leeds United were held by Cardiff City, with Rodrigo (£6.3m) on the scoresheet once again for the Whites. There were plenty of budget options in the starting XI, including Sam Greenwood (£4.2m) and Darko Gyabi (£4.3m) in central midfield, plus Crysencio Summerville (£4.3m), Joe Gelhardt (£5.1m) and Wilfried Gnonto (£5.0m) further forward.

“Max [Wober], for a young player, he’s very mature, he’s a leader. He absolutely helped calm things down and helped make the right decisions to bring us back into the game. And then yeah, I think also Rodrigo we know is a big player for us.” – Jesse Marsch

Elsewhere, Crystal Palace suffered a 2-1 defeat by Southampton at Selhurst Park – their third straight loss at home in all competitions – which paved the way for their Double Gameweek 20. Talismanic winger Wilfried Zaha (£7.3m) released Odsonne Edouard (£5.2m) to open the scoring, but they struggled for much of the match.

Bournemouth and Brentford also crashed out to high-flying Burnley and West Ham United respectively. The Cherries’ have now lost five matches in a row in all competitions, although Dominic Solanke (£5.7m) did look lively up front and scored. As for Brentford, new signing Kevin Schade was introduced as a second-half substitute, with Thomas Frank praising his display.

“That was positive. I saw some of his pace there and his directness. He was in and around when the ball dropped. He was in there for the second ball and the duels. I liked that.” – Thomas Frank on Kevin Schade

Fulham, meanwhile, made it four wins out of four since the restart with a 2-0 win at Hull City. Marco Silva rang the changes, with Carlos Vinicius (£5.4m) leading the line, potentially in preparation for Thursday’s home meeting with Chelsea given that Aleksandar Mitrovic (£7.2m) is suspended.