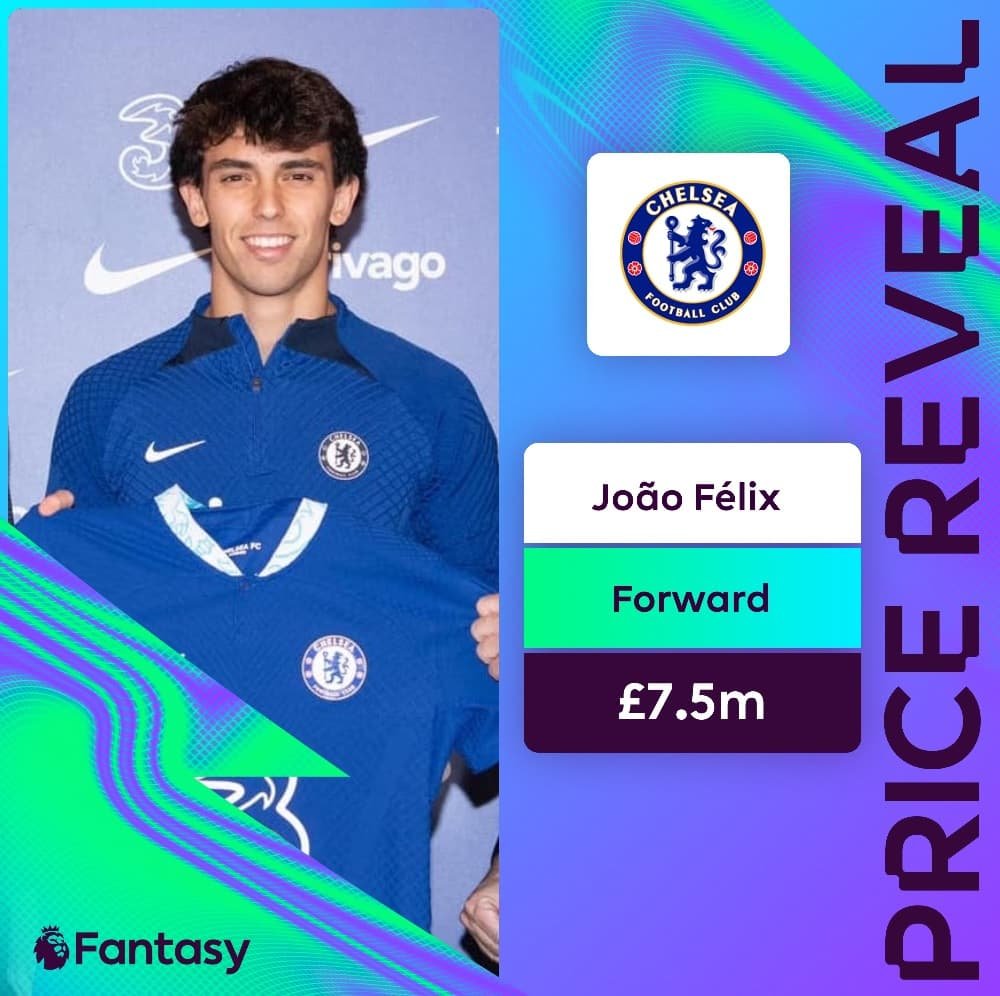 With the January transfer window open, a number of exciting new names are already arriving into the Premier League.

Now, Fantasy Premier League (FPL) have priced up the most recent arrivals, which we’ve rounded up below.

You can read about all the other key January moves, such as Cody Gakpo (£8.0m) and Matheus Cunha (£5.5m), in our dedicated page here.

Our Scout Report delves deeper into the FPL prospects of Chelsea loanee Joao Felix (£7.5m). The 2019 Golden Boy has had a tough time at Atletico Madrid under Diego Simeone and this temporary move provides the change of scenery that is perhaps needed – although he’ll be watching the next three league matches from the stands after his red card at Fulham.

Listed as a forward, the 23-year-old can play anywhere across the forward line and arrives at a time when Christian Pulisic and Raheem Sterling are injured.

It’s a decent price for someone about to face Everton (a), Aston Villa (H), Brentford (a) and Wolverhampton Wanderers (H), having made a cameo appearance during Wednesday’s cup win over Manchester City.

Not only did Orsic assist Croatia’s dramatic World Cup quarter-final equaliser against Brazil, but he also scored the winner in the third-place play-off.

Furthermore, his 15 Champions League and 13 Europa League goals include goals against Chelsea, West Ham United and a Tottenham Hotspur hat-trick.

“We have two left-backs but the profile is similar with them. I spoke with Augustinsson about the possibility to leave – he is on loan here from Sevilla – because I wanted to sign a different profile, trying to be more offensive.

“I spoke with him [Augustinsson], the idea is to try to leave and get another option to play.”

It’s too early to determine if the Spaniard will be first-choice and therefore a viable FPL asset.

Seemingly a forward at Freiburg, loanee Kevin Schade (£5.0m) has been listed as a midfielder in FPL. Should he be required to fill in for Ivan Toney (£7.4m) up front, there may be some out-of-position potential for the 21-year-old German.

Then again, big summer money was spent on Mikkel Damsgaard (£5.1m) and Keane Lewis-Potter (£5.2m) and their impact has been minimal.