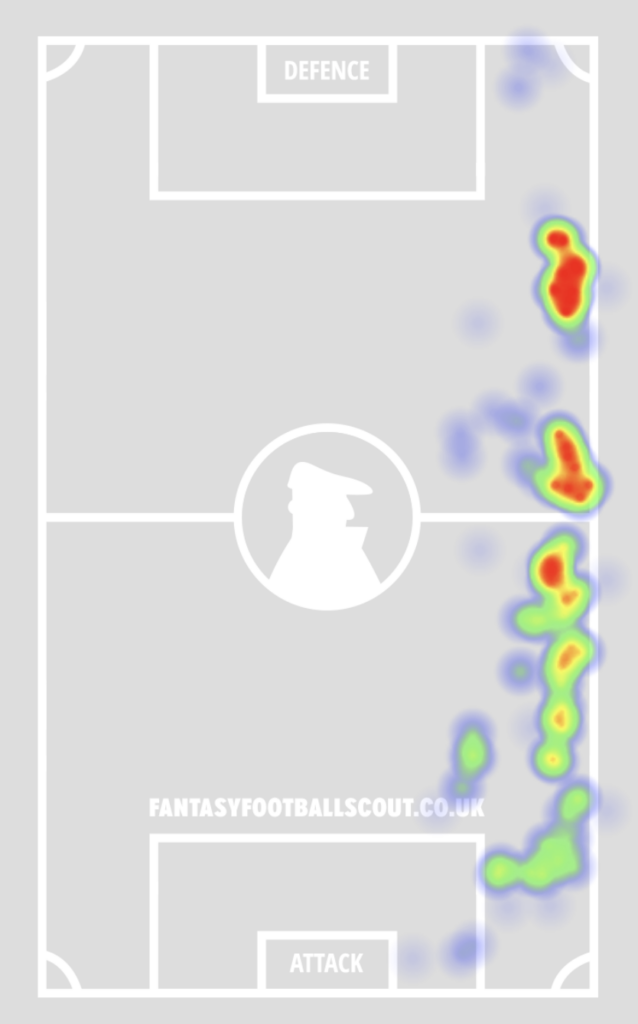 The numbers and graphic you see in this article are taken from our Premium Members Area, where you can access Opta player and team data for every single Premier League fixture this season.

Kieran Trippier (£6.0m) and Martin Odegaard (£6.7m) moved up to second and fourth respectively in the FPL player standings, thanks to nine-point hauls on Sunday. The pair have racked up 37/35 of their points since the World Cup, with their consistency almost unrivalled.

Trippier has now received two or more bonus points in each of his last seven league appearances, with six clean sheets kept in that time. As for Newcastle, they have conceded just five league goals at St James’ Park all season, with the last of those arriving in October.

Odegaard, meanwhile, is Arsenal’s top scorer in 2022/23, with his effort from almost 30 yards on Sunday finding the bottom corner in the north London derby. As a result, the playmaker has 10 attacking returns in as many matches, a period that has seen him average 7.6 points per match.

“Ah, terrific. Especially the first half I think he was incredible. He’s really showing a different kind of presence in the way he’s influencing the game, just the feeling, the way he moves and what he transmits on the pitch is different. To do what he’s done here today, big credit to him.” – Mikel Arteta on Martin Odegaard

Substitute Alexander Isak (£6.6m) scored the only goal of the game at St James’ Park, with his late winner coming after Aleksandar Mitrovic (£7.2m) had a penalty disallowed because the striker accidentally kicked the ball onto his standing foot.

The Swede was introduced after 71 minutes, with Eddie Howe’s decision to deploy him behind Callum Wilson (£7.2m) in a 4-2-3-1 paying off.

“I came on like a number 10. I have been out for some time so I have not really played with all of the guys. I enjoyed getting some minutes and I think we have a wide and good squad. We can play in different ways. I feel fit, not perfect, but I am getting there and using every opportunity to get better.” – Alexander Isak

It seems unlikely that Isak, who has scored three goals in four Premier League games this season, will be paired with Wilson from the start on a regular basis, as it could damage the balance of the team.

However, an extended period on the sidelines for Bruno Guimaraes (£5.7m), who went off with an ankle injury against Fulham, could potentially force Eddie Howe into a rethink, especially if he doesn’t fancy Sean Longstaff (£4.4m) as a long-term six.

“Bruno was very distressed. He was in a lot of pain. He twisted his ankle and felt he could run it off. In the end he needed to be withdrawn.” – Eddie Howe on Bruno Guimaraes

Harry Kane (£11.7m) avoided his fifth caution of the season in the north London derby but failed to return in another poor Spurs display.

The England captain was denied by an inspired Aaron Ramsdale (£4.9m) either side of the break and racked up four shots in total, but touched the ball just 36 times, the fewest of any outfield starting player.

There was a bit more edge to Spurs in the second half, with Dejan Kulusevski (£7.9m) in particular looking dangerous, but it was too little, too late, despite the return of Richarlison (£8.4m) from injury.

“Today it was good to see Kulusevski again. I was taking a bit of a risk to put him in the starting XI, as he had only had three days in training sessions with us. It was good to see Richarlison back in the last 20 minutes, too. Rodrigo Bentancur is also very close to coming back in the team.” – Antonio Conte

Tottenham have now lost four of their past five Premier League home games, conceding two or more goals on each occasion.

The form of Hugo Lloris (£5.5m) certainly isn’t helping, with the Frenchman flapping Bukayo Saka’s (£8.1m) deflected cross into the net on Sunday. Across the season, he has made four errors leading to an opposition goal, twice as many as any other player.

With new signing Mykhailo Mudryk watching from the stands, the 18-year-old impressed and always looked a threat in the offensive areas. It must be said he is struggling with his finishing a bit, but he is getting into good positions and caused Nathaniel Clyne (£4.5m) all sorts of problems on Sunday.

Tactically, it sometimes looked like Chelsea were playing a back four with Trevoh Chalobah (£4.6m) at right-back. However, he would tuck in when Chelsea attacked, allowing Hall to push on and provide the width down the Blues’ left side.

There are a lot of injuries and personnel not available to Graham Potter right now who could be first choice. However, Hall feels like a very good fit for a wing-back system, which Chelsea could potentially use on a regular basis once Reece James (£5.7m) returns from injury.

Elsewhere, Benoit Badiashile (£5.0m) made his first start following his transfer from Monaco.

“It was Benoit’s first Premier League game, he did really well. Koulibaly has had a lot of football recently, and the turnaround from Thursday night to today was short. He passed the ball well, when he needed to head it out he did, he’s obviously adapting to the Premier League. He’s going to get better and better, but the first game was very positive.” – Graham Potter on Benoit Badiashile

Kepa Arrizabalaga (£4.6m), meanwhile, racked up his second double-digit haul of the campaign, with 10 points courtesy of a clean sheet, five saves and maximum bonus.