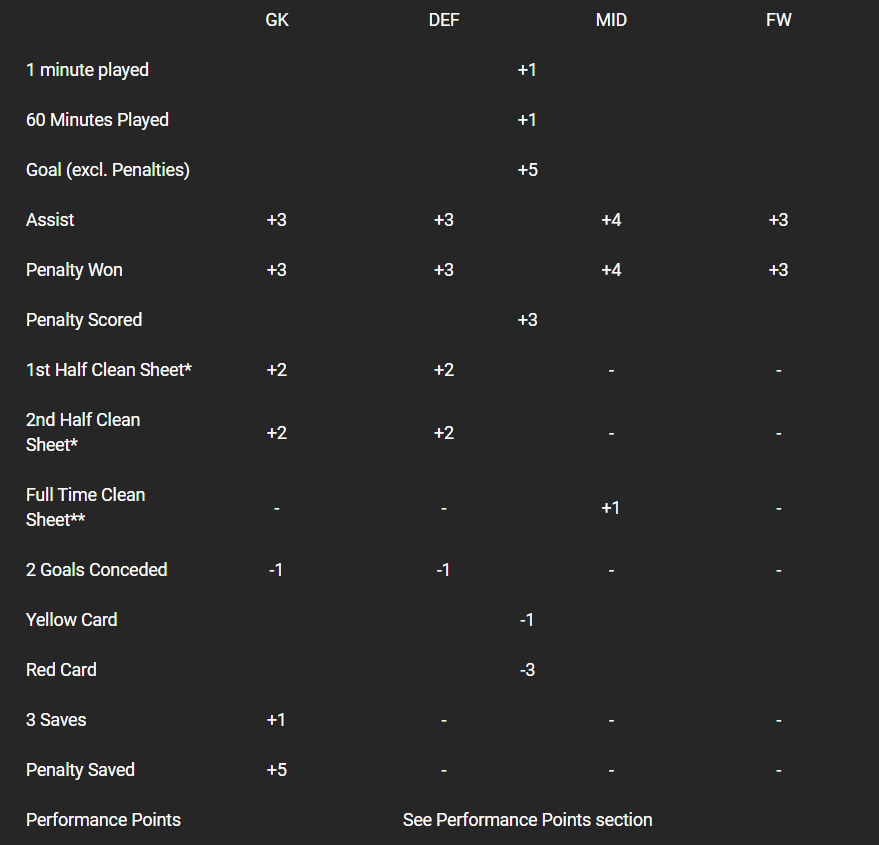 GAFFR have announced the return of the Fantasy EFL Championship for the 2022/23 season.

Built by Fantasy Football fanatics with the help of the FPL community and Championship supporters, they’ve added some inventive new features for the upcoming campaign.

If you’re a new player, the growing community is on hand to provide podcasts, video streams, fixture tickers and data to help you get up to speed before the season starts and support you throughout the year.

So, how do you play it? Here’s an introductory guide.

The budget, team selection and transfer system will be familiar to FPL players. You can make one free transfer each week, which will be carried forward if unused, up to a maximum of two free transfers in a week.

Any additional transfers will incur a four-point deduction to your Gameweek score.

Your captain receives double points as usual but your vice-captain also gets a 1.5x multiplier applied.

If either of your captains do not play, the selected ’emergency captain’ comes in and picks up the extra points instead.

The three captains come in useful later – more of which in the ‘boosts’ section below.

Performance Points are equivalent to FPL’s bonus points and can have a significant impact on a player’s score. The maximum bonus is +4 for the highest-ranked player in a given match, with +3 to the next highest and so on.

These points are awarded based on a number of factors, not just goals and assists. Defensive actions, key passes, successful dribbles and other actions are all taken into consideration by the algorithm, with a full breakdown on the GAFFR site’s rules section.

Boosts are the GAFFR version of the chips system but with a twist.

The season is split into three periods of 15 Gameweeks. There are six boosts to choose from in each period, of which you can pick three.

The boosts are refreshed at the end of every period and you begin again. The idea is to give managers the flexibility to choose the boost that suits their strategy and position in the standings.

There are 16 boosts in the game and any six can appear in a given refresh. Below are a few examples:

Use this wisely. You can make unlimited transfers for the Gameweek used. These are permanent changes to your team and will not revert the following Gameweek.

Defenders score double. No captain multipliers applied for any player or position.

Each goal scored adds an additional five points to the total. This includes penalties and goals scored by substitutes. Captain multipliers do not apply to the five-point bonus.

As chosen by the Twitter community. All players playing away from home score double.

A fan favourite. Your goalkeepers score an extra +2 for every clean sheet, +3 per save & +10 for a penalty save.

If you’ve got any more questions, check out the FAQ section on the GAFFR site or get in touch on Twitter.