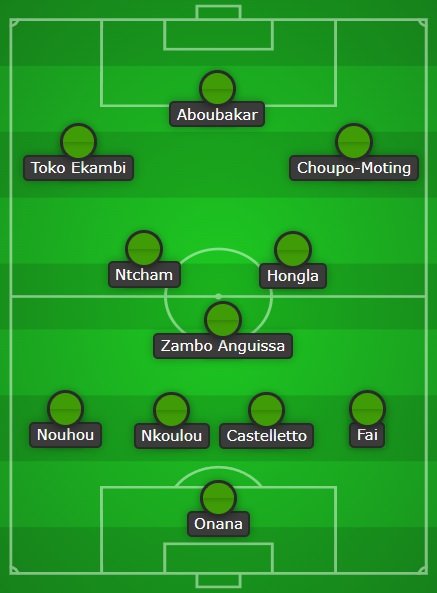 Our World Cup Fantasy team previews continue with a look at Cameroon, the Group G underdogs placed alongside Brazil, Switzerland and Serbia.

In these country-by-country guides, Fantsay Football Scout be looking at the best players from each nation, taking a stab at predicted line-ups, reviewing the road to Qatar and more.

The eighth World Cup appearance of Cameroon is more than all other African nations and expectations back home are surprisingly high. All group matches ended in defeat at the 2010 and 2014 tournaments.

After overcoming a defeat to Ivory Coast to top Group D, a breathtaking period of extra time in Algeria secured their play-off success. Ahmed Touba seemed to give the hosts a dramatic 118th-minute win, only for Karl Toko Ekambi ($7.0m) to react with a goal deep into stoppage time.

Third-placed came when hosting this year’s African Cup of Nations but it was concerning to see them lose without scoring in recent friendlies against South Korea and Uzbekistan. Last week’s draw with Jamaica was meant to allow fans to bid farewell to the squad but only three players are actually going to Qatar.

Coach Rigobert Song is their most-capped player of all time and played at four World Cups but there are doubts over his ability as a manager. It doesn’t help that they’re grouped with Serbia and Switzerland, as they haven’t tested themselves against a European nation since Germany in the 2017 Confederations Cup.

That clash with Korea was their only one of 2022 in which they faced a nation heading to Qatar: they lost to nil, didn’t have a single ‘big chance’ all game and recorded only 36.6% possession.

The domestic optimism likely won’t last, with early elimination the likely reality. In fact, any points gained against their three opponents should be deemed a success.

The side has pace, which European opponents will not like to face in the Qatari heat. Furthermore, for all the squad’s quality and quantity problems, their spine is made up of players at top European clubs.

Nicolas Nkoulou ($4.5m) has ended a self-imposed five-year international exile and will play at centre-back but defence is still a weak point for the central African side. As is depth and Song’s lack of management experience.

Joint top-scorers during qualifying were Choupo-Moting and captain Vincent Aboubakar ($8.0m), who is on penalties, but they seem fairly overpriced in the game and the reality is that there’ll be very few takers in Fantasy circles.

They’re joined by some other talented attackers like Ekambi, Nicolas Ngamaleu ($5.5m) and Brentford forward Bryan Mbeumo ($7.0m), who is one of several newly-nationalised names recently brought into the mix by federation president Samuel Eto’o. Other arrivals include Georges-Kevin Nkoudou ($5.5m) and Olivier Ntcham ($5.0m).