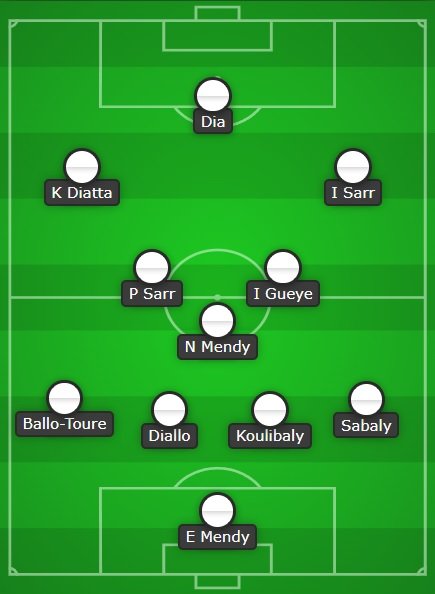 Our World Cup Fantasy team previews continue with a look at African champions Senegal, fresh from the sad news that star player Sadio Mane ($8.5m) has to miss out due to injury.

The early months of 2022 have seen Senegal deliver two heartbreaking penalty shoot-out defeats to Egypt. February’s brought them their first-ever African Cup of Nations trophy and then, in March, spot kicks secured a World Cup spot after drawing 1-1 on aggregate.

On this wave of momentum, Africa’s best team will expect to reach the knockout stages with a star-studded squad and a coach in Aliou Cisse who helped their 2002 side reach the quarter-finals.

Qualifying from Group H was easy, dropping just two points whilst all five wins were by at least a two-goal margin. The playoff versus Egypt was tougher and required a penalty shoot-out.

Seven of this year’s 13 outings were at the triumphant African Cup of Nations, with two more trying to qualify for the next one.

September friendlies against Bolivia and Iran could possibly have been arranged with their Ecuador and Qatar games in mind.

Getting to the next round could easily come down to the Matchday 3 clash with Ecuador and, boasting a good squad, they represent their continent’s best chance of reaching the knockout stage.

Their defensive unit consists of talent from Chelsea, AC Milan and RB Leipzig and they used it to grind results out in those African Cup of Nations group games.

What was set to be the strength now leads to weakness, as Mane’s devastating injury will now ask questions of their attack. He was the only Senegalese player to score more than once during their January and February success. Without him, suddenly their lack of a prolific centre-forward looks problematic.

As the official FIFA World Cup Fantasy game allows mid-Gameweek player switching, Senegal’s Group A placing will be appealing as their players can quickly be swapped with a substitute if they blank.

Goalkeeper Edouard Mendy ($5.5m) is very expensive, so AC Milan full-back Fode Ballo-Toure ($4.0m) is likely the best route into clean sheets. Furthermore, if it doesn’t work out, just switch him out for someone on your bench.

Watford winger Ismaila Sarr comes in as a $6.5m forward, with Boulaye Dia ($5.0m) expected to start up front. For managers who want money distributed elsewhere, Dia is a cheap third forward who either scores or makes way.

Here’s another maverick shout for budget midfielder fans: spolier Idrissa Gana Gueye ($5.5m) could not only prosper from tackle bonus but he’s also on a share of set plays for his country, so he could chip in with the odd assist or perhaps a key pass bonus from the engine room.