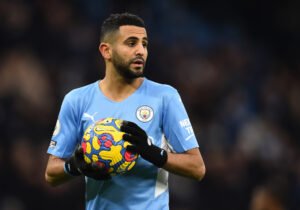 In this, the second of a two-part double-header, we round up the key Fantasy Premier League (FPL) talking points from the weekend’s FA Cup action.

-kick, taking the Algerian up to six goals and two assists from his last seven outings.

Head coach Pep Guardiola loved the performance, saying his levels have gone up in recent weeks.

“The quality from Riyad is everything. He loves to play football, helped us to play the game, he played really good and at 0-0 that can happen. He played an outstanding game playing wider. Good game.

“He never lost the love [for football]. But if Riyad is sitting here I would say to him: the way Riyad is training and playing right now – even when we were in Abu Dhabi when we trained for a few days – it was absolutely not the same. I was completely fair.

“When they play in this way and they complain, I can say ‘yeah, you are right, you deserve to play’. But before, he cannot play because he is not playing at the level he is playing now. Sometimes I have to let them see in their own mirror who they are.”

So could he be an alternative route into their Double Gameweek 20 midfield? FPL managers may not want to sacrifice Mohamed Salah (£12.9m) for Kevin De Bruyne (£12.5m) and the more explosive Mahrez is there for £5m less.

It’s a particularly bad time to be predicting Pep’s line-ups but it’s interesting to note that – since joining in 2018/19 – Mahrez has started all five trips to Spurs but none of the five at home.

Unfortunately, after Saturday’s Manchester derby, the champions will be hosting Spurs.

Phil Foden (£8.2m) and Kyle Walker (£4.8m) kept their places from Gameweek 19 and were much improved, boosting hopes for owners that they might have a significant part to play in the upcoming doubles.

The 20th and final Premier League team in FA Cup third-round action were Arsenal, who eventually saw off Oxford United 3-0 on Monday night.

A brace for Eddie Nketiah (£6.5m) kept up his fine record in the absence of Gabriel Jesus (£7.9m), with Gabriel Martinelli assisting the forward’s second strike.

“He showed great composure. He is a great finisher and the timing of his runs as well. The decision making to wait to the last moment shows his quality. It’s not only that – his understanding, his work rate I think is getting better and better. And I’m really happy with him.

“The problem is we have only one! And to go for that many months til Jesus is back is not easy. But we have to get the most out of the players that we have at the moment and if we can have some reinforcements – great.” – Mikel Arteta on Eddie Nketiah

Of note to Martinelli was the first appearance in months for the fit-again Emile Smith Rowe (£5.6m), who was the Brazilian’s positional rival for much of 2021/22.

“It’s good. It’s been four months since he played so I think it was a perfect game to give him some minutes, to get off the blocks and now he needs to start to get available and start to play at the highest level because we’re going to need him.” – Mikel Arteta on Emile Smith Rowe

There was a scare for owners of Bukayo Saka (£8.1m) when the midfielder was forced off after 75 minutes but his manager assuaged fears of an absence after full-time.

“He is fine. He’s fine.” – Mikel Arteta on Bukayo Saka

Four teams will play twice in Gameweek 20, including Manchester United. It’s a good time for popular right-back Diogo Dalot (£4.7m) to return from his hamstring injury, although the re-emergence of Aaron Wan-Bissaka (£4.3m) is a threat to his FPL appeal.

Up until Gameweek 15, Dalot had started all league games for Erik ten Hag, yet the three post-World Cup encounters have seen Wan-Bissaka step in and collect three clean sheets.

Speaking after he featured in Friday’s 3-1 cup win, Dalot says he embraces the challenge.

“I learn a lot with Aaron, I’m sure he learns a lot with me as well. I think this is good and healthy competition that we have. I think in this squad we have at least two players for each position, a lot of players that can play other roles, so I think this dynamic makes us stronger, makes us better.

“I think we have good headaches to give to the manager and I think this is a good problem for him. We just have to give our best when we have the opportunities to play, not take that for granted because I think at this club, the demands are so high.”

Having rolled over Crystal Palace in the second half of their Gameweek 19 match, Antonio Conte was able to change seven of his first eight players against Portsmouth but had to stick with Harry Kane (£11.6m), Son Heung-min (£11.6m) and Bryan Gil (£5.0m) as the front three.

That’s because Dejan Kulusevski (£7.9m) and Richarlison (£8.4m) were again absent with their muscle and hamstring injuries. Much-maligned Gil continued his recent upturn in form when grabbing an assist at Palace and, at this price, could tempt some managers for Double Gameweek 20.

Yet it sounds like Kulusevski has a strong chance of facing Arsenal on Sunday.

“Well, not for all the players we are so confident but we are confident we’ll recover someone.” – Spurs assistant boss Cristian Stellini on the possibility of injured players returning for the north London derby

The pre-season prospects of Nottingham Forest full-back Neco Williams (£4.0m) have dampened with just one league start from the last possible six. Things have gotten worse over the weekend, as his poor performance at Blackpool ended with taking a blow to the nose that forced his withdrawal.

Elsewhere, Newcastle United were finally able to welcome back record signing Alexander Isak (£6.6m). The Swedish international had only made three appearances before a thigh injury of almost four months. He played the first half at Sheffield Wednesday and, while rusty, his availability could soon affect the game-time of Callum Wilson (£7.2m).

“Hopefully, Saturday will do him good and he’ll be involved versus Leicester [Carabao Cup quarter-final]. We want him fit and available as quickly as possible. I felt that 45 minutes was his maximum. A bit of a cliche but he would be like a new signing because we haven’t had him for a long period of time.” – Eddie Howe

Finally, cheap full-back Hugo Bueno (£3.9m) was rested for the draw at Anfield, suggesting his run in Julen Lopetegui’s starting XI will continue into a promising fixture run that begins from Gameweek 23.