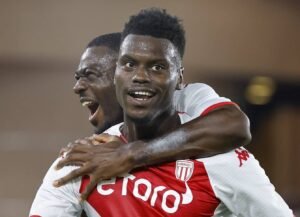 The most significant players on the move will be the subject of their own dedicated Scout Report but all the other transfers will be covered in summaries throughout January, starting with this one.

The impressive 6’4″ left-footer has already played 135 times for Monaco and twice for France’s senior side, although he didn’t take part in the World Cup.

He is fast and comfortable with the ball, specialising in sweeping diagonal balls from left centre-back out to the right wing.

“Well he’s a young centre back that’s played a few games all ready. Physically really good, left-footed which is a profile we haven’t got so much, so he comes into the squad and we’re excited to work with him”. – Graham Potter

An unused substitute during Sunday’s FA Cup defeat at Manchester City, Badiashile will only lessen the FPL appeal of buying a Chelsea centre-back knowing there’s another name in the mix. It perhaps also means that Cucurella is less likely to be used there, denting his prospects once Ben Chilwell (£5.8m) returns from injury.

Chelsea signing number two is 20-year-old forward David Datro Fofana (£5.0m) – not related to Wesley – who was given a cameo on Sunday.

Norwegian side Molde have produced the likes of Ole Gunnar Solskjaer and Erling Haaland (£12.2m) over the years, with Fofana living in Haaland’s old apartment upon signing for them two years ago.

He went on to score 15 times during the 2022 Eliteserien season and, if Fofana can get anywhere near the Manchester City man’s goal record, perhaps that building will see a rise in property prices.

He’d certainly be an FPL bargain, although the Ivorian international is likely to either play a bit-part role or be loaned elsewhere.

It’s even more likely that Brazilian box-to-box midfielder Andrey Santos will be sent somewhere for first-team football, although there is a chance that he just spends the second half of the season with the developmental squad.

Aged 18, he has just helped Vasco da Gama to promotion thanks to eight goals in 33 appearances.

At Southampton, there’s no time to bed in young prospects during such a battle for Premier League survival: they’re at the very bottom of the division after six losses on the spin.

Nathan Jones at least now has money to spend in the transfer window after an unconvincing start to his reign, with 30-year-old international winger Mislav Orsic the first new recruit through the doors.

He arrives with plenty of pedigree. Not only did Orsic assist Croatia’s dramatic World Cup quarter-final equaliser against Brazil, but he also scored the winner in the third-place play-off.

Fifteen Champions League and 13 Europa League goals have contributed to his total of 91 strikes throughout 216 Dinamo Zagreb matches.

Haunting English sides is already a hobby of his, having scored a hat-trick past Spurs in March 2021 before netting versus West Ham United and then a winner against Chelsea four months ago.

Orsic’s quality isn’t in doubt but the appeal of Southampton assets is understandably low right now, even if they are near the top of the Season Ticker over the next seven Gameweeks.

It allows Marsch to reunite with a player he once made the Austrian Bundesliga’s most expensive signing in August 2019.

Leeds United’s surprise Gameweek 18 clean sheet at Newcastle United was only their third of this season, having conceded ten times in their previous three matches.

What Wober offers is aerial strength and an ability to play either at centre-back or left-back, although his 30 cup minutes at Cardiff City actually came in midfield.

“Max, you can see, is a man on the pitch. Not normally a six, but I know I can use him there. Calmed things down and made the right decisions” – Jesse Marsch

However, in terms of FPL, Leeds’ good fixture run should only be offering appeal to attacking assets like Rodrigo (£6.3m) and Crysencio Summerville (£4.3m).