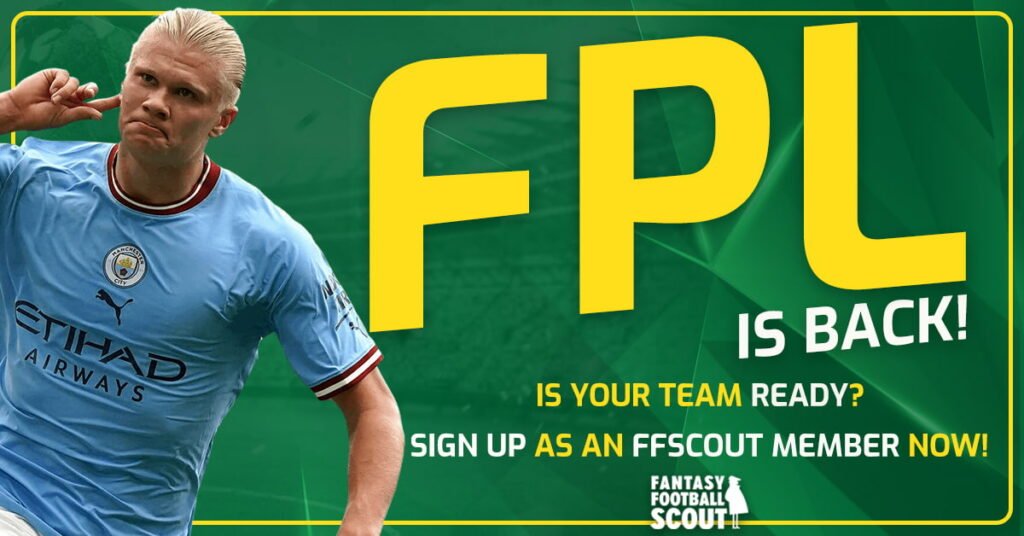 There’s plenty of Double Gameweek talk within the Fantasy Premier League (FPL) community at present, following the confirmation that four teams will play twice in Gameweek 20.

Arsenal and Manchester City also have two fixtures in Gameweek 23, while there’s a chance that further ‘doubles’ could be announced for Gameweeks 21 and/or 22.

The yin to the yang are the Blank Gameweeks.

In theory, these should be slightly easier to navigate: while we’re sometimes given very little notice about an upcoming Double Gameweek (like the imminent one), Blank Gameweeks are usually known about in advance – although Covid and royal deaths have made this not the case in recent years.

There are currently three (almost certain) Blank Gameweeks for us FPL managers to juggle: Gameweeks 25, 28 and 32.

Here we take a closer look at the teams already guaranteed a fixture, who could miss out and when we’ll know more information about them.

Don’t get alarmed by the seven ‘possible blank’ entries above, as there’ll only be a maximum of two fixtures being postponed (ie four teams blanking) in Gameweek 25.

Should League One side Charlton Athletic do the unthinkable and reach the EFL Cup final, there’ll only be one Gameweek 25 blank for us FPL managers.

After the completion of the EFL Cup quarter-finals on Wednesday night, we’ll be able to confirm three more Gameweek 25 fixtures as ‘on’ – or four if Charlton defeat Manchester United!

A tricky scenario for many FPL managers would be progression to the final for both Manchester clubs, who many of us will be going big on for their upcoming Double Gameweeks and beyond. Should Leicester City reach the final, meanwhile, then Arsenal – another team who are popular in FPL circles – would be staring at a Blank Gameweek 25.

We at least get four Gameweeks-worth of free transfers to help negotiate the blanks once the two finalists are known ahead of Gameweek 22.

If you’re going all-in on City and Arsenal in Double Gameweek 23, however, and these two sides blank in Gameweek 25, you could be down six players.

Carrying two free transfers into Gameweek 25 is the state-the-obvious early advice but a blank for City and Arsenal, for example, would no doubt see a bit of interest in the Free Hit chip.

This Gameweek might strangely be easier to manage, even though there’ll be more blanks.

There’ll be a maximum of seven postponements but in all likelihood and based on past clashes with the FA Cup quarter-finals, the number will be more in the 4-6 region.

We’ve already got Newcastle United definitely in action against Nottingham Forest, so a triple-up on the Geordies looks appealing.

The Gameweek could get even easier to manage if Arsenal are out of the FA Cup by the quarter-final stage, and there’s a good chance of that as they are set to face Manchester City at the Etihad in round four.

Getting a full XI out without a Free Hit might still prove problematic but what might affect your decision is a possible Wildcard window immediately afterwards. Not only does an international break follow but a significant-sized Double Gameweek 29 could be on the cards, too, so we will likely want to freshen our squads for that.

‘Dead-ending’ your squad into Gameweek 28 is one approach, then, as you could in one fell swoop bring back all the players you’ve offloaded in preparation for the doubles. A Wildcard in Gameweek 29 wouldn’t allow for a Bench Boost in the same week, it should be said.

What it clashes with: The FA Cup semi-finals.
Maximum blanks: Four fixtures (eight teams).
When we will know who blanks: After the FA Cup quarter-finals have been contested on the same weekend of Gameweek 28.
Any other information: A midweek round of Premier League fixtures (Gameweek 33) follows Gameweek 32, so there is no chance that any fixtures will be pushed back into the subsequent midweek.

We won’t spend too much time dwelling on this Blank Gameweek, which is over three months away and may fall for many after the deployment of a Wildcard.

Anything from zero to four blanks are possible.

Two fixtures are confirmed as being definitely on already, however.

Aston Villa and Everton are so far the only two sides who avoid a blank in Gameweeks 25, 28 and 32.

Have you given much thought to chip strategy yet? Let us know below.