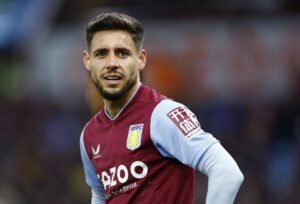 The most significant players on the move will be the subject of their own dedicated Scout Report but all the other transfers will be covered in summaries throughout January, starting with this one.

Should the shoulder pain linger for Digne, Moreno is immediately thrust onto the FPL radar at a decent price. However, after first facing Southampton (a) and Leicester City (h), he will have to face the league’s top two on consecutive weekends.

In 2017, Lemina arrived at Southampton for a club record £15.4m fee from Juventus but, after two seasons, was sent out on loan spells to Galatasaray and Fulham.

As a defensive midfielder, his FPL impact has been understandably low. Three goals and four assists have arrived during a trio of Premier League campaigns, none of which exceeded a total of 58 points.

Maintaining the momentum of two successive league wins, Nottingham Forest have decided to fend off competition from Chelsea in the arms race by securing their 24th post-promotion signing.

21-year-old Danilo (£4.5m) has recently been linked with a series of high-profile clubs but opted to join fellow January acquisition Gustavo Scarpa (£5.0m) in swapping Palmeiras for Forest.

A central midfielder, Danilo is low on goal involvement but was part of the Brazilian side’s recent successes in winning two Copa Libertadores trophies and the 2022 Serie A title.

Nathan Jones hadn’t planned on thrusting him into action so soon but he was handed half an hour during Saturday’s comeback win at Everton, suggesting he won’t be loaned out and is a player for now.

The Saints remain bottom of the league but avoid facing any of the top six between Gameweeks 21 and 26. If Alcaraz can repeat his rate of 13 goals from 83 matches, he will play a big part in their survival bid.